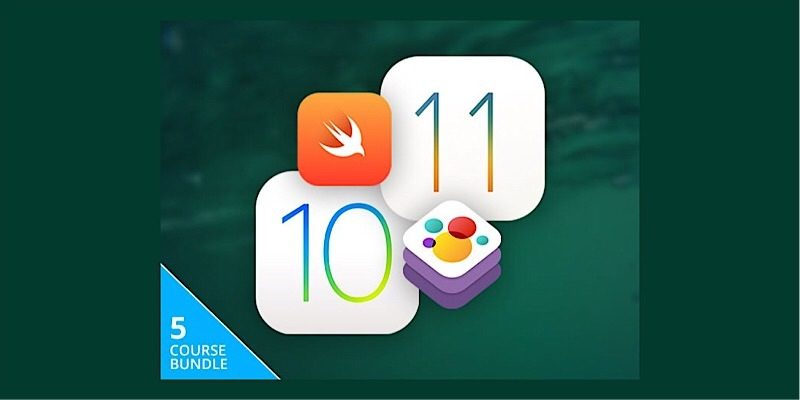 Why wait until iOS 11 is released to start developing? You can start developing for it right now while it’s in beta and public beta. With the PRE-SALE: The Complete iOS 11 Developer Course + iOS Mastery Bundle, you can get a head start on it. You’ll learn to build games with SpriteKit, code in Swift 3 for tvOS and WatchOS, and even learn how to develop for iOS 10. On this ten-year anniversary of the iPhone, you can start an all-new career developing for iOS.

Introduction to SpriteKit: Build Practical Games – You’ll learn to use this leading game engine to create 2D games for iOS, building clones of Breakout, Pong, and Space Invaders. You’ll learn to do all this even if you have never spent a day in your life coding.

Ultimate tvOS Guide for Beginners: Learn to Code in Swift 3 – It doesn’t matter whether you have coded for iOS before or not; you’ll learn the basics of making apps in Xcode and Swift to be used in iOS. You’ll use Swift 3 and will learn how to use it with other Apple mobile OSes as well. As you build a quiz app, a dialogue tree app, and an interactive story app, you’ll get a hands-on education.

WatchOS Beginner Crash Course: Learn to Code in Swift 3 – Even if you’re a novice in coding for iOS, you’ll learn the necessary fundamentals of using Swift and Xcode to create apps for watchOS. You’ll learn how to take what you learn here to other Apple platforms as well. You’ll even build a simple app on your own as you educate yourself on design and functionality.

The Complete iOS 10 Developer Course – While you learn about iOS 11, why not learn how to program for iOS 10, a little something to cut your teeth on. You’ll delve into iOS programming basics and learn everything you need to know about iOS 10, including the improved A.I. and Siri function. After you master iOS 10, you’ll be ready to learn about the new iOS 11 features.

The Amazing iOS 11 Course – Once you learn everything you can about iOS 10, as well as the watchOS and tvOS platforms, you’ll be ready for the all-new iOS 11. You’ll build more than thirty apps from scratch while learning about SpriteKit, Firebase, and the new features of iOS 11.

Get these five courses to start programming for iOS and other mobile platforms for Apple at 97% off.

Get $350 Off Google Pixel Slate, and Get Pixelbook Pen and Pixel Slate Keyboard for Free

Save 31% on the Amazon Echo Buds Wireless Earbuds