At some point or another you’ve probably noticed your phone taking longer to load apps, content or just being all around sluggish. One of your first steps to fix this is uninstalling apps you don’t use anymore. But what if after you do a massive uninstall your phone is still lagging?

It may come as a surprise that the apps slowing down your phone may not be all those unused apps but apps you use every day. The following are ten apps you should consider uninstalling if you’re having problems with your phone being sluggish. 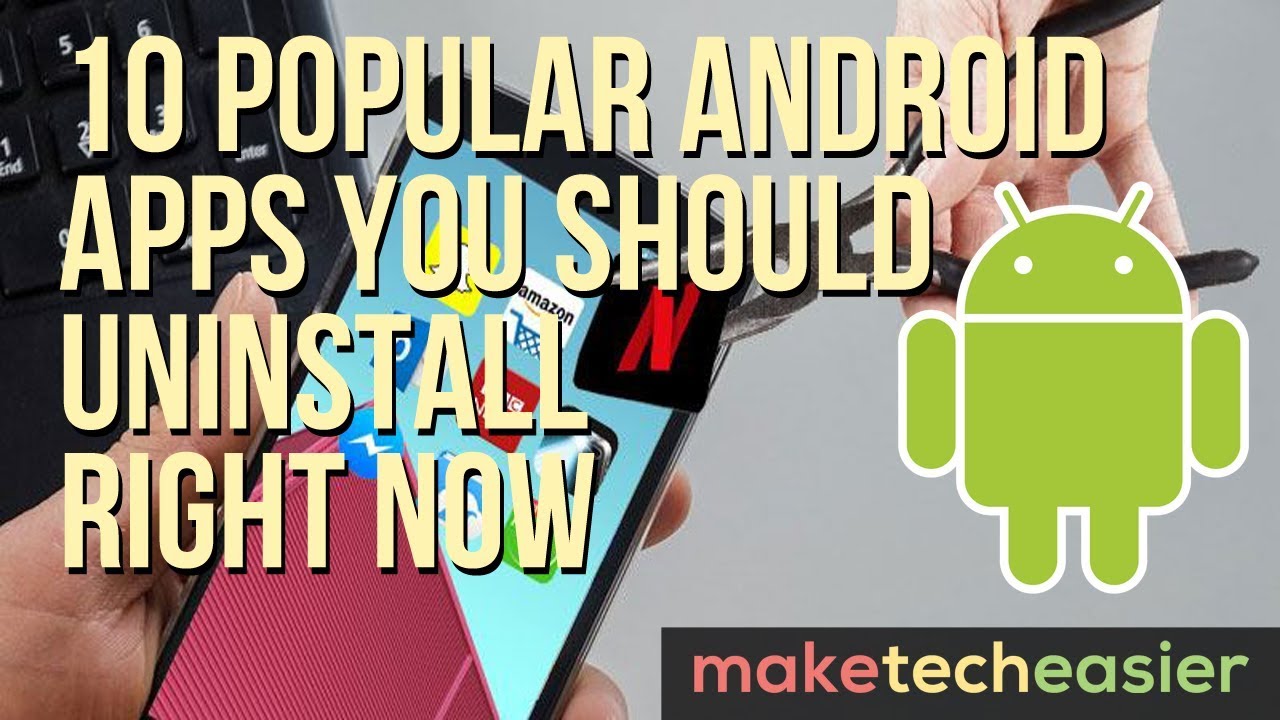 Snapchat is a lot of fun to use, but it’s one of the apps that consumes a lot of your phone’s resources. It can take up a lot of battery and memory usage just to post or view all those stories. Not only that, but it also downloads some discovery content, Live Stories and daily news.

If you shop Amazon regularly, there’s a good chance that you have the app installed. You might want to consider accessing your Amazon account through your browser instead of the app. It’s known to drain a lot of your phone’s battery since it operates in the background to keep you up to date on promotions and current offers.

By being a Netflix user you keep your phone on for extended periods of time since your favorite TV shows last at least 30 minutes. Plus, if you have your display brightness is set too high, you’ll definitely need to recharge once you’re done watching.

The Outlook email app is probably another reason why you’re always charging your phone. Having the sync frequency set too high doesn’t help either and regularly checking the app also drains your phone’s battery. You can uninstall Outlook and use the default Android Email app to check your emails. It might not be as nice, but at least your battery will last longer.

If you like to stay informed on what’s going on in the world, you may use an app like BBC News. The downside to that app is not the news but how much battery it takes up. Instead of installing the app, I recommend that you create a shortcut to the BBC News website.

Having a flashlight app is always useful for things such as power outages. Be careful not to install just any flashlight app because they could be collecting more data than you’d like. For example, Brightest Flashlight-Multi LED is a very popular app that asks for way too many permissions.

Instead of asking permission for just your phone’s camera, it asks permission for things such as identity, contacts, location, phone, photos, WiFi information and more!

You’re probably thinking that there is no way on the face of this planet that you’re going to uninstall Facebook. But, maybe after seeing all the permissions you’ve said yes to, you might opt for accessing Facebook through your preferred browser.

Not only are these two apps two of the biggest battery drains, they also ask for way too many permissions. If you have the app installed, Facebook has permission to delete anything in your internal storage, tracks your exact location, can see who you’ve contacted (even if it’s not on Facebook), gives continuous access to your microphone, and more!

ES File Explorer may be the most popular file explorer app on Google Play. There’s a reason for that, and it’s because it used to be very good. The free version of the file manager app now comes with adware and bloat-ware that’s always bothering you to install more apps.

CLEANit is another app you should uninstall right now because the features it has will only harm your phone. For example, clearing your cache too often will slow down your Android device and closing the apps that are open will also drain your device’s battery.

When CLEANit closes other apps, it slows down your phone since those apps will eventually open again using up more of your device’s resources.

Don’t let the hype over Dolphin Browser fool you. This app is a tracking nightmare. It saves the sites you visit even if you’re in incognito mode. I’m sure you can find another great option for surfing the Web.

The above-mentioned apps are popular for a reason, but as you can see, using them comes at a price. Give it a long thought if you want to continue using these apps and sacrifice too much in the process. What app would you add to the list? Leave a comment below and let us know.

Is this article useful?
Fabio Buckell

Just a simple guy that can't enough of Technology in general and is always surrounded by at least one Android and iOS device. I'm a Pizza addict as well.

11 of the Best DLNA Streaming Apps for Android

How to Share Files Between Android and Windows on Your Network

6 of the Best Game Boy Advance (GBA) Emulators for Android

How to Stream from Android to Airplay

How to Mount an SD Card on Your Android Device

Top 7 Fixes for Google Play Store My Apps Not Showing

How to Sign Out Of Google on Android and Desktop