It’s been a big week for Flappy Bird gamers. Almost from nowhere, Flappy bird emerged to become the number one played game in the App Store and Play Store free app charts. And since then, it’s become a real rollercoaster ride. Reports first emerged that the developer of Flappy Bird, a single man living with his parents in Vietnam, was earning more the $50,000 per day from in-game ads. Then, came the news that the game’s developer actually hated the attention his game was receiving. The hit game was abruptly pulled from the App Store and Google Play, with the developer behind the popular title seemingly unable to handle the sudden wave of media attention. At this point in time it looks very much as though the game isn’t coming back, and naturally, some have sought to capitalize on this sad fact.

As is the norm with anything that becomes famous these days, copycat titles have already started spawning for Flappy Bird.  A particularly funny guy has come up with a game called “Flappy Doge“, which is a web-based browser game which replaces the “bird” in Flappy Bird with a character called “Doge” who is an Internet meme depicted by a Shiba Inu dog. But hey, if you just want your old game back, there’s also an HTML5-based clone edition of Flappy Bird, too! 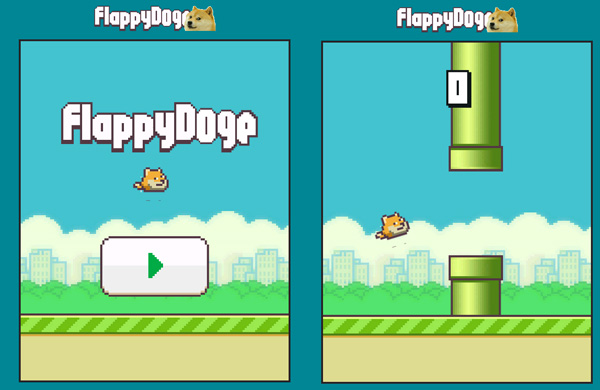 Actually, the Web-based clone of Flappy Bird is a little smoother than Flappy Doge, which accounts for some of my free time! But the fact is we still want Flappy Bird to return on our iOS and Android devices, and we’re not counting on that happening. We’ll probably see a couple of spin-off editions, but the chances of the return of the insanely-popular game to the App Store and Play Store seem remote. 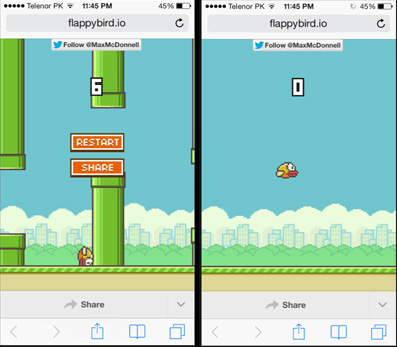 Still, if you want to give the Web-baed Flappy Doge or Flappy Bird a try, head over to dogetek.co/game or flappybird.io to get started!

Once you play these, be sure to tell us your high score in the comments below.