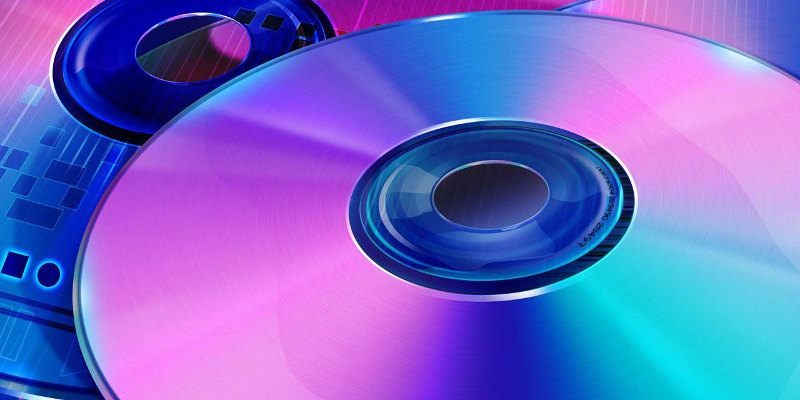 Many commercial DVDs are encrypted with CSS (Content Scramble System) to prevent you from making copies or watching them on unsupported players. If you want to be able to play encrypted discs in Linux, you need to install a library called libdvdcss that enables decryption.

Due to the legal implications of using such a library, many distributions do not include it in their software repositories by default. However, you can easily install it to get DVD playback functionality on a variety of video players.

This tutorial will walk you through how you can play encrypted DVDs with VLC media player.

The first step is to install the libdvdcss package through your distribution’s package manager.

Fire up the terminal and enter the following commands:

If you run Ubuntu 15.10 or newer, enter the following commands instead:

Follow the instructions that appear on your terminal to let it compile and install libdvdcss. 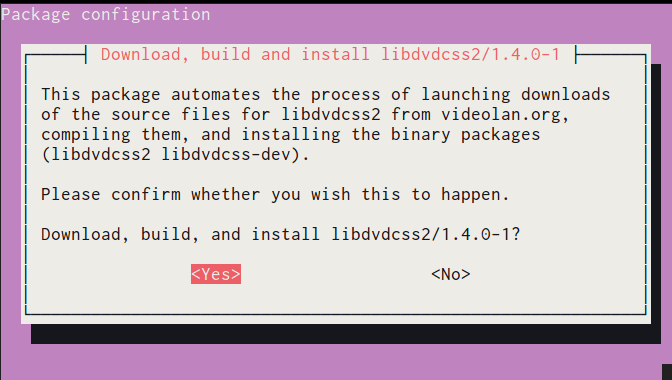 To install libdvdcss on Fedora 25, you need to activate the Livna repository first and update your software sources.

The commands listed above should work on most Ubuntu-based distributions. For other distros, you can perform a web search on how to install libdvdcss on your system.

VLC is available in the software repositories of many Linux distributions by default. On Ubuntu you can install it from the Software Centre or by typing the following commands in the terminal:

Fedora users can install VLC in pretty much the same way except that the RPMFusion repository must be activated first as shown below. 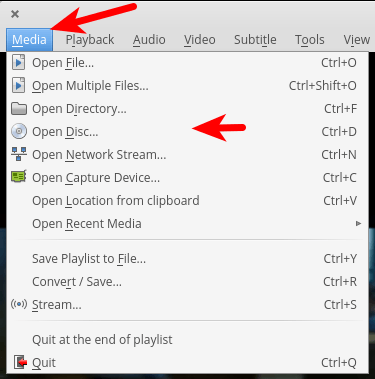 Once you have completed the steps above, insert your DVD and launch VLC. Click the “Menu” option and select “Open disk” or use the “Ctrl + D” keyboard shortcut to launch the media dialog.

Under the “Disc” tab, select the DVD option. VLC should automatically detect the path where your DVD has been mounted. If not, you may need to enter the path of your DVD drive here. Once satisfied, click the play button. Your DVD should begin to play. 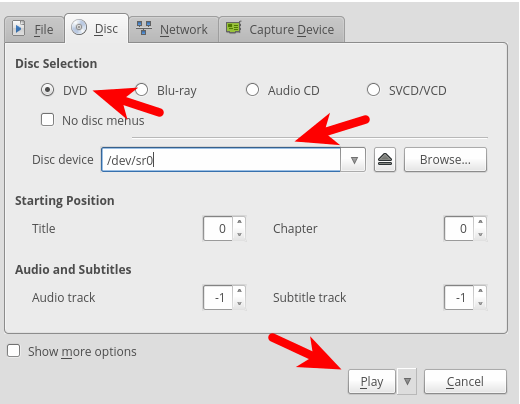 If it doesn’t work right away, give it a few minutes to finish loading. I noticed a short delay when playing some DVDs. If it doesn’t work at all, try rebooting your computer to ensure VLC is using libdvdcss correctly.

That’s all there is to playing DVDs on Linux. Keep in mind that other media players may work as well,  although some may require additional steps. Let us know if this tutorial was useful for you in the comments section below.