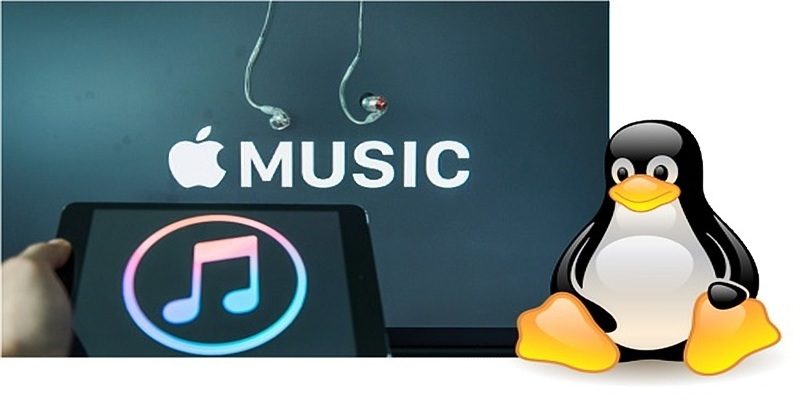 Is it really possible to play Apple Music in Linux? The answer is yes – it’s just a little harder and requires some workarounds.

iTunes is the primary way that owners of iPhones and iPods use to sync media such as movies, music, and other data between devices. Unlike Spotify that has a native Linux client, Apple doesn’t have a native version of iTunes for the Linux operating system. What’s worse, you can’t even transfer any Apple Music songs you’ve downloaded to Linux for your enjoyment as they’re DRM-protected.

Apple hasn’t shown any interest in supporting this yet.

However, even without native support, there’s a silver lining to get around this using alternative ways. There are two main methods of playing Apple Music in Linux:

Like other Apple digital media sold on iTunes, Apple Music is locked by Digital Rights Management, also known as DRM protection. With DRM protection, you can only play the music with an Apple ID on authorized devices. This means if you want to listen to tracks on other platforms, you’d have to bypass DRM protection from Apple Music and copy the unprotected tracks to Linux without installing iTunes.

To do this, you’ll need an Apple Music DRM protection removal tool like TunesKit Apple Music Converter, the latest iTunes version installed on your computer, a computer running Windows or Mac OS, and a portable USB flash drive. 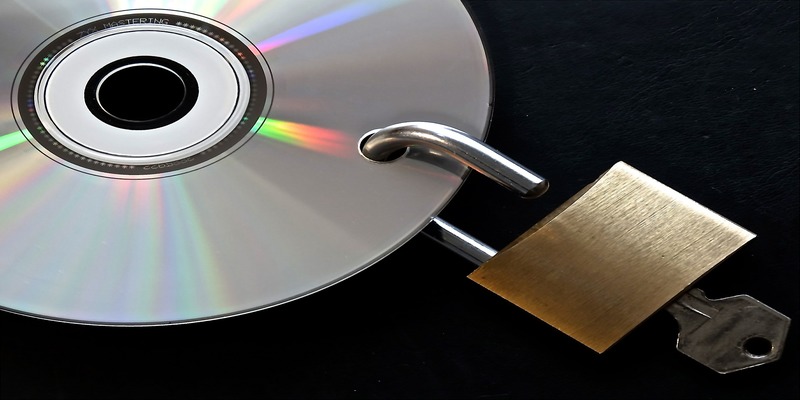 TunesKit is available on Windows and macOS and can convert DRM-locked Apple Music tracks without loss to common formats including MP3, WAV, AAC, FLAC, and others supported by Linux.

2. Click “+” at the top-center (this loads the offline songs from Apple Music to TunesKit), or drag the files to the conversion window.

4. Select the output format you want.

5. Adjust parameters like channel, codec, sample or bit rate if you want.

7. Go to your History folder to find the DRM-free songs.

9. Copy the DRM-free songs to Linux.

Once all this is done, you can comfortably enjoy Apple Music without iTunes on your Linux machine.

Run iTunes on Linux via VirtualBox 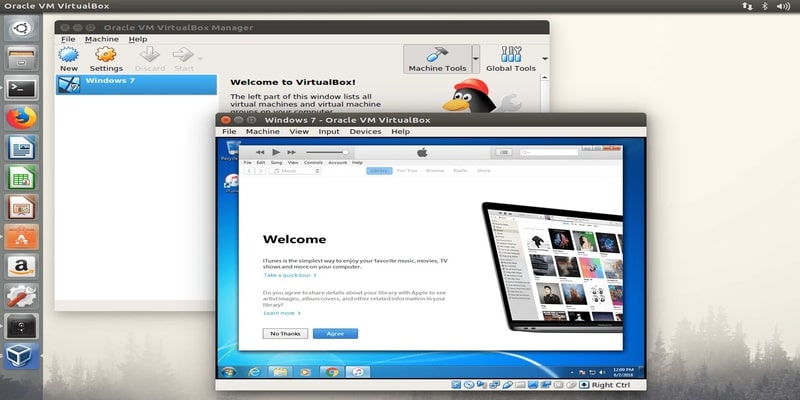 This is a little bit of a cheat because it requires that you install VirtualBox and Windows on your Linux computer, but it should work.

To run iTunes on Linux using this tool, you’ll need a Windows version to install in VirtualBox and will need to follow the below steps.

1. Install VirtualBox in your Linux distro. It should be available in the repository or Software Manager.

3. Launch and follow the instructions on your screen to create a virtual Windows computer. (You may need the Windows install disc).

4. Once Windows is installed, launch your favorite web browser for Windows.

You can now play your Apple Music on a Linux computer.

Run iTunes on Linux via Wine

Wine is a compatibility layer that can run Windows apps in several POSIX-compliant OSs like macOS, Linux, and BSD. It translates Windows API calls into POSIX calls instead of simulating internal Windows logic like an emulator or virtual machine. This way the memory and performance penalties of other methods are eliminated, allowing you to integrate Windows applications cleanly onto your desktop.

iTunes 12.x was given a silver rating in Wine DB, so it will work fine on Linux, albeit with some bugs and issues.

To install iTunes on Linux using Wine, use Ubuntu 18.04 and following the below instructions.

1. Open a terminal and type:

3. In your terminal type:

4. The installation will begin and run. Once finished, you will be able to launch iTunes.

This is probably the best you’ll get for now or at least until Apple decides to release an iTunes version for Linux (which is probably never).

Are you able to listen to your favorite jams on iTunes from your Linux machine now? Share your experience in the comments below.