When it comes to open source operating systems, Linux is the clear champion, however it isn’t the only free option available. Way back in the history of computing, a branch of the Unix operating system was released by the University of California, Berkeley. Known as BSD Unix, this branch still lives on in various guises in operating systems like FreeBSD, OpenBSD and NetBSD. Each of these BSD derivatives brings something unique. With OpenBSD, it is an emphasis on security, with NetBSD a focus on portability and with FreeBSD a vision for a general purpose server operating system.

One problem with the BSD line of operating systems is that they are built for servers and/or embedded solutions and completely ignore the desktop. Installing FreeBSD as a desktop operating system is possible; however, it is fraught with difficulties and isn’t to be attempted by the technical novice. This is where PC-BSD fits in. It is a version of FreeBSD but designed for the desktop. Easy to install and easy to use.

So how does PC-BSD measure up to one of the top Linux distributions like Ubuntu? The installation process for both operating systems is quite straightforward (especially if you are comfortable with installing operating systems). Both platforms can be booted from DVD or a USB stick and then installed. Both PC-BSD and Ubuntu take the users through the different steps with easy-to-read instructions, and you don’t need to get your hands too dirty to get the job done. Overall, Ubuntu probably has the edge in terms of sleekness, but PC-BSD’s process was easy enough, especially since it was the first time I have ever installed it. 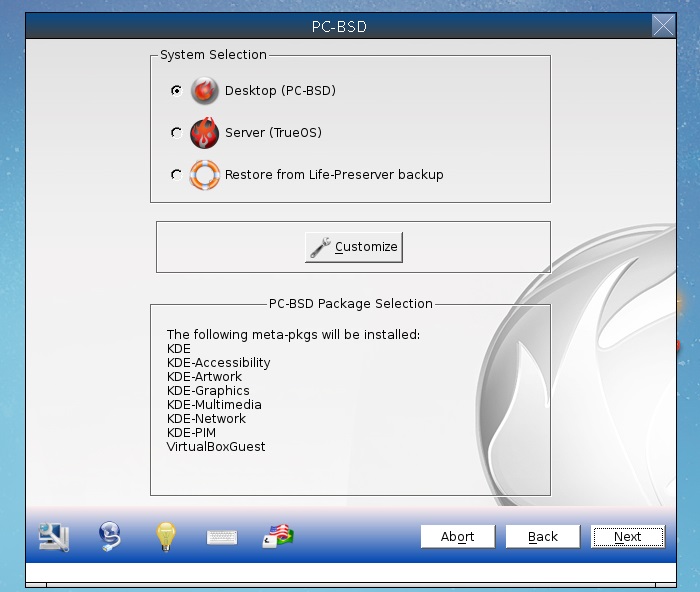 The most striking difference between PC-BSD and Ubuntu Linux is the design of the desktop. PC-BSD uses KDE whereas Ubuntu uses Unity on top of GNOME. At this point it would be all too easy to get into a comparison between Unity and KDE but that would miss the fundamental differences between the two operating systems. For those who like KDE there is an official KDE based Ubuntu derivative called Kubuntu. 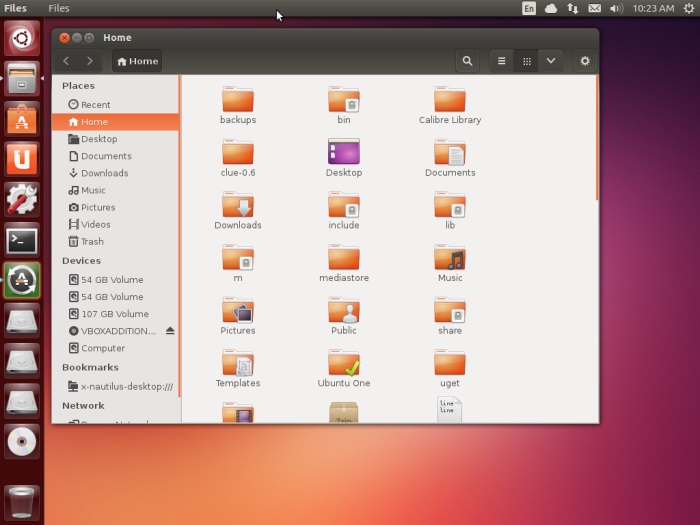 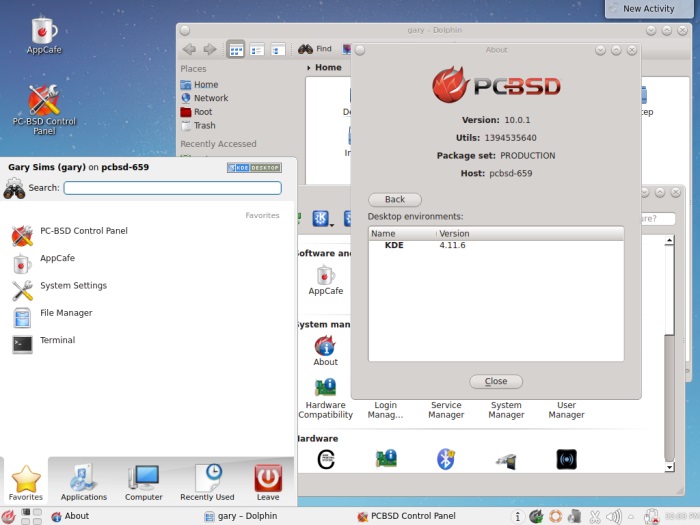 Both Ubuntu and PC-BSD support the major productivity applications including OpenOffice, LibreOffice, Firefox, Chrome and so on. For multimedia, both support programs like VLC and Audacity, and both support running Windows programs under WINE. 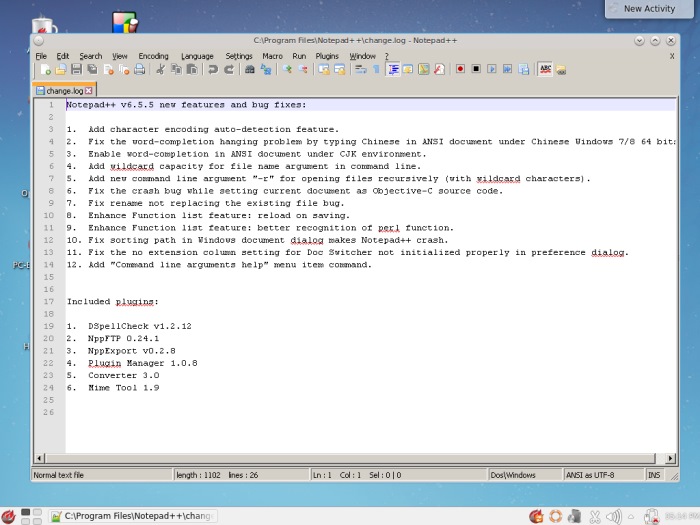 Installing programs is a little different on the two platforms; however, the idea is essentially the same. Ubuntu uses its Software Center as a single interface for installing and uninstalling programs. The main page offers a selection of recommendations and top-rated programs along with a list of categories to browse. It also has a built-in search facility which can help locate relevant packages. 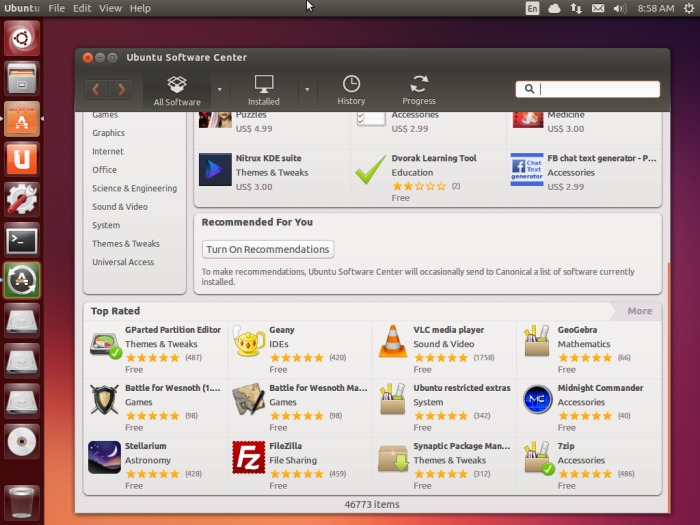 On PC-BSD, there are two applications for installing additional software. Historically, installing software on FreeBSD has been tricky, so PC-BSD invented a new, easier system. At the highest level is the AppCafe which offers an easy one-click solution to installing the most popular packages such as Firefox or OpenOffice. The AppCafe offers a range of recommendations as well as categories and a search facility.

The problem with AppCafe is that it doesn’t cover every program available for PC-BSD. In most situations, this probably isn’t an issue. However if you need to install a low level package, you will need to use the System Package Manager which isn’t as friendly as AppCafe. For example, to install the file encryption tool “ccrypt” on Ubuntu you just search for “ccrypt” in the Software Center, click on the package and install it. On PC-BSD “ccrypt” doesn’t appear in the AppCafe but it is available from the System Package Manager. What this means is that there will be moments when you need to search two places to see if a program is available. 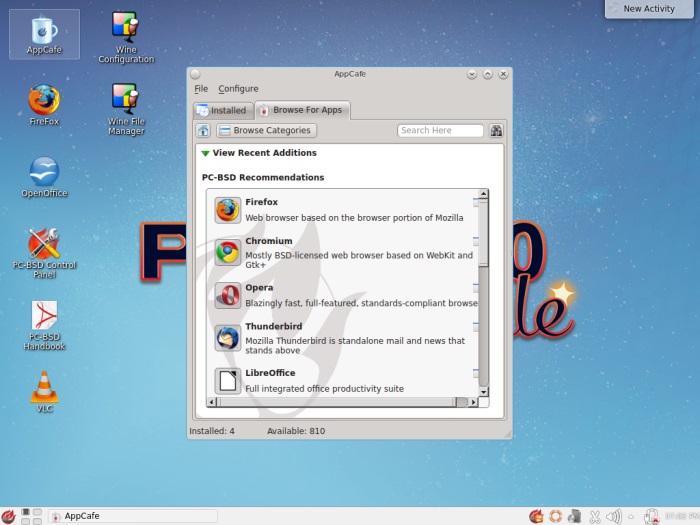 Other tasks like configuring the network, changing the background, tweaking the firewall, adding a screensaver and so on, are equally as easy on Ubuntu Linux and PC-BSD. A couple of features that make PC-BSD unique are that it uses ZFS as its primary filesystem and that it includes a program called Life Preserver. The Life Preserver app allows you to take full advantage of the ZFS snapshot functionality and perform full or partial system backups to remote servers, including a FreeNAS server.

The stability and maturity of the FreeBSD kernel isn’t in question; in fact the same BSD code that was used to create FreeBSD was also used to create the kernel for Apple’s OS X and iOS operating systems. Also FreeBSD has been used on servers for many years to power some of the most popular Internet services. As a desktop operating system PC-BSD offers the richness of FreeBSD, including ZFS, but with a more friendly front end. For the most part, it succeeds. In terms of every day usage, PC-BSD is certainly comparable with Ubuntu. Unfortunately, PC-BSD doesn’t have the depth of industry support that Linux enjoys. If a third party releases its software for other platforms besides Windows and OS X, it is normally for Linux. Other Unix-like operating systems (including PC-BSD) are often neglected. It is this last point that means if I had to pick a winner, I would opt for Ubuntu Linux, but I would certainly recommend you try PC-BSD for yourself; it might just fit your needs perfectly.