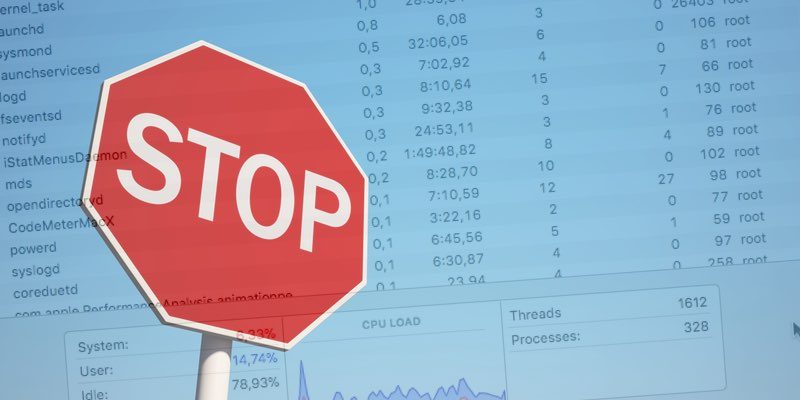 Just like humans, there are two kinds of active processes in the computer: the conscious and the subconscious. The conscious ones would be the apps that we launch to do specific tasks, such as browsers to open websites or email clients to manage our emails. Meanwhile, the subconscious ones are the tasks that run in the background. We don’t start them intentionally, we might not even know they exist, but they are the necessary evil to keeping the machine running correctly.

The problem is sometimes this subconscious process can slow down your machine, especially for the older ones with less system resources. And it can be really annoying if your system crawls to a halt, even though you just open one or two apps just when you urgently need to finish some work.

The following is how you can do it if you’re on a Mac.

Finding the Culprits and Their IDs

No matter how powerful your machine is, it has limited system resources which are shared among all of the active processes. If the sum of all those tasks consumes more than the available resources, the whole system will be bogged down to a stop. To avoid this inconvenience, we can temporarily pause some of the background processes with lower priority to free up more power to complete the tasks that currently need to be done.

But since we know that the ones that we pause are actually important for keeping the system running smoothly, we can resume this process later after we complete more urgent affairs.

Since there are literally hundreds of processes (believe me, I counted them) happening simultaneously at the same time, randomly pausing any item that you come across is definitely not an effective method.

The first thing we need to do is to find which operations take the most system resources, and select the ones you are not using.

1. Open “Activity Monitor.” You can use Spotlight or Alfred to quickly open it, or you can find the app inside “/Applications/Utilities/.”

3. Now you should see all the active processes on the Activity Monitor screen. Continue by sorting all the processes by the “% CPU” used.

Doing this will put the most resource-hungry process at the top. The last step that you need to do is find the “Process ID” or “PID” for the ones that you want to pause. This task is very easy because there is a “PID” column on the Activity Monitor screen. From the example in the picture below we can see that the Safari PID is “347.” 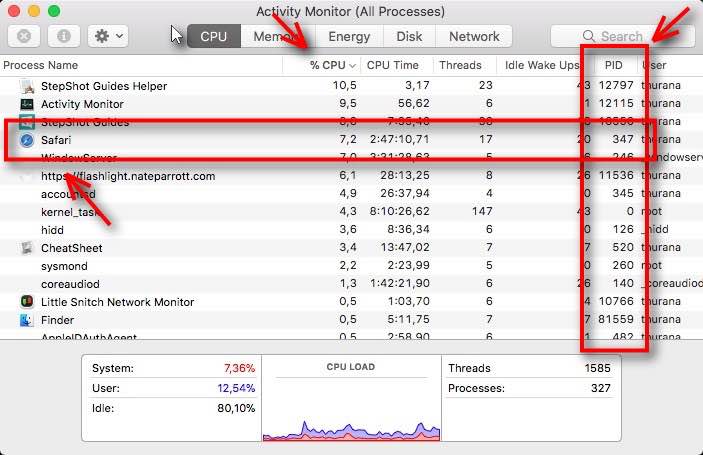 Armed with the PID, let’s continue with the pausing step.

How to Pause a Background Process

For the next step, you need to open the “Terminal” app. Similar to Activity Monitor, the Terminal is also located in “/Applications/Utilities/.”

After opening the Terminal, you can suspend a process with the following command:

The PID is the number you found in the previous step. Using the above example, if I want to pause Safari, I would type: 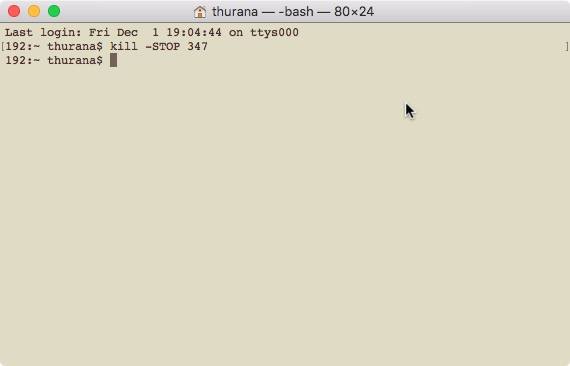 You can see that Safari in my Mac is not currently responding because its process has been suspended. 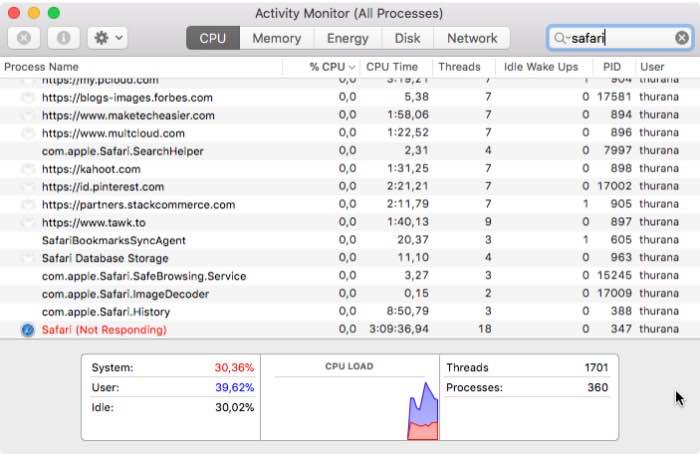 You can use this command to pause as many background processes as you want. Just repeat the line using different PIDs correlated to the processes you want to suspend.

Please note that different processes will be assigned to the different PIDs, and these PIDs will always change with every restart. So if you want to pause Safari, you will find a different PID for your Safari than the one in the example above.

It’s also advisable to not close Terminal after suspending some processes, as you would need the PIDs again later, and the easiest way to find them is by looking at the previously used PIDs written on the Terminal screen.

How to Resume a Process

Let’s suppose that you’ve finished the deadline and are enjoying your cup of coffee. Don’t forget to resume all the processes that you’ve paused before so that your machine can get back to work normally.

You can do so by using another Terminal command:

Use the same PIDs you used to pause the processes. Otherwise, you will leave some of the tasks suspended in the background.

How to Pause and Resume a Process Using Its “AppName”

If you’re having issues finding the PID of the app that you want to pause, you can use the “AppName” instead of the PID.

In Terminal simply run the following command, but remember to replace “AppName” with the specific AppName you found using Activity Monitor (“Google Drive” in this case):

Replace the “AppName” with the name of the app.

For Google Drive, this command becomes:

Note: The quote is only required if the AppName contains a space, for example, Google Drive.

To easily resume the app, enter the following command, and be sure to replace the “AppName” with the specific app name of the app you want to pause and resume.

Have you tried this method to pause background processes? Do you have other methods to free up system resources? Please share them using the comments below.

This article was first published in May 2014 and was updated in December 2017.