So, you have a machine running Linux which is also used by kids. We all know how the Web may be dangerous, especially for youngest of Internet fans. But do you know how to shield your Linux system and control what your kids do online?

Even though there are many Linux distros especially aimed at children, this article will focus on how to get your current “adult” distro kid-safe, complementing a previous Make Tech Easier article. 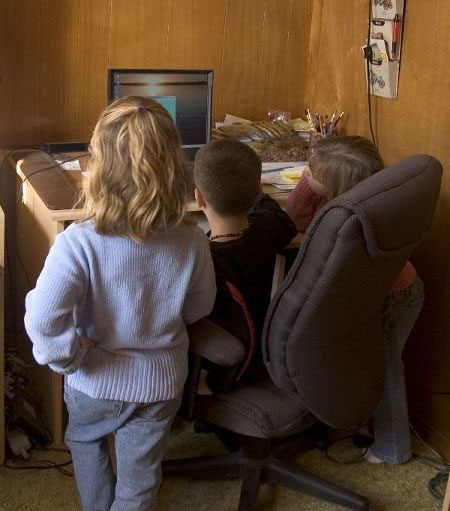 An important aspect of kids’ computer usage is the amount of time they spend in front of the screen. A limitation and control of kids’ computing time is vital to avoid future addictions, and let’s face it, kids need to play with real toys, exercise, and so on.

timekpr is a program developed to track and control the computer usage time of a system’s accounts on a daily basis. It allows this limitation to be set both as a “green” period of the day (setting a period of time in which that specific user may use the system) and/or as an amount of hours per day. Unfortunately, timekpr is not available for ubuntu 11.04+ yet, even though its creators expect to provide a new release by August 2013.

Surfing on the web requires lots of care and responsibility even to adults. Kids are curious and have a natural tendency to explore, so it is no wonder that they end up visiting dangerous or less appropriate websites (not only in a content point of view, but also dangerous to the system’s security). In order to prevent these kind of situations, there are several programs available, usually called “parental control” programs. 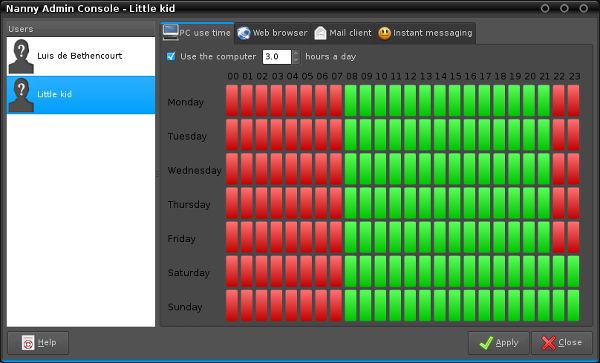 Gnome Nanny will help with parental control in Linux and is probably the most well-equipped and user-friendly program available. Specially directed to infant control, it helps define separate rules for different users. It has a tabbed interface divided in “PC use time”, “Web browser”, “Mail client” and “Instant messaging”.

The first feature presents the same functionality as timekpr, so if you want a full suite, Nanny is probably better to fulfill your needs. The second feature is probably the most important, giving the possibility to establish which sites are forbidden and which allowed, either by hand or by downloading lists available online. As far as the site informs, the latest (and unstable) Nanny version was released back in 2010, so its development probably ended back then. It is also reported that Nanny works only with three browsers, Epiphany, Firefox and Konqueror, so if you use other browser I recommend that you test Nanny’s effectiveness. 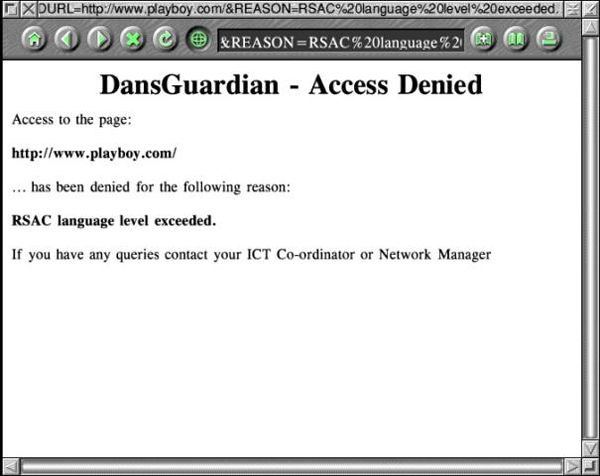 DansGuardian is another program, this one designed for web content filtering, using several methods such as phrase matching and URL filtering. It is also more tailored for running on servers, which is specially useful for schools, libraries and such. The great advantage provided by DansGuardian in comparison to other software is the previously mentioned filtering through phrase matching; sometimes pages with bad content do not have addresses revealing such content. DansGuardian searches pages for “bad” words such as “hate” or “pornography”, providing a much more effective content filtering. 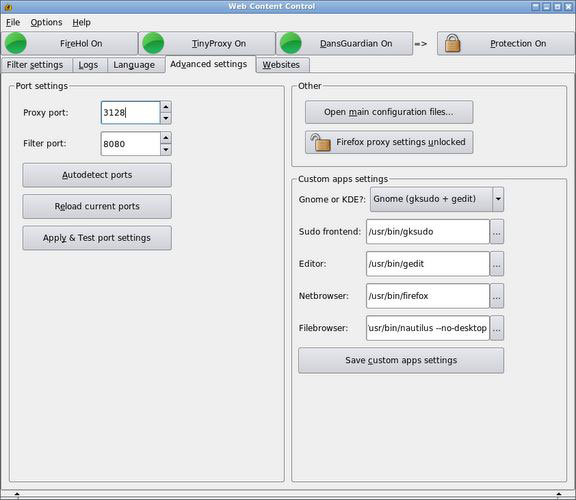 Finally, WebContentControl is a different kind of program, since it is made to, with its GUI, take control and help users configure other programs – specifically, DansGuardian, FireHol, and TinyProxy. Besides controlling these apps, it provides an easier way to start/stop filtering, backs up configuration files, only changes what is really necessary, and provides SSL filtering.

Now, back to you, how do you configure your computer to restrict Internet access for your kids?

Diogo (@diogocostaweb) is a Biologist with a grip on computers and technology. Running Windows systems all his life, has a big interest in discovering new apps that increase productivity or simply make things more interesting. He lives in Portugal and has photography and music as main hobbies. He is also the author of the page techkern.tk, a page for short (but useful) computer tweaks and tutorials.

6 Programs to Make Your Own Font in Windows

How to Prevent Windows Apps from Accessing the Internet

How to Compress Large Audio Files on Android