Software changes reflect user demands in many cases, but it is curtailed by a need to remain usable among those happy with the older version.  It is the contentment among certain users that leads to certain features being retained between versions and across years. One of these features is “Overtype”, and it can be an annoying thing to encounter if you do not know how to disable it. 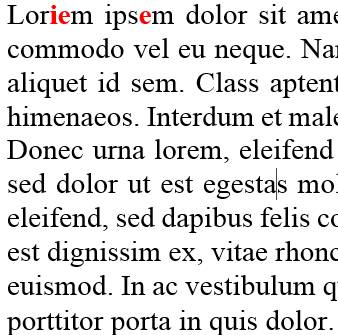 If you’ve never encountered this feature, some might consider you lucky. By default, programs like Microsoft Word use the “Insert” typing mode, with “Overtype” being the alternative. In the above image, there has been an ‘I’ added to “Lorem” using the Insert typing mode. For the second word, “ipsum”, Overtype was used instead. Overtype, rather than adding another letter, has simply replaced the letter to the immediate right of the letter entered.

Assuming you continued typing with Overtype enabled, it would begin to replace other characters, removing other words in favour of the newer entries.

Why does Overtype exist?

Word processors have felt like polished, perfected pieces of software for a long time, but this was not always the case. Perhaps twenty years ago you wouldn’t have had the same choice of fonts and typefaces – monospaced fonts were the choices you were given and the choices you lived with. We’ve already covered what makes them interesting in a more detailed article, but essentially, every glyph is designed to be the same size.

Monospace fonts make it possible to know just how many letters fill a line. In our example above, we’ve repeated the first four letters of the alphabet. Each and every line runs off-screen after fifty-three characters. Word wrapping didn’t exist in every program, so knowing how many characters you had to work with was valuable. Overtype would allow you to replace characters in a line you had already written to see if it would claw back a few extra characters or disappear off-screen. 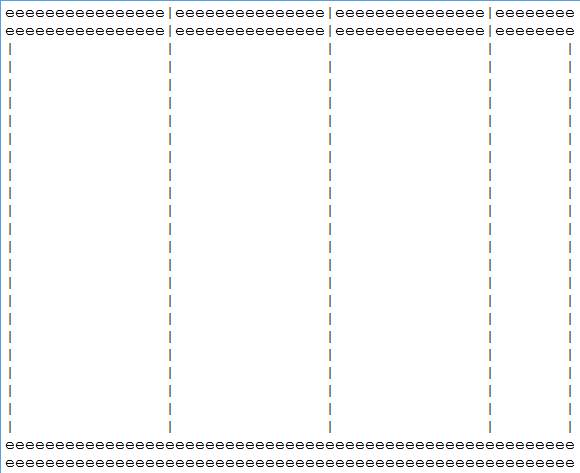 Beyond this you could also create a basic layout or table with a monospaced font, then modify the fields using Overtype. A general shape could be constructed using any letter or combination of letters that you wanted, then filler symbols could be replaced with something appropriate. We created a basic table with the letter ‘e’ and the ‘|’ character, but you could use one letter or symbol and achieve the same result.

Where should it be used?

By now, you may be wondering if Overtype provides any practical purpose nowadays. It does, but its aid is mostly confined to a few specific niches. If you’ve ever downloaded a job application or similar with fields for text  denoted by ‘____’ Overtype can be massively beneficial. By allowing you to replace the existing characters, you can save yourself the hardship of breaking up pre-existing lines and changing the layout.

Take, for instance, our example below. For the “Forename” field, Overtype was not enabled. Subsequently the “_____” line has been extended by four characters, running it onto a new line on the page. With a fully constructed form, this could push important information onto a second page or irreparably change the layout. The “Surname” field has overwritten part of the filler text, stopping it from running onto another line and preserving the original layout.

Given how difficult it can be to identify which changes altered a document’s layout, relying on the “Insert” mode alone can sometimes necessitate starting a form anew. Printing the document is another option to avoid having to change any existing characters but may not always be possible.

We get it, though; some people just don’t get on with Overtype. We’ll show you how to permanently disable or enable it as you prefer.

Click the File button or Office logo in the upper left corner of a Microsoft Office program’s window.

Select “Options” from the list available to you. Depending on the version of Office used, it may also be phrased as “Settings.” 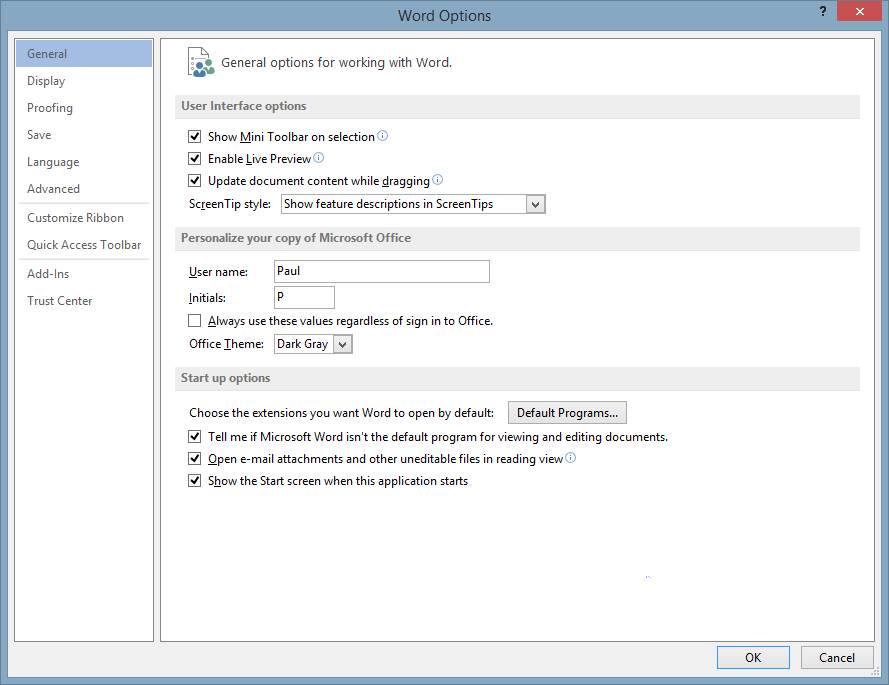 Within the new window, navigate to the “Advanced” section. 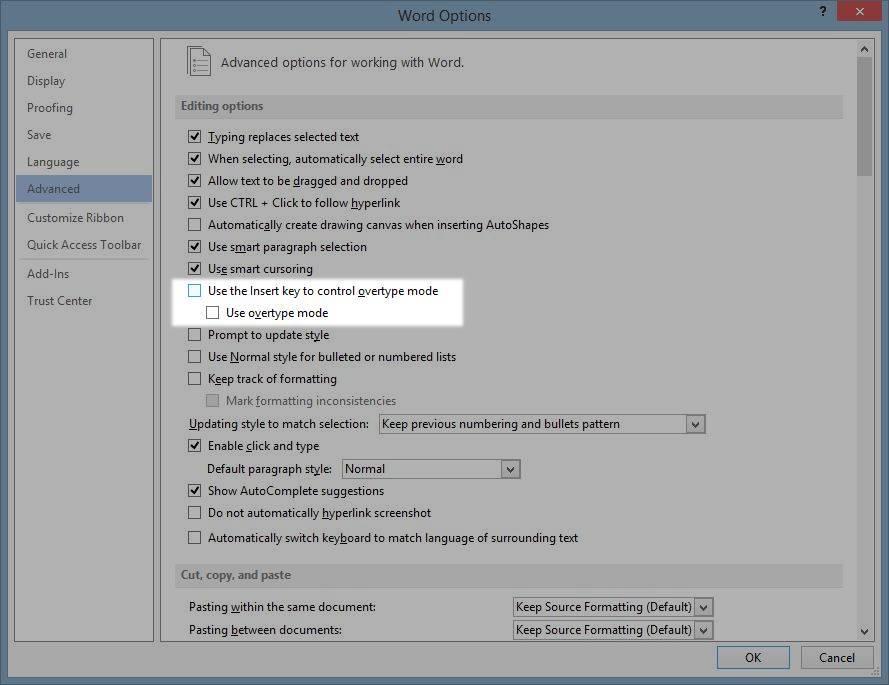 Among the options, you should find a checkbox for allowing Insert to control Overtype mode. If checked, you can toggle Overtype mode as you desire. Unchecked, Overtype mode will not function at all.

Overtype is a strange, mostly-forgotten holdover from computing’s infancy. Whether it benefits you in any meaningful way or not, it was once a relevant tool for computer users.

For a small sub-section of users it may still remain this way for the foreseeable future. Clearly, Microsoft feels there must be a reason to continue to include the functionality, as do the developers of other office suites.