If you’ve been using Linux or OS X for a couple of years, you must have run into the command line (or the terminal) at some point. It could have been a command to fix a problem or enable a feature. These days it’s easy to just ignore the command line. And for most users, GUI is really enough.

But when you get to the pro level, especially if you’re doing web development, you realize just how powerful the command line can be. I’ve been a big fan of services like Yeoman that let me set up a Bootstrap environment, ready with a local server in just a couple of minutes. Doing everything manually would take much longer, and I’d be doing the same mundane tasks over again. The command line helps me basically automate a lot of it.

You start out with basics, like navigating the directories and moving stuff, and then you can go wherever you want. There are many awesome tools available that work only in the command line. 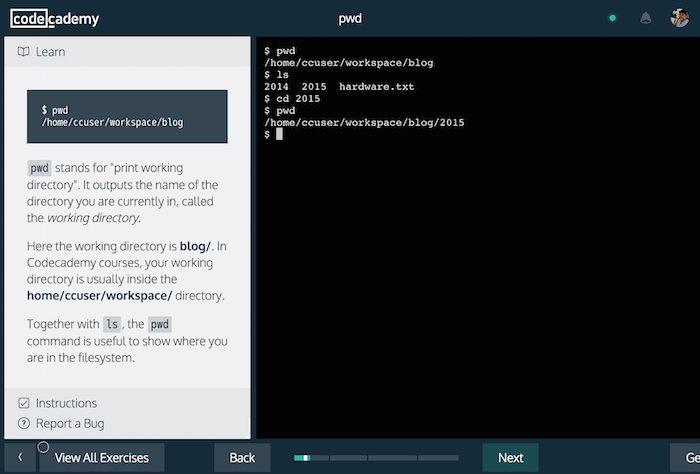 Codecademy has a new course called “Learn the Command Line.” And if you’re scared that you’ll somehow end up ruining your computer, Codecademy is a good way to gain some confidence. Because like other Codecademy courses, you’re doing everything in your browser. And it’s all interactive.

On the left pane you’ll get an explanation of what you’re doing and challenges, and on the right is the terminal. The course covers the basics really well. 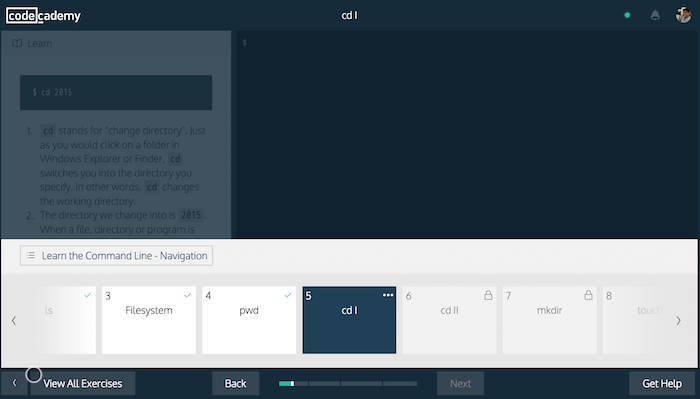 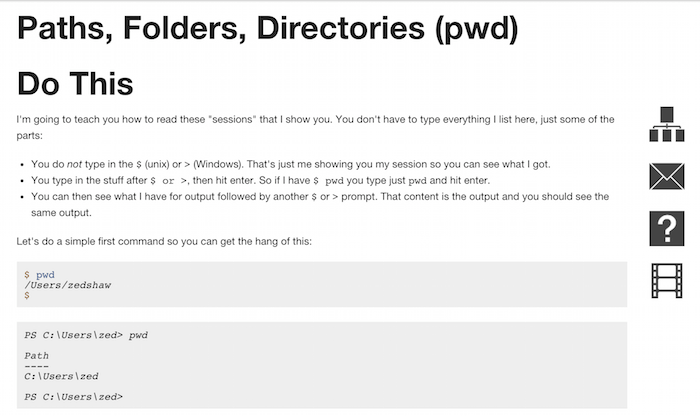 Don’t let the name scare you off. The series is more like “Learn Code The Proper Way.” This is where Zed focuses on the important stuff, makes sure you understand the underlying principles and gives you a lot of straight talk.

The course is text heavy, but if you put your mind to it, you can get done in a day or two. 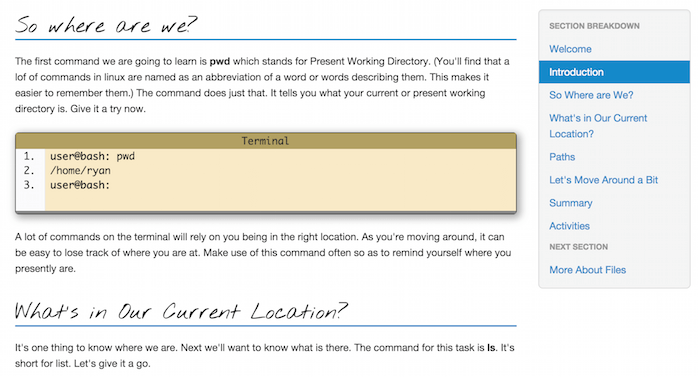 Ryan’s Tutorials has a comprehensive guide for using Linux where they go from the basic stuff to the nitty gritty details. And because Linux is command line heavy, you’ll basically learn everything you need to know about the command line on a Linux along the way.

If you’re the kind of person who learns better visually, don’t worry; we have options for you as well.

Linux Commands for Beginners: There are thirty-three videos on this playlist, but most of them are relatively short – around 5 minutes each. If you’re using a Linux machine, this is a great primer to the command line.

Nixie Pixel’s command line videos: YouTuber Nixie Pixel also has a couple of fun videos regarding the command line on her channel. You should check them out as well.

What Will You Do with It?

Why are you planning to learn the command line? What do you plan on doing once you’ve mastered the art? Running awesome scripts? Automation perhaps? Share with us in the comments below.