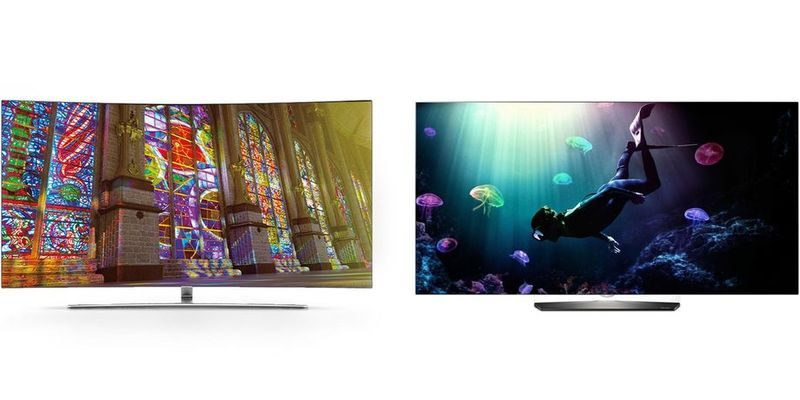 You’ve finally decided to buy a 4K TV – it’s the dawn of HDR, and some of the best streaming services like Netflix have joined the 4K bandwagon. You’ve also narrowed down the brand you want, screen size, and whether you should go flat or curved.

But wait. There’s one more choice you need to make, and it’s a big one: The panel technology. Should you go for an LED, OLED or QLED TV? There may be only one letter difference between OLED and QLED, but they are as different as chalk and cheese.

So which is the best TV technology? We illuminate the bright lights and gloomy darks of OLED and QLED TVs to make it easier for you to choose.

OLED stands for Organic Light-Emitting Diode and is the TV technology used by LG in their top-of-the-range TVs. OLED panels emit their own light when an electric current is passed through them. OLED TVs are thus able to adjust the luminosity of each individual pixel. This way the pixels can be switched off completely, producing pure black levels and infinite contrast. This is what gives LG OLED TVs an edge against the competition.

QLED stands for Quantum-dot Light-Emitting Diode, which is the marketing name used by Samsung to describe their newer top-end TVs. Unlike OLED, QLED is not an emissive display technology. Quantum dots don’t directly emit the colors you see. QLED TVs work by placing a film of quantum dots in front of an LED panel to enhance performance in the major picture quality areas. QLED TVs are thus capable of producing a higher color gamut and brightness than conventional TVs.

OLED vs. QLED: Which Is the Best TV Technology?

In determining the better TV technology, we’ll compare various parameters that matter most to users. 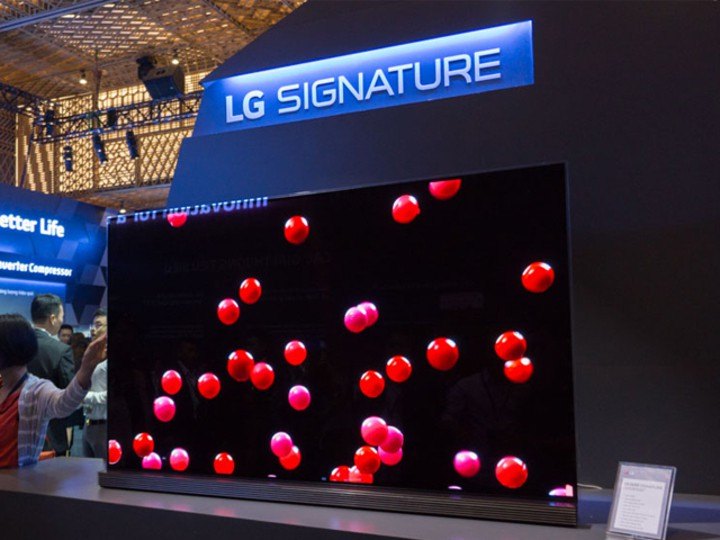 A screen’s ability to produce deep blacks is arguably the most important factor in determining the picture quality. Deeper blacks provide for richer colors and higher contrast – thus the darker the blacks, the more dazzling the picture quality becomes. Speaking of blacks, no TV technology has managed to get even close to what OLED delivers.

OLED turns each pixel on and off individually, so if part of the picture is black, the pixels turn off and display no light at all. This way OLED can achieve perfect black levels. QLEDs, on the other hand, rely on backlights illuminating LCD panels. Even with advanced local dimming technology that nearly replicates the “switching off” effects of OLEDs, QLED TVs still suffer from light breed. 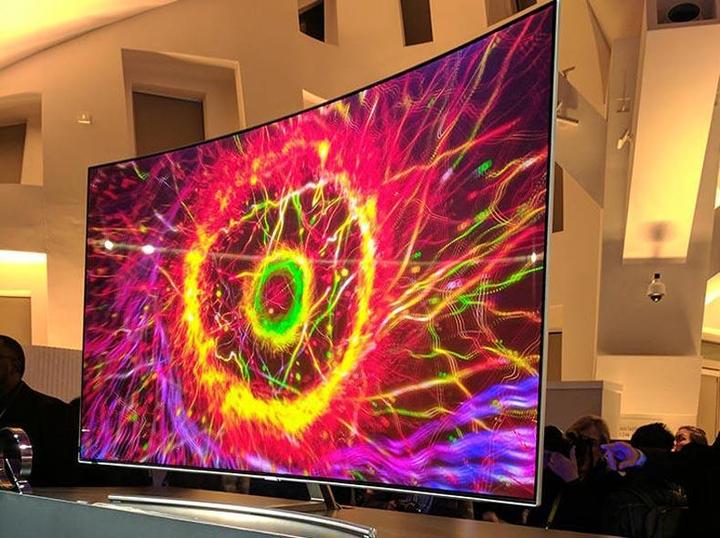 When it comes to brightness, QLED is the undisputed champion. Samsung claims that its 2017 QLED TVs can hit a peak brightness of 1,500 t0 2,000 nits. A nit is a unit of measure that determines how bright a display is. The new UHD Alliance requirements for premium HDR certification requires TVs to meet one of the two benchmarks below.

These requirements were put in place because OLED TVs don’t get much brightness, and LED TV’s can’t achieve the perfect black level. LED TVs can get extremely bright. The addition of quantum dots gives QLED TVs an unprecedented brightness that has never been achieved before. Even the best OLED TV of 2016, the LG Signature OLED G6, only managed to reach a peak brightness level of 800 nits compared to the 2017 Samsung Q8 QLED TV that has a peak brightness level of 1500 nits. 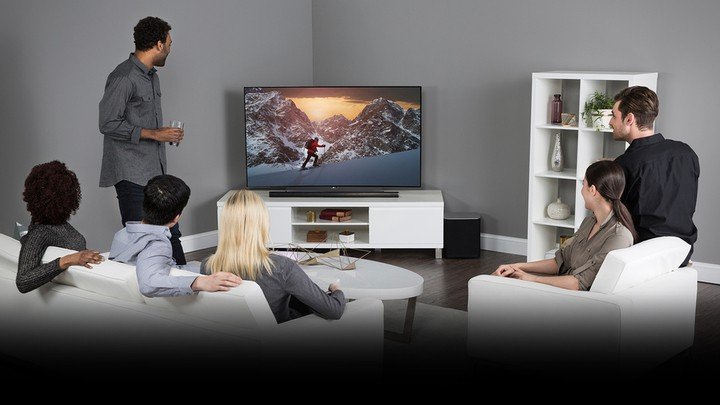 Viewing angles is a great concern for many people, and some people take this aspect very seriously. This is another area that OLED has been praised for and many people have extolled the OLED panels for the excellent viewing angles. OLED TVs can be viewed with no luminance degradation at wide viewing angles of up to 84 degrees. QLED screens have the center as the best viewing angle. With QLED, moving away from the center tends to diminish the color and contrast, thus affecting the overall picture quality. 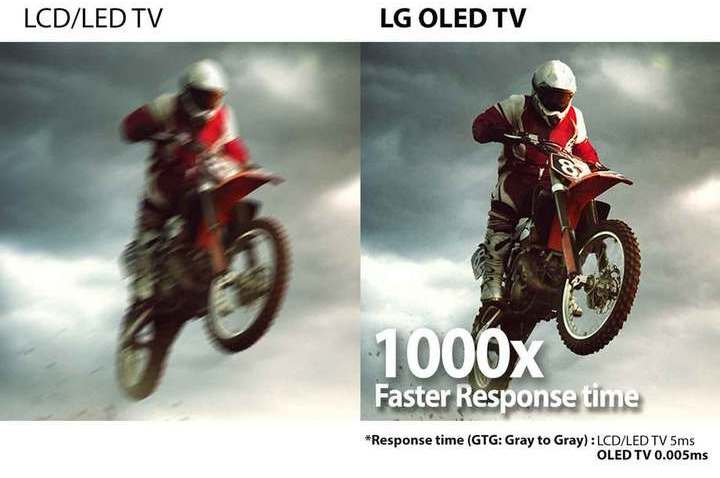 Response time is the time it takes for each diode to switch from on to off. Faster response time results in less motion blur and fewer artifacts.  In this area OLED blows QLED out of the water owing to its smaller diodes working as individual pixels. In contrast the diodes in QLED panels illuminate a cluster of pixels, not individual pixels which result in a slower transition rate from on to off. With regards to response rate, OLED is adulated as having the fastest response rate of any TV technology ever used. 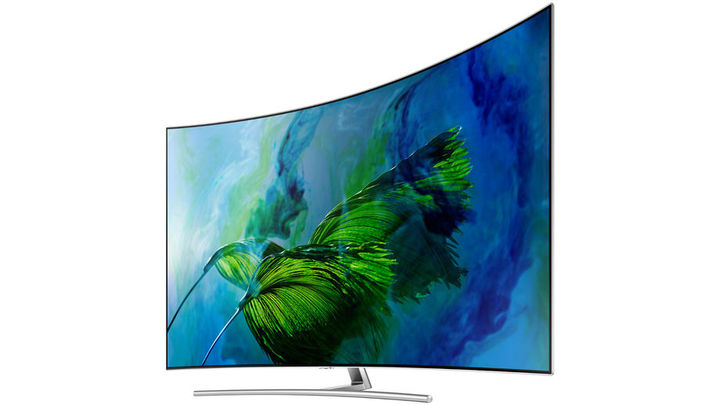 Just like the plasma sets, OLED can only retain images that were kept on the screen for some few minutes. This is a huge drawback for OLED displays and is most noticeable on the lower end models like the LG EG9100. Leaving a static image on the screen for even less than five minutes leaves a faint version of it, akin to a ghost. Though QLED screens are not immune to it, they can retain static images on the screen for a considerably longer period.

Based on the point-to-point comparison highlighted above, we can arguably say that OLED is the winner. OLED is also thinner, lighter, and energy efficient. However, compared to QLED, they are more expensive and have a shorter lifespan.

QLED TVs, on the other hand, have distinct advantages over OLED. They are brighter, have a longer lifespan, and the latest models have improved black levels. For those who love watching TV during the day, QLED might be a better option.