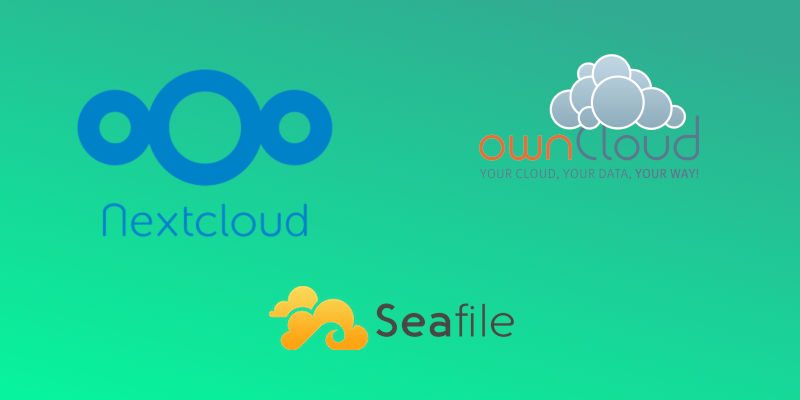 Cloud storage is becoming more popular than ever. It’s a convenient way to have your files accessible from anywhere, and when most devices today are portable, the importance of that can’t be overstated. Cloud storage also represents the only practical way for most people to keep offsite backups of data, which is a critical piece of any good security plan.

There is one major downside, though. Most Cloud storage services are proprietary and are controlled by large corporations. In turn, those corporations control everything that you back up to their servers.

There are a few excellent self-hosted options that you can set up on your own servers without the fear of someone else digging into your files. These are all open source, are freely available, and you can run them on nearly any server.

Before you decide which one is right for you, take a look at these three excellent options. They all come from different places and have their own unique strengths and weaknesses.

OwnCloud is the first major player in this space. It revolutionized the self-hosted cloud storage world and brought some much needed fresh air to cloud storage. OwnCloud provided the first viable alternative to proprietary products, like Dropbox, in a package that was just as convenient to use.

Over the years OwnCloud grew and evolved into a massive project with a large corporation at its back. It polished its web interface and provided clients for nearly ever mobile and desktop platform.

Related: How to Make Your Own Personal Cloud with NextCloud and Ubuntu

Nextcloud began as a fork of OwnCloud. Now, though, it has grown beyond its roots. First, Nextcloud came out of the gate with everything that OwnCloud had. It started with a fantastic web interface and a full set of clients for desktop and mobile devices. It’s only made more improvements from there.

Nextcloud began implementing more features, like full encryption. Then, the project began collaborating with other popular free software projects, like LibreOffice. That cooperation lead to Collabora Online Office, an open-source alternative to Google Docs. NextCloud is continually evolving and cementing its place as the most feature-rich self-hosted cloud.

Related: Use Seafile For File Syncing And Collaboration

Seafile actually began development before OwnCloud, but it never reached the same kind of mainstream popularity enjoyed by its competitor. That said, Seafile is a long-standing trusted open-source project that’s developed a reputation for speed and security.

Seafile has grown quite a bit from its roots and is now backed by a corporation offering enterprise support options for Seafile. Over the years it has evolved from a peer-to-peer file-sharing program to a fully-featured replacement for the likes of Dropbox or Google Drive. It includes file encryption, automatic cross platform synchronization, public link sharing, and per-folder permissions.

Which Is Right for You?

There are two big winners here, but they’re better suited for different things. That said, you can’t really lose with any of these three. They’re all wonderful platforms to build your own file-hosting service, but they do have certain strengths that make them better suited for specific applications.

Are you looking to replace Dropbox or Google Drive? Seafile is probably the right one for you. It’s simple, streamlined, and the best thing is it’s fast. In fact, most users report much faster file transfers when compared to Nextcloud or OwnCloud.

Seafile’s simple encryption means you don’t need to sacrifice security for simplicity. Seafile provides just enough control to allow you to manage your files and who can see them without bogging you down with too many boxes to check. At the same time you can use and synchronize Seafile from just about any device you have.

You might want a fully-featured, all-the-batteries-included, cloud platform, and that’s great. Nextcloud is the right choice for you. Nextcloud is an insanely feature-packed cloud platform that offers everything that you or your organization could need.

Nextcloud features everything from both client and server encryption to built-in text and video chat, calendar integration, and an online office suite. Nextcloud might be the most feature-right cloud solution available, including its proprietary competition. On the security front, Nextcloud has gone out of its way to offer tons of security and verification features as well as compliance for top industry standards. While it might not be all that nimble, Nextcloud is a powerhouse that can get nearly anything done.

Which self-hosted file syncing service are you using? Let us know in the comments below.