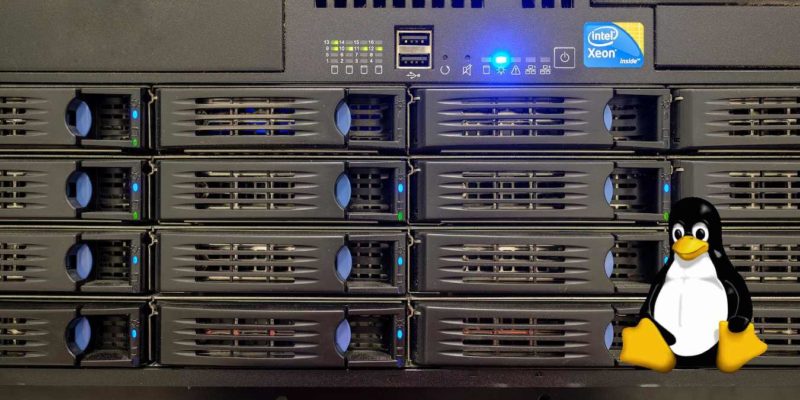 Regardless of what operating system you use, storing your data is important. One of the most popular ways to back up data is with an NAS. A Network Attached Storage (NAS) device is a server with a heavy focus on data storage, making it the perfect candidate for a home file server.

The main reason one would build (or purchase) an NAS device is to back up data. With one of these on your network, all of your computers have easy access to a central backup solution via Samba or NFS and an accessible folder.

Backing up data isn’t the only reason for an NAS, though. Servers specifically designed to hold data can be a great basis for a Plex, Emby, or Subsonic installation. Along with these ideas there are many other reasons why a network storage device may be a good idea. The following are four of the best Linux distributions for the job.

Related: How to Rename Files in Linux 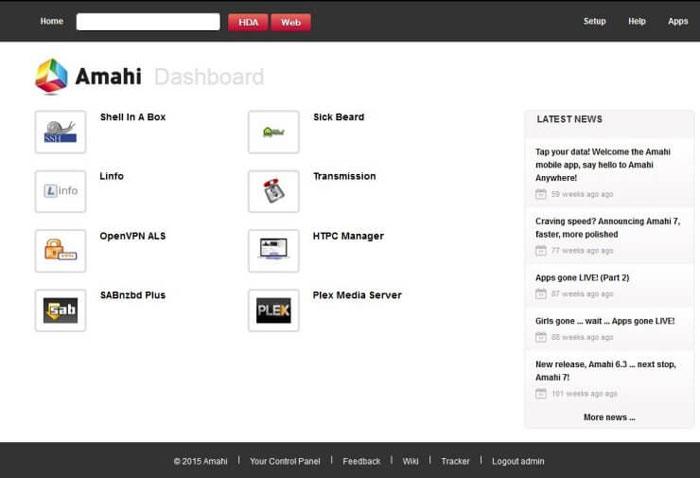 Amahi is a great open-source option for home-based NAS users, offering the option to replace the DHCP/DNS settings on your router with those integrated into the Amahi software, so you can control and name all NAS-connected drives on your network. It is more a home server than strictly an operating system, but it’s still incredibly robust, with a neat interface and dedicated app and plugin store that lets you beef it up with things like Plex and even a Minecraft server.

It comes with plenty of backup options, including full disk network backup and scheduled backups to Windows and Mac PCs. Amahi makes it easy to create users to share your files with across a network and control who sees what.

One concern that users have raised about Amahi is security. While there have been no known breaches, Amahi seems quite determined to not take any responsibility should things go wrong, and further information about how they keep your data safe is somewhat nebulous. It does come pre-packed with its own version of OpenVPN, though, so that helps.

Amahi also gets extra points for offering links to alternative NAS providers should it not suit your needs, which is unusually honest of them!

When building an NAS powered by Linux, Open Media Vault should be everyone’s first choice. Why? For starters it runs on Debian stable: a rock-solid release with very few new features. This ensures your server is always going to work and won’t choke under the weight of major changes.

Everything regarding Open Media Vault is very hands-off. You don’t even really have to know a whole lot about Linux or Debian to get this going. Once it’s installed on the system, everything can be managed by a sophisticated web interface that the system sets up on its own.

OMV supports Samba/CIFS, FTP, NFS, Rsync and TFTP. Along with all of that, Open Media Vault has support for plugins. These plugins can easily be installed by going to the plugin section in the web UI. Plugins include OwnCloud, LDAP, shairport, etc.

If you’re looking to create an Linux-powered NAS and are a newbie or are just looking for a well-supported solution, you’d be crazy not to go to Open Media Vault as your first choice. 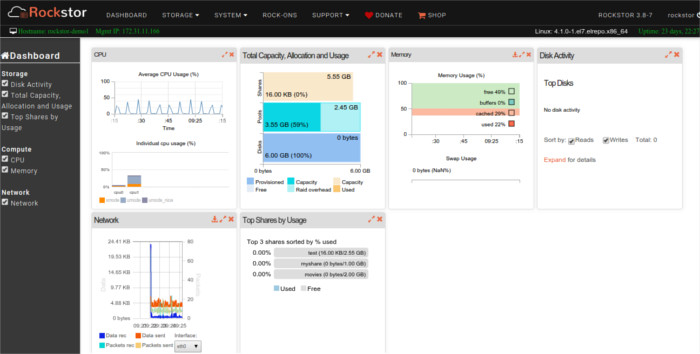 Rockstor is an NAS distribution based on CentOS and powered by BTRFS that claims to be your own personal cloud. Like the other distributions on this list, it has a web UI that can be accessed to manage and monitor the system, along with standard support for various file sharing protocols like Samba/CIFS, NFS, etc.

Note: Rockstor is free, but you must pay a subscription fee to get stable updates.

The most compelling aspect of Rockstor is its plugin system. Users will be able to choose from a variety of plugins that are known as “Rock-ons.” Rock-ons include OwnCloud, Bittorrent Sync, Discourse and more. Obviously this is not the only NAS distro on the list to sport plugins. However, the way it’s done on this distribution is very unique. Plugins are distributed and deployed inside Docker containers. This means you’ll be able to install some seriously complex plugins to your NAS without much fuss.

Overall, Rockstor is a competent NAS solution with some interesting aspects to it. If you’re looking for a Linux-powered NAS distro and favor CentOS and Redhat over Open Media Vault’s Debian base, this is a solid choice. 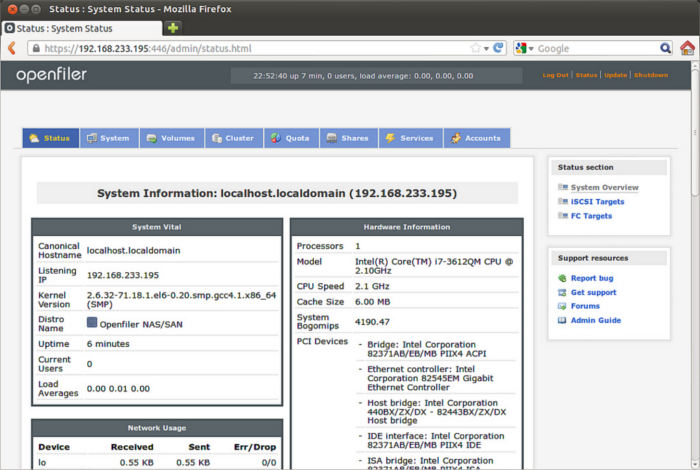 Openfiler is another rock solid NAS solution with a pretty decent web management (complete with various tools to check how your data is doing, add shares, etc.) interface to boot. It is certainly not fancy but promises rock solid performance nonetheless. Unlike Open Media Vault, this distribution is more focused on enterprise or professional solutions.

NAS features include support for CIFS, NFS and HTTP. Openfiler also has support for iSCSI, NIS, LDAP, Active Directory, Snapshots and many, many other features. Suffice it to say that this distro is a professional solution for those looking to take serious control of their data.

Linux home servers dedicated to storage is not a new concept. However, as data gets bigger and bigger, it makes sense that Linux-based operating systems start to cater more towards casual users.

Nobody, not even hardcore Linux fans, wants to configure file sharing by hand across a local network by one-hundred percent of the time. That’s why more and more people are turning to turn-key NAS distributions for all their file storage needs. I hope that with the help of this list you, too, will understand how great having a Linux-powered NAS can be.

Do you have an NAS? What operating system are you running on it? Tell us below!

This article was first published in April 2016 and was updated in January 2018.