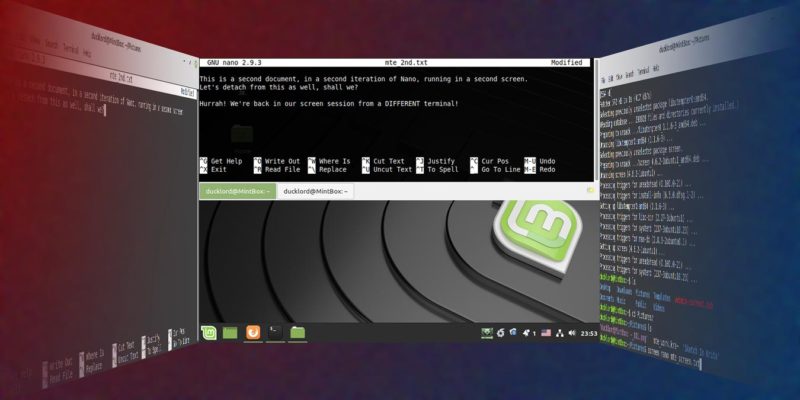 Many people don’t know about screen, an excellent little tool, or “a terminal multiplexer,” if you want to get technical. I firmly believe everyone who uses the terminal, for whatever reason, should have it in their arsenal. It’s that useful.

Screen makes multitasking in the terminal dead easy. With it, you can run many tools in parallel, each in their session. After you run something in its own “screen,” you can then detach and re-attach to it at will. Being able “to leave things running in a detached session” allows you to jump between tools.

If you’re juggling lots of tasks in the terminal every day, you’re either already using it, or you’ll love it after you try it!

Screen is available for almost every distro under the sun – since it’s an old, tried and tested, albeit somewhat unknown, little treasure. To install it on Debian, Ubuntu, Mint or anything that uses apt, use:

In mere seconds you’ll be up and running, since it’s also small and without many dependencies. 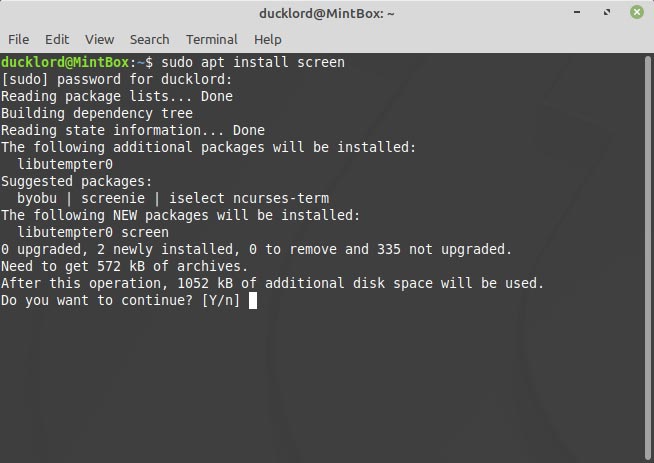 We’ll only delve into screen’s basic features that will allow you to use it immediately. If you like what you see by the end of this tutorial, its manual page explains the extra functions, but we thought they’d be too much for the first introduction in its use.

To use it, just add it in front of anything you’d enter in the terminal. Let’s create a document in the popular nano editor as an example. If it’s not installed, available on your distribution, or if you prefer something else, swap “nano” with your choice.

By adding “screen” in front of the usual command, we ran it in one of screen’s sessions. It might look like it didn’t have any result, but as we’ll see in the next step, it did. 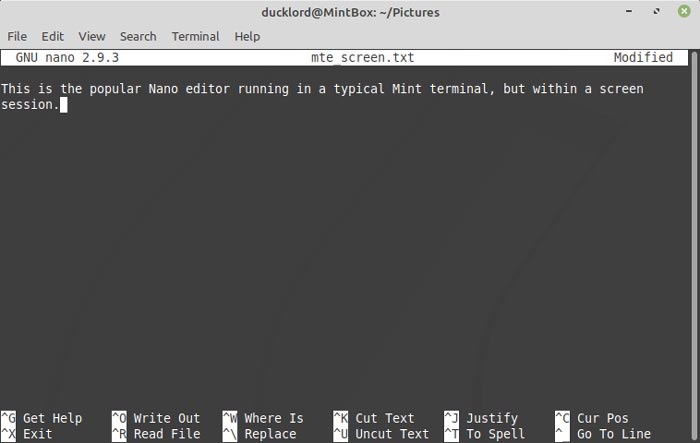 Type something in nano and pressing Ctrl + A and then D on your keyboard. Nano º or whatever editor you were using – will disappear. In the terminal, you’ll see a message similar to:

Now you’re back to what you could refer to as the starting terminal from where you ran screen before. But your session with nano isn’t gone. 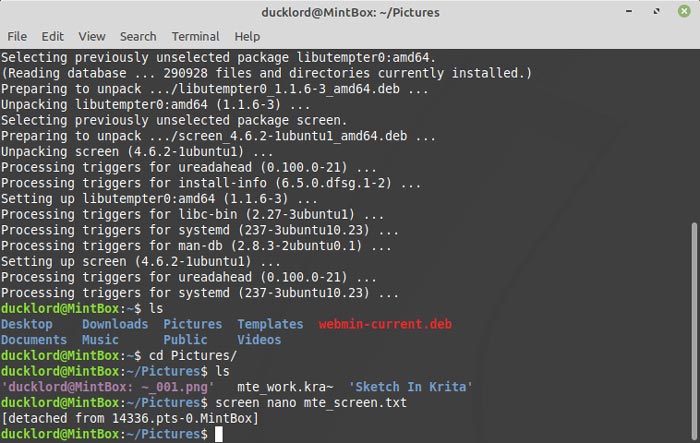 Get back to the running session

Since you have a session running in the background, you can get back to it by entering:

After hitting Enter, you’ll be right where you left off in nano. You can detach and reattach the screen as many times as you like. But that’s just one app running in the background, far from what you’d call true multitasking. 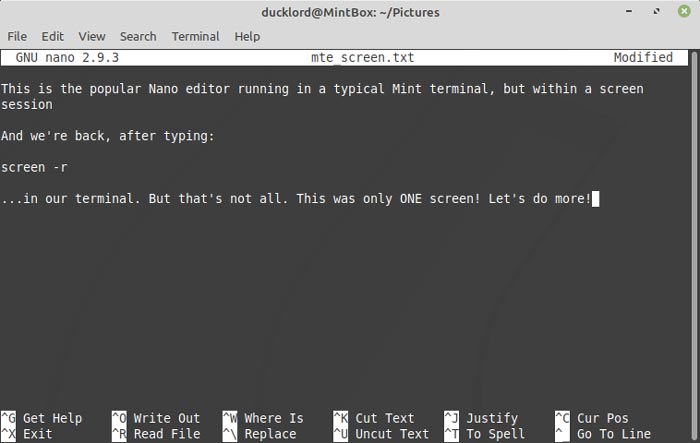 While back to the original terminal and detached from the running nano session, repeat the first step to run something in a second session. For simplicity’s sake, we created a second document with nano using:

Screen, though, isn’t restricted to running multiple sessions of the same app: try running anything with it. Screen proves its usefulness when used for something like compressing many files into an archive with 7z, a process that takes some time. Instead of staring at a terminal, waiting for 7z to finish, you can detach its session and let it run in the background. 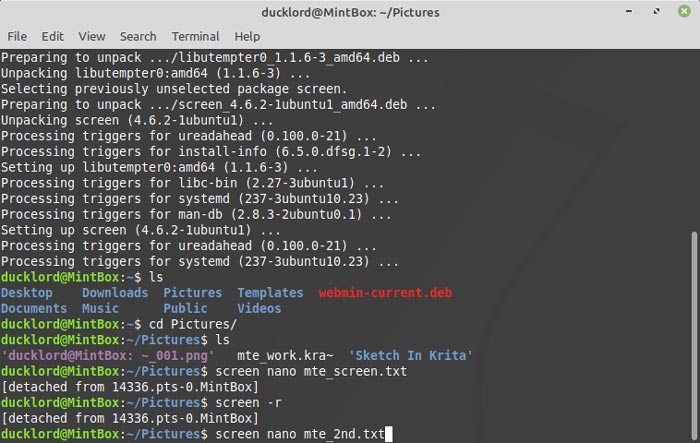 If you followed our previous steps, you now have two sessions running with screen. screen -r won’t work like before because it wouldn’t know where to attach. When you have multiple sessions, to go back to one of them, you first have to know its ID. To find it, enter:

Screen will display a list of all available sessions.

In our case, as you can see in our screenshot, to go back to either session, we’d have to enter:

If you run a task that exits after completion with screen, the screen session will end with it. That’s why you could have run some tasks in screen sessions but now have no active sessions show up. The tasks could have completed their goals in the meantime.

If you want a session to remain active in such cases, instead of running a command with screen added before it, run “screen” on its own to create a new session, and then type your command there before detaching. If you run a command in a session you manually created, the session won’t exit when the task completes.

For other useful commands you’ll probably end up using, press Ctrl + A and then:

Not just for juggling tasks

We saved the best for last: screen isn’t bound to a specific terminal. After detaching from a session, you can close the terminal window if you were in a graphic environment, or you can even log-out. As long as your computer is running, the session will remain active.

And this means that you can reattach to a running session from a different terminal. As you can see in our screenshot, we used Guake to reattach to a session we created in Mint’s default terminal.

Since the implications of this might not have adequately sunk in, think of this usage scenario: you can log in remotely to your computer, with SSH, and start a task with screen. Then, detach and log off. The job will keep running until it either completes or you decide to re-log on, reattach to the screen session and manually end it!

How’s that for “multitasking?”