Social productivity, mobile apps, wearables, and BYOD (Bring-Your-Own-Device) in corporate environments –  we are moving rapidly towards the “mobile world.” While we’re still dependent on our desktops and laptops, let’s face the fact that our smartphones are doing good jobs improving our productivity, lifestyle, fitness, and leisure activities.

A thought-provoking question on AskReddit was posted, “If someone from the 1950’s suddenly appeared today, what would be the most difficult thing to explain to him or her about life today?” User nuseramed answered it wittingly with a dash of humor, “I possess a device, in my pocket, that is capable of accessing the entirety of information known to man; I use it to look at pictures of cats and get in arguments with strangers.” Funny, but it’s true.

We use our smartphones to do a myriad of things from photo shoots to tracking our health activities to online shopping and more. The burgeoning mobile ecosystem feeds us with apps and on-demand services and we simply can’t ignore these trends in taps and a few clicks. The following are: 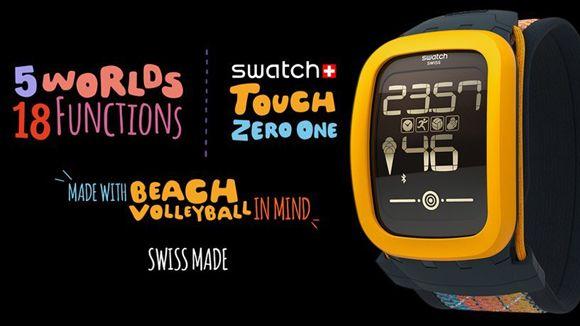 Tech brands like Samsung, Apple, Sony and also other competitors are staking in on wearables and smart devices such as Gear S, LG G Watch, and SmartBrand Talk. This trend is shaking the watch industry whilst popular brand Swatch throws its hat in producing smartwatches to compete with Apple Watch. Meanwhile, Pebble also dodged a Kickstarter campaign for the new color e-paper smartwatch. 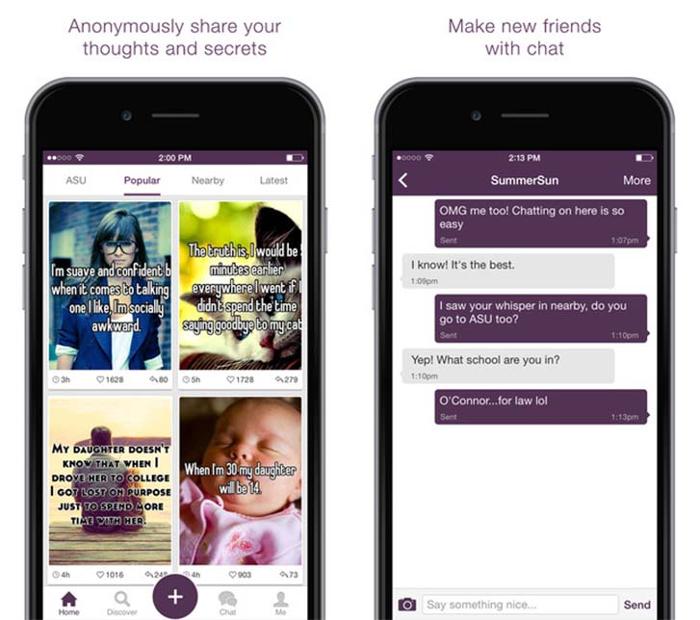 How does it feel to give an opinion anonymously and communicate with strangers? Well, according to Honey and Sparks A-Z glossary of terms for 2015, anonymous apps will flourish this year – think Whisper, which allows you to express yourself and meet like-minded individuals or Secret or Mustache. Interestingly, teens are highly engaged in these platforms. 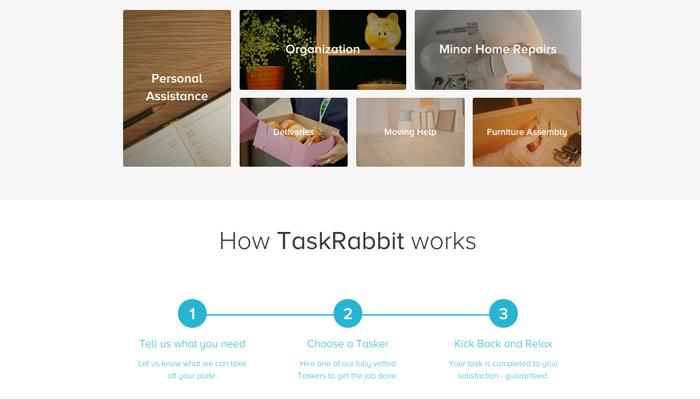 The ripple effect of these crowdsourcing apps is contagious – if it’s true that “there’s an app for that” as the popular Apple slogan is often quoted, there will be more “Uber-like apps for that” this year. More crowdsourcing apps like Airbnb and similar on-demand services, as well as personal assistants like TaskRabbit, mesh apps and models like ride-sharing, dog walking services and more. In case you missed it, here are the 8 crowdsourcing apps that are shaping our digital habits.

4. Smartphones as Hubs to Control IoT 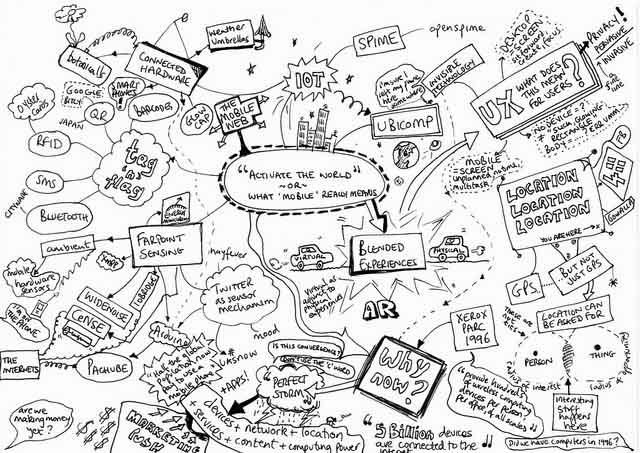 This trend has begun but will continue this year as more developers create innovative solutions and products that are interdependent, which make up the Internet of Things; these are the applications, devices, and platforms, sharing network connectivity to function and receive data. Imagine your smartphone as the remote control to open the doors, lock your cars, and monitor the current temperature of the whole building. 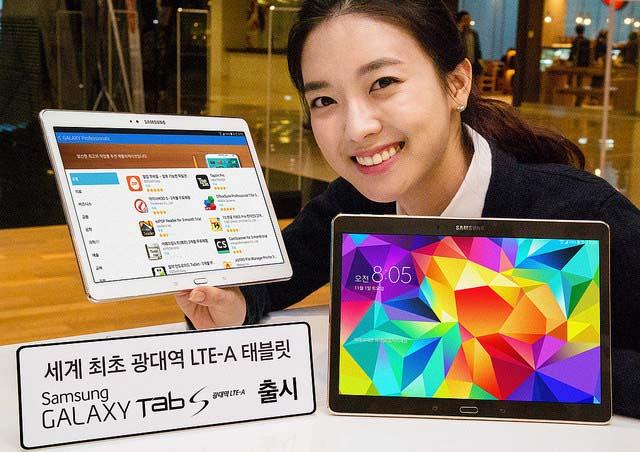 Samsung has already released LTE-A powered devices such as Galaxy Note 4, Tab S, and Samsung Galaxy S5; the LTE-advanced technology will be integrated in future mobile devices. IT Business Edge said this new LTE-A is theoretically to push up to 1Gbps speed. Well, this would probably be good news for those countries that still experience the “Long-Term Endurance” of slow Internet connections.

6. Mobile Payments and the Rise of Crypto Currencies 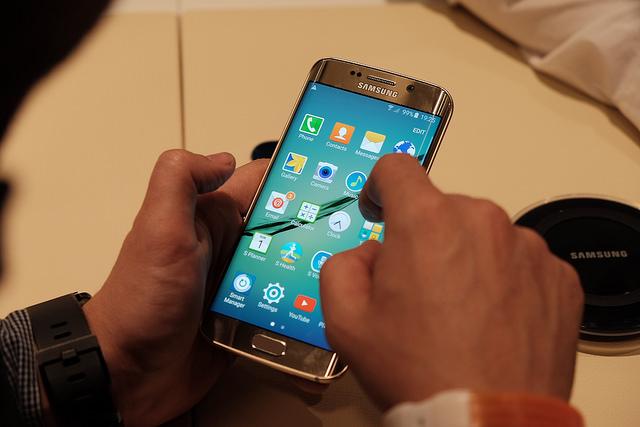 In conjunction with the crowdsourced apps, mobile payments and cryptocurrencies are likely to be part of this year’s mobile trends. Affiliated establishments of Bitcoin are already accepting payment using smartphones and with Apple pushing the Apple Pay to the UK market, we will be seeing more of this trend this year. This is already changing the way we shop and pay via smartphones.

Bitcoin has been accepted as a payment method of big brands like Microsoft; the company secretly rolled out a payment gateway for Bitcoin on Xbox and Windows. Recently, Samsung released its Galaxy S6 that comes with NFC and loopPay mobile payment.

7. Emphasis on Mobile Design for Web Platforms and Businesses 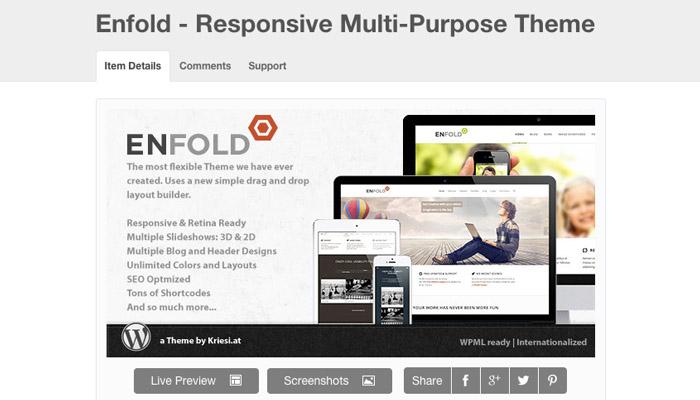 Online entrepreneurs and even large corporations can’t ignore the growing traffic coming from mobile phones – users are adopting a “mobile” lifestyle and use their mobile phones to browse websites and apps. The emphasis on mobile design, including development of native apps (for businesses) and responsive design for websites will be taken seriously.

8. The Clash of Phablets: Smartphones and Tablets on the Loose 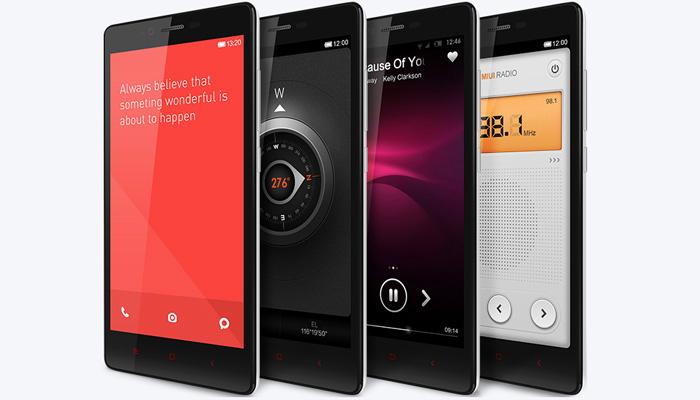 From 4-inch display smartphones, we’ll be seeing more phablets and smartphones/tablets in different sizes. As consumers shift their preferences to phablets, major brands are also finding ways to gain traction from the mobile market by producing these phablets, in 5-inch display or more. Chinese tech brand Xiaomi is also competing against the Western companies with its Mi Note 4, LTE-powered device. 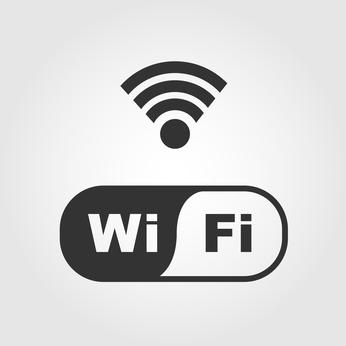 Aside from the LTE-A upgrade, the demand for Wi-Fi networks and development of emerging standards such as 802.11ac (Waves 1 and 2), 11ad, 11aq and 11ah will boost the performance of mobile devices. They will be available for the next generation of smartphones and tablets according to IT Business Edge. 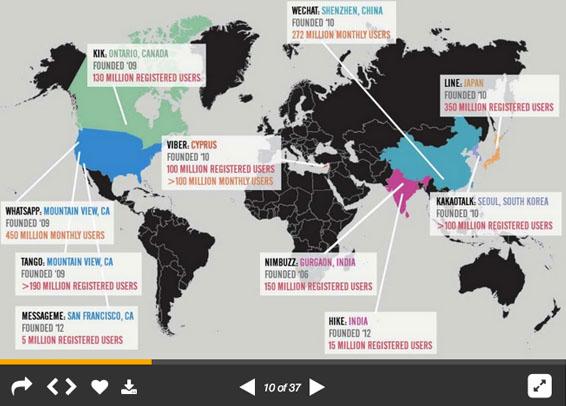 WhatsApp, Viber, WeChat, KakaoTalk, Line and other IM apps are predicted to become the new social media channels with the increasing number of their users. Brian Solis, author of the “The Future of Business,” also included these apps as disruptive technologies for 2015-2016. For example, WeChat, a WhatsApp equivalent in China, is being used not just as an IM, but e-commerce features are integrated as Tencent streamlines its functionality to suit the users’ mobile habits.

Where Are We Heading?

As we move forward to a more open and interdependent mobile ecosystem, we also need to consider the flipside of these trends such as security threats and exploitation of data and online privacy through these platforms. It’s also the responsibility of the users – us – to educate themselves regarding the implications when we provide our data to these platforms.

Let us know what you think of these trends and share your prediction(s) and expectations for the mobile tech industry this year and beyond in the comments below.

6 of the Best Smartphones for Seniors in 2020
The Best Cell Phones for Kids in 2018
6 Ways to Protect Your Eyes When Using a Smartphone
6 Smartphone Camera Tricks You Probably Are Not Aware Of
Should Mobile Devices Keep Seeking Higher Resolutions?
What Is the Perfect Screen Size for a Smartphone? [Poll]
How to Make Your Smartphone Charge Faster
Have You Ever Used Location-Tracking to Find a Device?