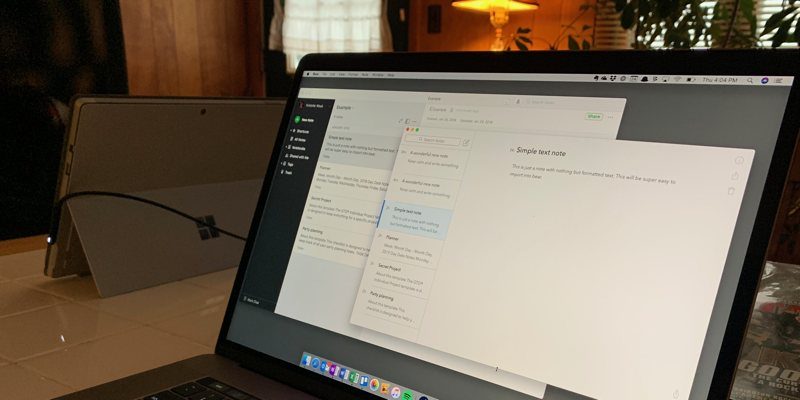 Evernote is a fantastic app, but it’s far from the only option. Many of the alternatives are big, powerful, and filled with functionality, but some people want something simpler. If that sounds appealing, and you mainly use macOS and iOS devices, then Bear could be the app for you.

Switching notes apps isn’t an easy decision, especially if you’ve got a lot of notes in another app. Fortunately, switching from Evernote to Bear is a fairly straightforward process. There are a few things you’ll need to watch out for, though.

Before you get started

While Bear, like Evernote and OneNote, is a note-taking app at its core, it takes a different approach. Evernote is much more heavy duty, while Bear has a minimalist, text-first approach. Because of this, not every type of note will be a snap to migrate.

If you’re like a lot of people, the vast majority of your notes are bits of text you jot down. If that’s the case, you’re in luck. Most formatting will flawlessly migrate from Evernote to Bear as well. This includes bold and italic text, but also bulleted lists, numbered lists, and other formatting essentials.

File attachments – which weren’t always supported by Bear – now migrate effortlessly as well. This means any PDFs, images, or even Word documents in your Evernote notes will make it into Bear.

What doesn’t quite work 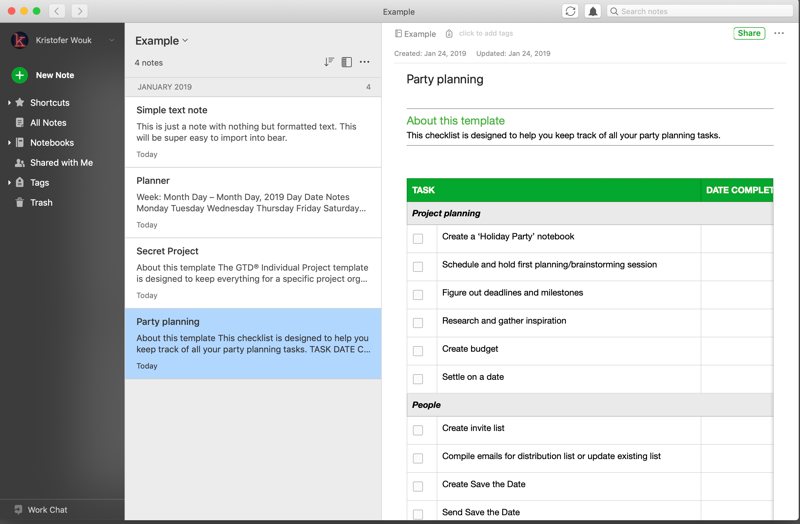 If you make use of Evernote’s more advanced formatting features like tables, you might have some work ahead of you. While the actual text will still make it into Bear, the formatting won’t. This means carefully structured data can end up as a simple string of text. 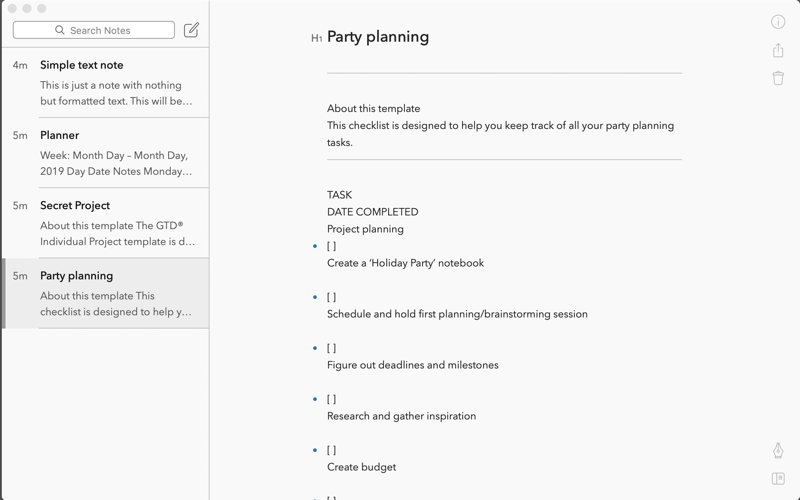 These formatting issues also apply to clipped articles. That’s a problem if much of your use of Evernote involves clipping pieces of information from the Web. As with advanced formatting, the actual content will often survive the migration process, but it won’t be pretty.

There are ways to work around both of these issues, which we’ll get to later.

Before importing them into Bear, you’ll need to get your notes out of Evernote. This is easy to do, but you need to make a decision first. If you don’t need much in the way of organization, you can just select “All Notes” in the left menu, then hit Command + A or choose “Select All” from the Edit menu, then go to the File menu and choose “Export Notes,” and choose where you want to save them. 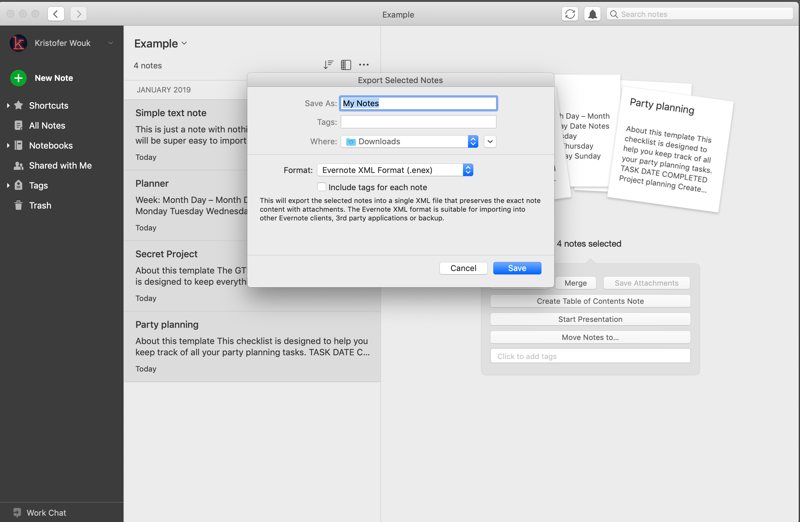 If you use Evernote’s folders and want to preserve that structure, that’s easy too. Instead of going to All Notes, simply go to each notebook, select all notes in that notebook, and export as you would above. Then repeat this for each notebook you want to migrate to Bear.

Import your notes into Bear

If you simply exported all of you notes in one go, importing them into Bear is just as easy. Go to File, select “Import Notes,” then locate the Evernote .enex file you exported in the above step. 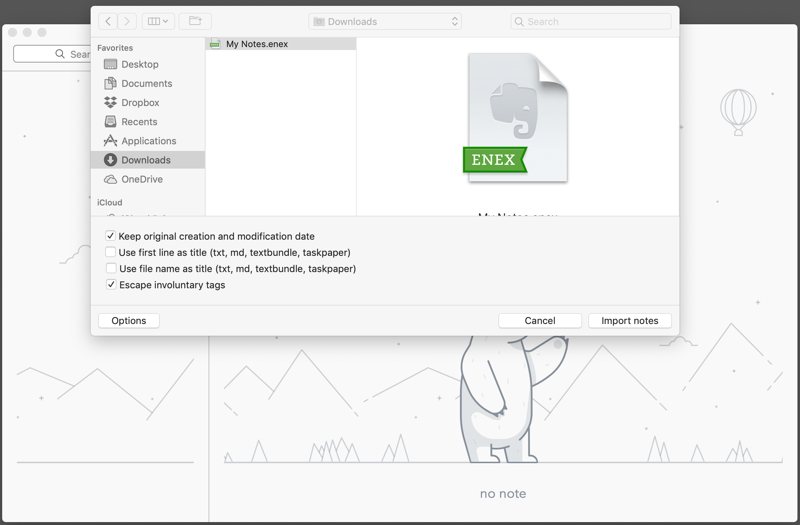 Maintaining the folder structure from Evernote takes a little more work. Before you start to import any notes, make a new note in Bear. Using hashtags, add a tag for each Notebook you’ll be importing.

Before you start the import process, there are a few options to look over. If you like your notes organized by when you last edited them, select the “Keep original creation and modification date” option. Finally, to avoid accidentally creating tags, you might want to select the “Escape involuntary tags” option.

Now you can hit the “Import notes” option, and Bear will get started.

Once the import process has finished, you’ll want to check your notes for any formatting issues. If a note is improperly formatted, you have a few options. One simple fix is to print the note from Evernote but print to a PDF. Then attach this PDF file to a new note in Bear.

If you have some clipped articles that didn’t make it through the migration unscathed, you can re-clip them. Bear has a browser extension for Chrome, Firefox, and Safari that will let you clip articles in a more text-friendly format.

Finally, if you run into any other trouble, Bear has a help page for migrating from Evernote.

How to Back Up Your Whatsapp Chats in iOS
Playing Old DOS Games on macOS with DOSBox
How to Run Android Apps on Mac
How to Set Live Wallpapers on an iPhone
Apple Pay Not Working? Here’s How to Fix It
How to Get Rid of the Floating Screenshot Preview in macOS
The Anatomy of macOS App Bundles
Syncing macOS and iOS: How Do They Connect?