You know all the web browsers, right? At least, all the REAL browsers. There’s Firefox, Safari, Opera, Chrome, and of course Internet Explorer. It’s not likely any more little guys could join a game with players like that, right? If you were to try Midori, the WebKit-based GTK web browser for Linux and Windows, you might start to rethink your answer to that question. It’s small, fast, scriptable, gesture-ready and passes the Acid3 test with flying colors. Can it really hold up against the engineering efforts of industry giants like Google, Apple, and Microsoft? We aim to find out.

Note – While the Midori website does contain links to a Windows binary, this article is focused on the Linux version.

If your distribution contains the XFCE desktop environment, there’s a pretty good chance it’ll have Midori as well. Ubuntu users can find it in the Ubuntu Software Center, or with the command line

If not, a tarball for installation can be found here.

As you can see in the screenshot below, Midori has a layout pretty similar to Firefox. The toolbars, input boxes, and menu items are laid out much like you’d find in many other browsers. Tabs in Midori are shown below the address bar, as opposed to Chrome which displays them above. 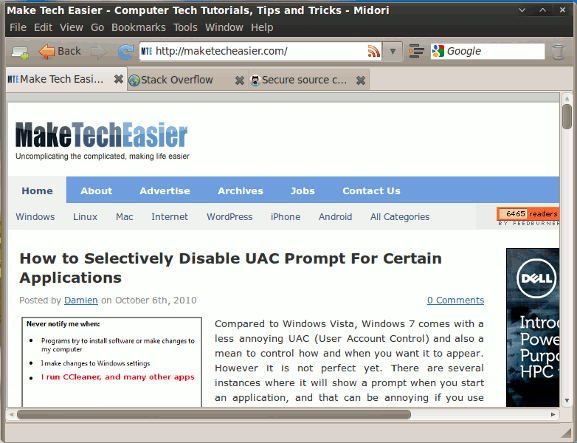 The address bar has the history searching features we’ve all grown used to, allowing quick access to previously visited sites, and includes options to search for your term using the provider of your choice. 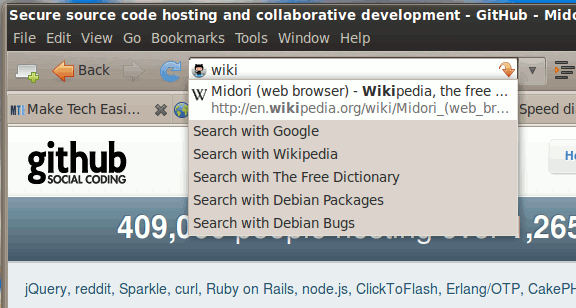 Midori is certainly not without unique features of its own, one of which is the Speed Dial page which is opened when you create a new tab. At first glance it looks a bit like Chrome’s New Tab page, but it operates differently. Where Chrome would build a table of sites based on your web history, Midori just provides a blank slate to create a simple start page of your own. 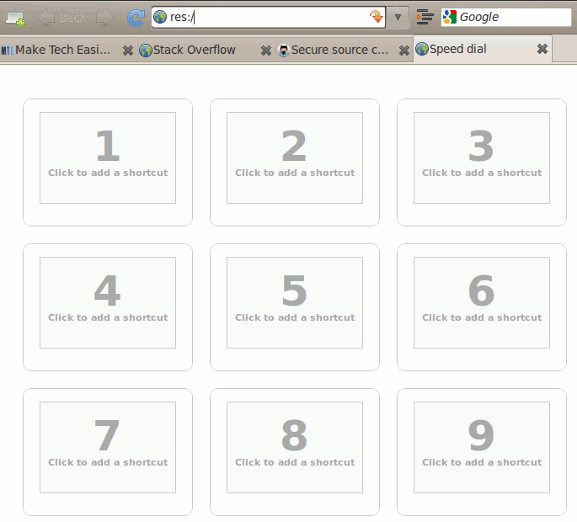 Just click on any item and provide the address of the site you want to link, and a title. Midori will fetch a screenshot of that site for you. 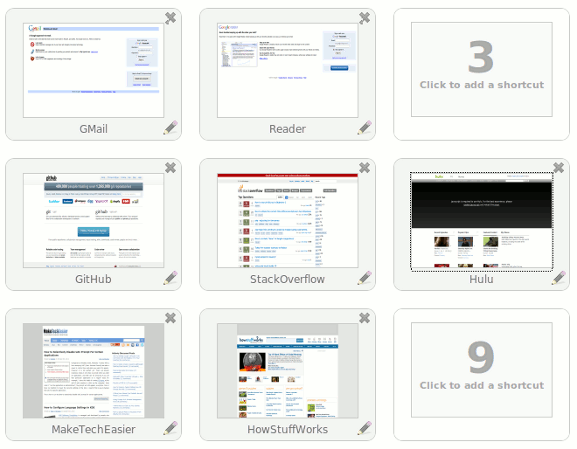 Many of you may be thinking “looks fine and all, but can it run Flash/Java/HTML5/AJAX?” and many other acronyms. In short, Midori seems to be capable of using many of Firefox’s content plugins. Flash, which had been previously installed on the Ubuntu Lucid test machine used for this review, worked immediately in Midori. Moonlight (the open source Silverlight implementation) did not function in Midori but the Quicktime, Google Talk, and Java plugins seem to be working properly.

To test standards compliance, I used the well known Acid3 test. This runs a browser through an extremely thorough test suite to verify standards compliance. If a browser scores well on Acid, it’s a very good sign that it will operate properly with the modern web. Midori very quickly scored the full 100 points. 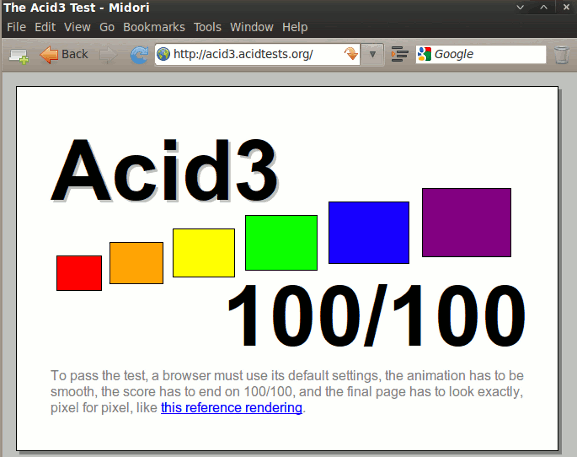 It didn’t do quite as well for HTML5, though I should point out that HTML5 is still a draft specification and not yet finalized, so it would be rather difficult for any browser to be fully compliant at this point. Still the results from HTML5Test.com give us a fairly mediocre score of 187, as compared to Chrome 6’s score of 217, and Firefox 3.6’s score of 193. 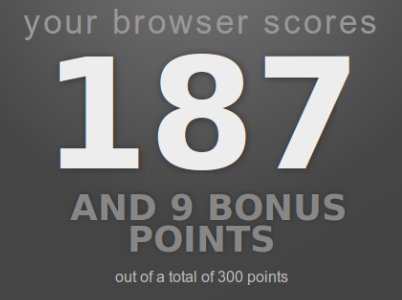 Midori is not without its share of problems. For example, in the time it has taken to write this review, Midori has so far crashed twice unexpectedly. Normally, that would be reason enough for me to toss it out and maybe check back later, but there are enough complelling features in Midori that it seems worthwhile to focus on the good aspects and trust that stability will be improved in later releases.

The only issue that I would consider poor design is the handling of the text in the address bar. An “empty” address bar is not empty, it points to res:/. This means that if by chance you might happen to want to go to… oh I don’t know… a web site, you have to remove that text first before entering your query ip address.

On top of that, the res:/ text is inserted even when opening a new tab. This means that if you were to do the normal action of hitting Ctrl+T for a new tab then entering your address, you must now first clear out the existing text, otherwise you’ll end up with something like “google.comres:/” in your address bar.

There are a few things about Midori to tip you off to the fact that it’s a small independant project, but for the most part it’s a surprisingly capable browser with a lot of clever design behind it. Aesthetically it may not be able to compete with some of the other popular browsers, but it’s got all the functionality necessary to act as a primary browser for all but the most picky of Internet users. If the developers can iron out a few of the stability and usability problems, it might just make the big names take notice.