We’ve already written a review of Windows 8 Consumer Preview, and also thrown in a word on the Release Preview. Microsoft just debuted its “Surface” tablet (not to be confused with the Surface table) and it seems like there are some points I should get across regarding this new device. The material is to be taken with a grain of salt, though, as no one from the general public has really had a chance to fully explore the tablet for heating issues, navigability problems, and other forms of flatulent behavior people often experience when a company rushes into the scene to release a tablet for some kudos.

From what I’ve seen, it’s not really that bad. I mean it.

The tablet sports a nice wide 10.6″ screen. It is composed of a lightweight material, and doesn’t have that iffy “Microsoft” feel to it. I didn’t expect the Microsoft Surface tablet to be this impressive, but it certainly swept me off the ground with its integral capacities, ease of use, lightweight material choices, sensor integration, and angular design. Overall, it’s one heck of a tablet so far, at least from the presentation.

I’m not going to bore you with details about the presentation when I can show you a nice tidy video of its entirety: 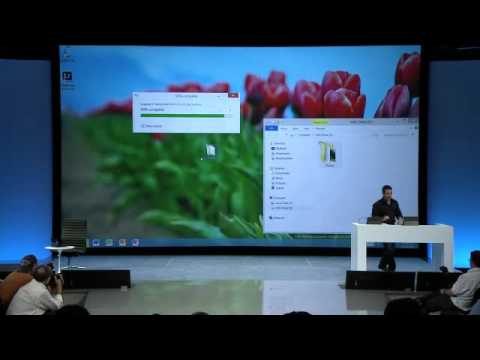 If you want a tablet that has all the niceties that your personal computer has without the heavy power consumption, you should get the Windows RT tablet. The Windows RT tablet is built on the ARM processor, so you won’t be able to get your regular Windows program to run on it, but it will function well as a tablet, just like any iPad or Android tablet do. This tablet will use considerably less power, making your battery last longer.

For those who want a tablet for doing heavy-duty work, the Windows 8 Pro tablet is the way to go. This tablet is built on Intel Core i5 CPU and the Windows 8 OS is the same one you are running on your desktop, so you can install and run your favorite desktop application on it. However, keep in mind that desktop PCs and laptops often possess the ample space you need to comfortably type and navigate, while a tablet will keep you within a confined space. Think twice before you make the plunge.

You might be attracted, at least at first, to the features of the tablet presented in the Microsoft exposition. However, if you are a keen observer, you might have noticed a couple of things that were not mentioned in the presentation. This is not to say that Microsoft is trying to hide some flaw in its computers from you. Most likely, they prefer not to reveal these details until they’ve worked out all the kinks they still have. You still can’t be sure, so let’s make a list of things to research before you buy the tablet upon its release:

I noticed, most of all, that they still have no figure on how much the tablet will cost. Microsoft is almost done with Windows 8, already came up with a prototype for a tablet, and still won’t provide a set of ranges for licensing fees or possible pricing for its tablets. That’s a ghost that’s been haunting me for a couple of months now, and I’m sure that Microsoft is not revealing this because the company intends to market its device before selling it. This is a strategy some companies use to attach higher price tags on something when it will be expensive to manufacture. According to this article on Yahoo News via BGR, it seems that I’m not quite far from the truth. If this is accurate, and the Surface will cost at least $600, Microsoft’s Surface tablet might suffer the same fate that the Zune did.

The tablet is neat, but asking for $600 or more might destroy any chance Microsoft has in marketing against other competitive companies like Apple, which sells its top iPad 3 for $100 less than this. Amazon’s Kindle Fire, by comparison, sells for $300 less. I think it’s a terrible way to get your product into the market. Other than that, the design is is awesome in ways that are not easy to describe in words, by my personal opinion.

Now, we’d like to hear your opinion on the subject. Please leave a comment below and tell us what you think!

How to Control your Raspberry Pi through Windows via SSH