Of all the things that Microsoft introduced, the tablet computer was one of the most ignored, the phenomenon to be revived only when Apple releases its iPad. Granted, Microsoft’s tablets were very robust and didn’t offer as much portability as the iPad, and the battery life was as terrible as a laptop’s. We’ve gone past that, though, and now Microsoft is attempting to get back in the game by making its new operating system ARM-ready, offering high battery life. That’s not the end of it, though.

We’re far from developing sufficiently responsive tablets, but Microsoft has taken one step closer with a prototype that has a one-millisecond response time. Have you ever used a tablet and dragged an object around the screen just for fun? Ever notice how the object’s always struggling to catch up to your finger? Sure, many people don’t mind it, but Microsoft feels it can do better than this.

Announced on March 13, the developers at MS have taken a little time to demonstrate the power of the new screen, which gives you a much more natural feeling. You won’t really know what I mean, though, until you’ve had a look at their demo video: 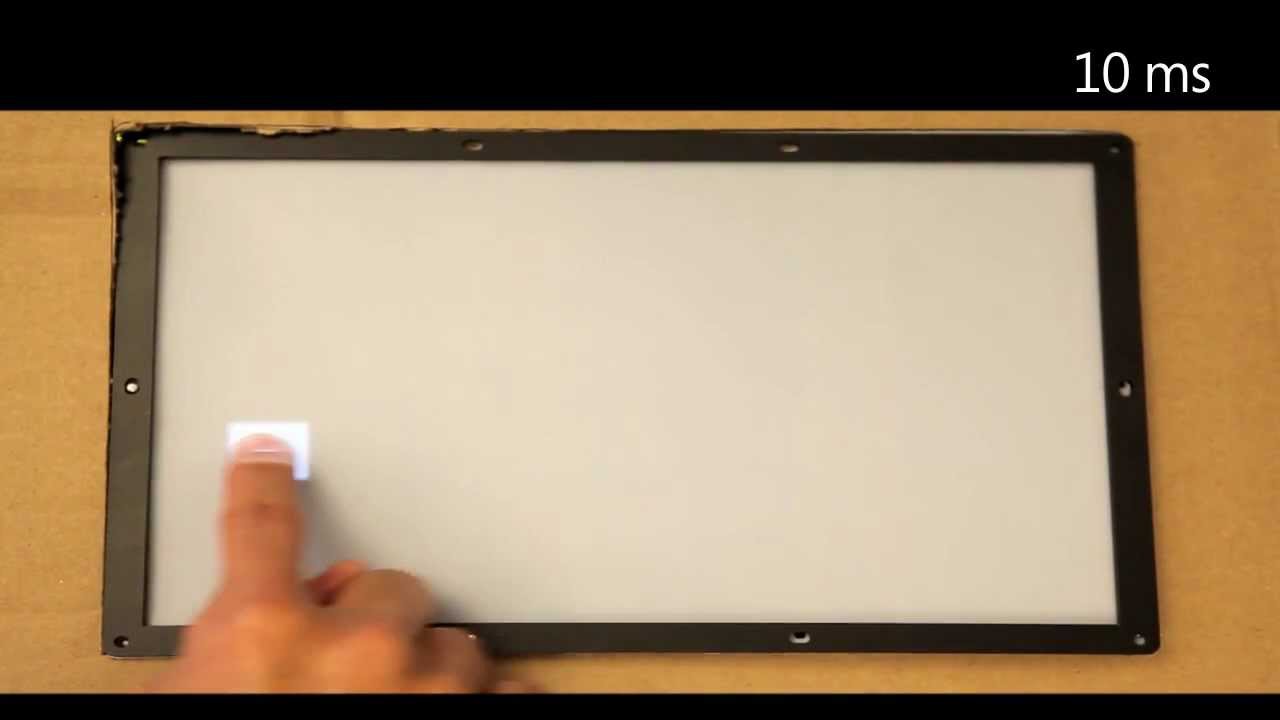 This kind of innovation can potentially make Microsoft once again the leader in touchscreen technology. Their recent emphasis on natural user interfaces (NUIs) has sparked a new generation of computers. Recent developments to improve response time might make people feel more comfortable with their tablets, especially while using systems that require drawing or quick finger movements. The implications include the possibility for advanced gaming.

But will Microsoft’s innovation receive recognition, or even be used in future tablets? While it might seem so, Microsoft has not always used the innovations that its developers have worked hard to create, only to put the idea on hold for another company to take home the trophy.

The point of this response technology has its roots in screen size. Smaller screens do just fine with lower response times, since you don’t really notice the lag, but imagine trying to move an object across a 24-inch screen. The result will be an object way behind your finger. When you’re done moving the finger across the screen, you’ll just stand there a second or so waiting for the object to finally reach the last position you had your finger over. This is unacceptable if we want to increase screen size for presentation environments used in many major businesses.

So far, we’ve seen that the screen in the video is very rudimentary. Let’s see if Microsoft can actually apply this technology to full-fledged touchscreens and demonstrate that it’s not behind when it comes to high-fidelity hardware. However, the company is also fighting with a ton of bad publicity about its previous endeavors and failures, which has made the general public wary. People who use Windows PCs have been mis-labeled as clueless and classless people when, in reality, they mostly use PCs for the added performance benefit.

That’s another story though, and we hope that Microsoft doesn’t disappoint us with the new set of tablets it’s been rambling on about since mid-2011.

What Is Google Meet Companion Mode?