Two of the most anticipated features of the Apple mobile operating system iOS 5 are the photo editing feature added to the photo app, as well as the new Photo Stream feature. These features definitely make things much easier for amateur photographers to keep their keepsakes up-to-date on all their devices.

Under iOS 5, no matter what iOS-enabled device you have, Photo Stream will instantly keep your photos up to date. If photos are taken with an iPad, they will be immediately transferred to your iPhone, and vice versa.

Additionally, this also works in conjunction with iPhoto on your Mac. Under the Lion OS, and with iPhoto version 9.2 or higher, photos appearing in your Photo Stream on your iPad or iPhone will also appear in Photo Stream in iPhoto. It works very much as a separate folder here. Just as iPhoto sets up folders for your last import, last twelve months, trash, etc., it also includes one for Photo Stream. 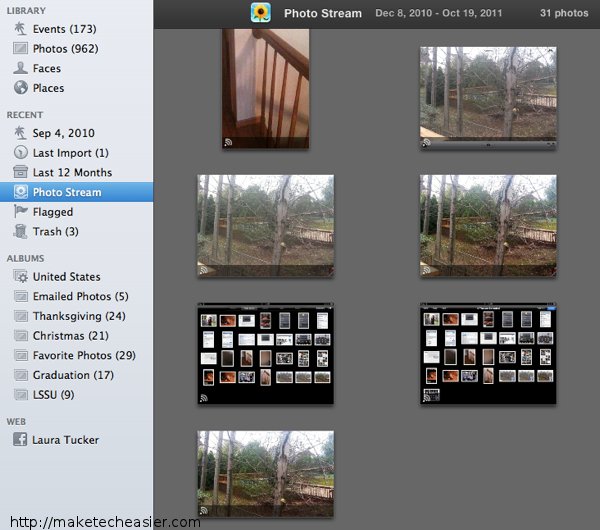 Photos can now be edited on your mobile device. After you click on a photo in any given folder, including the Photo Stream, you have the option to Edit. Choosing this option gives you four choices at the bottom: Rotate, Enhance, Red-Eye, and Crop. 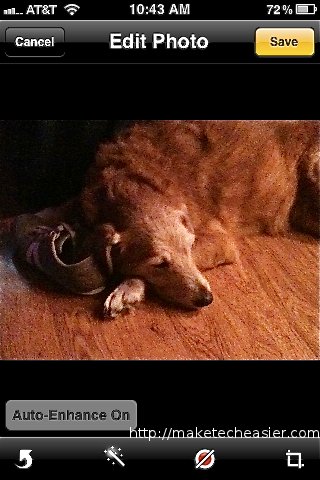 After you make your changes, click Save, and the photo is permanently fixed. If, however, you edit the photo within the Photo Stream, it will issue a warning asking if you want the photo to be saved to your Camera Roll. Doing so gives you an additional photo in your camera roll, assuming that’s where the photo was being stored. Photos not originated on your device (photos taken with a non-iOS camera) can be edited as well, but they will not appear in the Photo Stream. 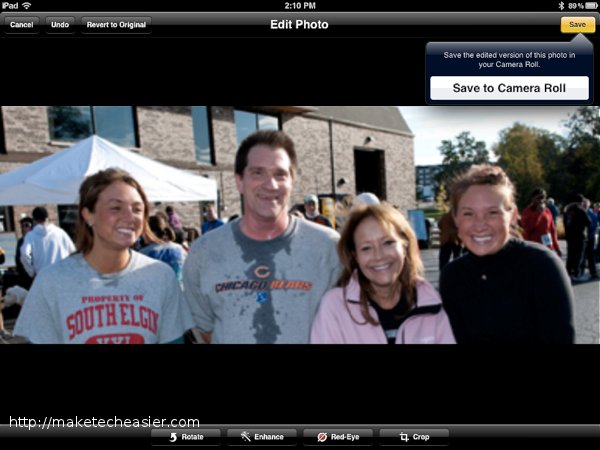 Editing the photos in iPhoto works very much the same in the Photos app, except with additional editing options. There are additional options to retouch, change the color effects, and adjust the levels, including to sharpen. Just as with the photo editing in iOS 5, you can either edit the photo in your library, or do it within the photo stream, which will ask you if you want it saved to your Library. Interestingly enough, edits to photos in Photo Stream do not ever change the photos within the Photo Stream

Additionally, you can share and move photos very easily from within the Photo app under iOS 5. From the Photo Stream, you can can click the “Share” button in the upper right, then click on the photo(s). You can then move them to another folder, email or print them, or even Tweet, Assign to a Contact, or Use as Wallpaper. 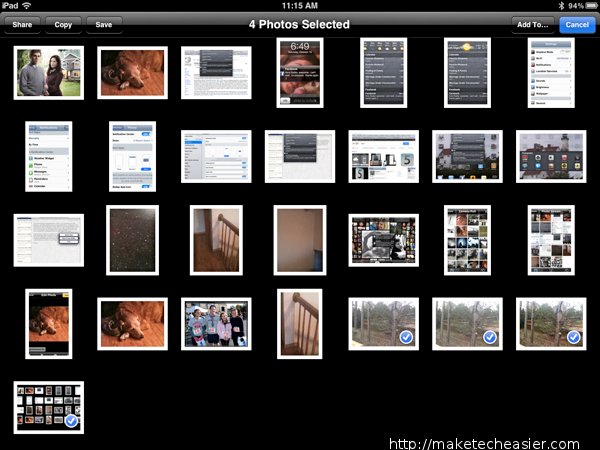 For most common uses of the Photo app, these editing and sharing capabilities will suffice. It’s important to remember that the photo editing feature is not meant for professional rework. You won’t get the same effect as using Photoshop in your Mac. Additionally, moving your photos around does remove some of the image quality. Avoid doing that unless it is necessary.

What do you think of the new features in the Photo app in iOS 5? Does it meet your requirement, or have it exceeded your expectation? Let us know in the comments.