Collecting music in this era has become much easier. People don’t have a big room with wall shelves full with cassettes and discs anymore. Instead, almost everything has been converted to digital file and is tucked inside a digital storage. Saving real storage space, searching time and eliminating the pile of dust.

On the other side, the convenience of digital music raises another problem: digital file management. Take a peek into your music collection, how many files have their names and information right? Maybe it’s far less than a half. If your collection consists of less than a hundred MP3s, the process of tidying up the wrong names would be a breeze. But everybody I know has thousands of tunes in their library.

Tidying Up With Tagr

Luckily, the “organizing MP3 collection” process could be simplified with the help of a free app called Tagr. This little app (only about 2.3 Mb) claims to be able to edit information such as a song’s artist, title, or album cover. Tagr also allows you to control the way your files are named. Tagr also features integration with discogs.com that allows you to search for album information and artwork and apply it to your songs. 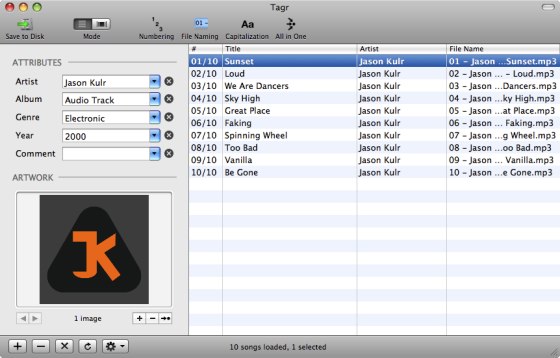 To use Tagr, users simply drag and drop their MP3s into the Tagr windows to be edited. Dropping down an entire album is possible (and advisable), so the user can add or edit the information in a bulk. Just select all MP3 files and user can tinker with the attributes. 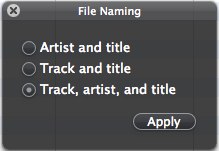 – Capitalization: Users can choose to change the track names into: Title Case, UPPERCASE, or lowercase. 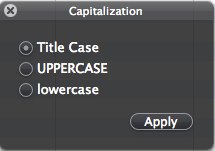 – All In One: do all the above at once to all the file selected.

As an addition, users can add attributes such as Artist, Album, Genre, Year, Comment and album art to the selected files. These attributes will be part of the file, and users should not be afraid that they would be lost – even if the files are moved to another computer.

Just be sure to hit the “Save to Disk” icon after you change the MP3s information.

IMHO, here are the few things where Tagr could be improved:
– I tried to drag and drop songs from iTunes and failed. Maybe the future version of Tagr could support this. iTunes might be a superior player, but it still has some limitation such as adding album art. It would be nice if we could do it easily with the help of Tagr.
– To retrieve songs’ information and art from the Discogs.com to be applied to the songs, users have to go to coverflow menu. This additional step is not described clearly and lazy users could get frustrated trying to locate it. Maybe adding a search box and a right click menu to access this feature would greatly appreciated by the users. 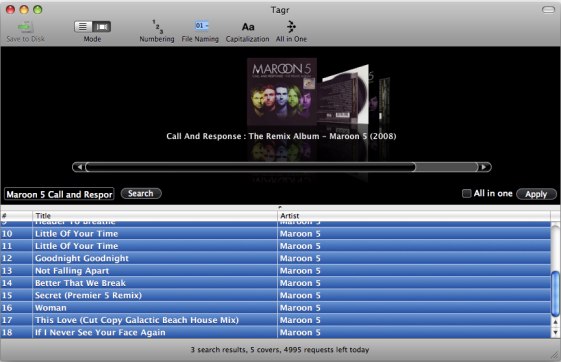 So, in conclusion, Tagr is a nice little helper in managing names and tags of MP3 files, but it could be improved.

Have you tried Tagr? Or do you use other application to manage your MP3s? Share your thoughts using the comment below.

How to Use Processing to Make Interactive Art
How To Tag Movies For Your Portable Multimedia Player Easily With MetaX
Download MP3 For Free, Right From Your Desktop
How to Remove DRM from iTunes Music
Automatically Rate Songs in Your iTunes – Mac Only
4 Easy Ways To Stream Your Music Online
Keep Your File List Fresh – Mac Only
How To Purchase DRM-free MP3 From Amazon Via iTunes