The Apple MagSafe charger is an example of genius engineering. Using magnets to secure a connection between the Macbook and the charger prevents potentially catastrophic accidents, not to mention the satisfying snap that occurs when the power cable connects to the charging port. However, on occasion your Macbook simply refuses to charge. Before you start screaming expletives and yanking your hair out in frustration, try the potential fixes outlined below. 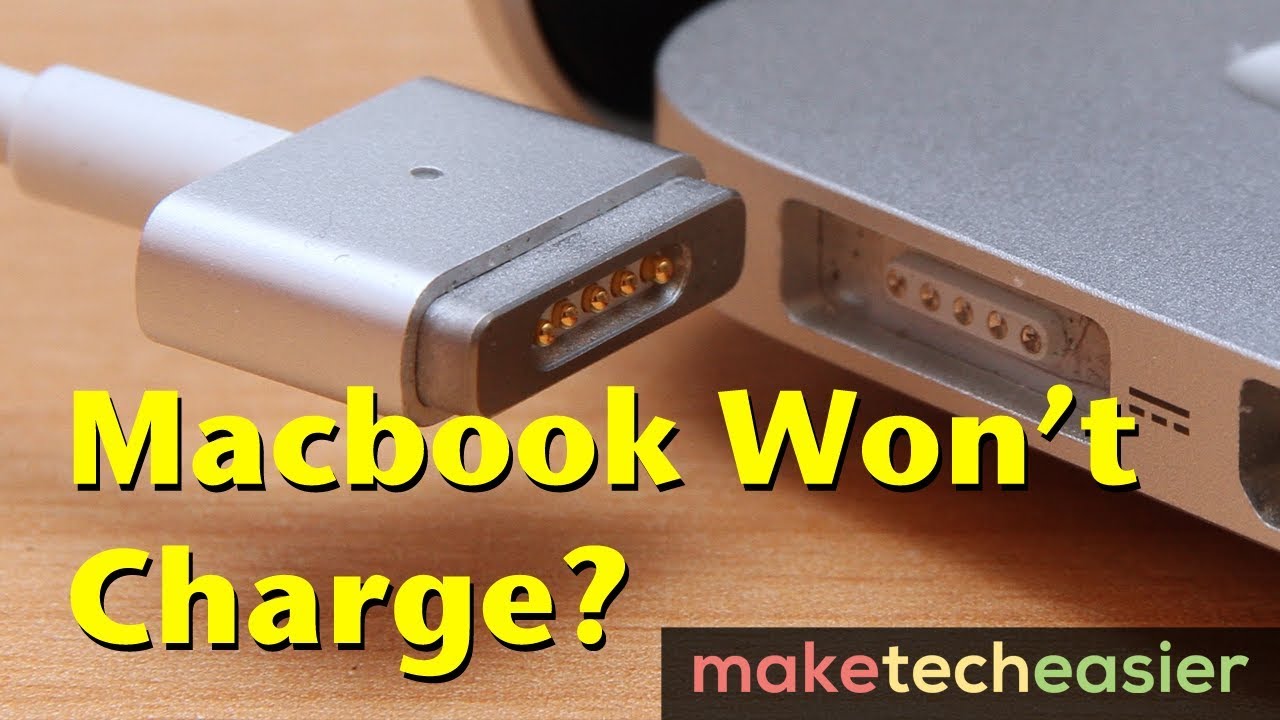 If your Mac is plugged in but doesn’t appear to turn on, don’t panic. First things first, you’ll want to rule out your Mac’s display as the source of the issue. To be sure you’re not having a display problem, there are a few things to look out for. If your Mac is receiving power, you should notice one of the following after turning it on:

It’s safe to say that if you’re reading this, you’ve ruled out your Mac’s display as the culprit. This next step may seem obvious, but you’re going to want to make sure everything is plugged in properly. To do so, work through the following steps, checking to see if your Mac charges/powers up after each step.

1. Double-check and ensure your Mac’s charger is plugged securely into the wall outlet. To check if the wall outlet is working, plug in another electrical device.

2. If the wall outlet is working and you continue to have no power, confirm that the MagSafe power cord is connected to your Mac’s charging port properly. Ensure that there is no debris in the charging port that might be affecting the connection.

3. Disconnect everything plugged into your Mac. This includes things like printers, USB hubs, external storage drives, and mobile devices.

5. Finally, if it’s possible, try another power cord or adapter.

If none of the solutions detailed above have worked, you’re probably freaking out. Take a deep breath, you still have one more potential fix up your sleeve: reset the SMC.

Note: only Intel-based Macs have a SMC.

SMC stands for System Management Controller. The SMC is responsible for running multiple parts of your Mac, including power and charging functions. Resetting the SMC can flush out any glitches your Mac may have run into. With a little luck, resetting the SMC will solve your charging issues. Resetting the SMC sounds complicated, but in reality it’s really easy. However, before you get started, you first want to identify if your Mac’s battery is removable or not.

Mac laptops that have a non-removable battery include the Macbook Pro (early 2009 and later), all Macbook Air models, Macbook (late 2009 and later), and Macbook Retina (early 2015 and later). If you have a Mac notebook computer other than the ones listed above, you should be able to remove the battery.

Resetting the SMC on a Mac with a Non-Removable Battery

In order to reset the SMC on a Mac laptop with a non-removable battery, follow the steps below.

2. Using your Mac’s built-in keyboard, press “Shift + Control + Option” on the left side of the keyboard while pressing the power button simultaneously. Hold these keys and the power button down for 10 seconds.

Note: If you have a Macbook Pro with Touch ID, the Touch ID button is the power button.

3. After ten seconds have passed, release all the keys.

4. Press the power button to fire up your Mac.

Resetting the SMC on a Mac with a Removable Battery

To reset the SMC on a Mac laptop with a removable battery, see the following steps.

3. With the battery removed, press and hold the power button for five seconds.

4. Reinstall the battery and connect the charger to your Mac.

5. Press the power button to turn on your Mac.

Hopefully your Mac’s charging issue will be resolved by resetting the SMC. If you are still encountering problems, you may have to take further action. In this case we recommend that you take your Mac to an Apple Store or certified Apple repair center for troubleshooting.

9 of the Best Small Power Banks

How to Elevate Your AirPods Listening Experience With Spatial Audio

How to Update AirPods Firmware via a Mac or iPhone

How to AirPlay to Mac From iPhone

8 Ways to Fix Unresponsive Apps and System Freezes on Mac

How to Connect Your PS4/PS5 to a Laptop or Mac