This is a sponsored article and was made possible by Lucidchart. The actual contents and opinions are the sole views of the author, who maintains editorial independence, even when a post is sponsored.

When it comes to making professional diagrams and charts, there are many apps to choose from. The first one that may come to mind if you’re a Windows user is Microsoft Visio. If you’re a Mac user, you may think of OmniGraffle instead. While both are great options, they’re limited due to the fact that they’re only available for certain operating systems.

Lucidchart is a universal alternative that offers many of the same features for creating diagrams and charts. Whether you’re on Windows, Mac, Linux, Android or iOS, you can use it to brainstorm, plan events, enhance presentations, create mobile app mockups and much more.

Let’s take a look at Lucidchart’s features and see how they compare to OmniGraffle – a powerful diagramming and digital illustration software for Mac OS X.

With Lucidchart, there’s nothing to install.; it’s built on HTML5. This means that it will work on every modern browser and Internet-enabled device. While Android and iPhone users must access Lucidchart through a browser, there is a free iPad app available.

You’ll need to create an account to use Lucidchart. When starting a new document, there are numerous templates to choose from, but you can choose to start with a clean slate by using a blank template if you prefer. You can also import diagrams from Visio, Gliffy and OmniGraffle once created.

Lucidchart offers drag-and-drop functionality to make everything easy – from drawing lines to inserting shapes. As you’ll see below, there are ample shapes and containers to choose from. You can also click on “More Shapes” at the bottom right corner of the page to search the library for more.

One cool thing about Lucidchart is that it’s the only web-based diagramming tool that supports Visio stencil files, which are customized shape libraries. These are found in “More Shapes” as well.

As you can see, there are many options when it comes to making your diagrams and charts stand out. You can also add text and color and change the style of your objects with ease, using the formatting toolbar at the top of the page.

With Lucidchart’s group chat and internal commenting system, you can easily collaborate with a team or even clients in real-time from any document. You’ll be able to see whenever someone makes a change and discuss it right then and there. This convenience really cuts down on email clutter – no more emailing back and forth with updates and feedback.

Lucidchart’s revision history feature makes collaboration even better because it allows you to keep up with every single change made to your documents. You can see who made the change, when and what was changed. You can also revert back or even start a new document from a previous version if needed.

Once you’re done with a document, you can download it as a PDF, image or VDX (Visio file). This makes it easy to use your diagrams and charts in reports and presentations. If you prefer, you can publish it as a webpage, PDF (full document), PDF/image (single page) or image (part of a current page). You can also embed your documents wherever you’d like such as a wiki, website or blog.

There are also various sharing options: email, generated link, Linkedin, Google+, Twitter, Facebook or the Lucidchart community (other users can create new diagrams from yours).

If you want to see just how easy it is to create a flowchart from scratch, check out the video below. 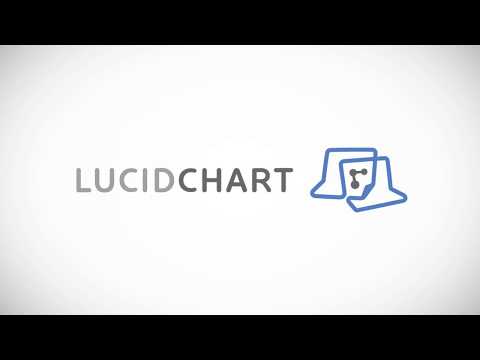 Being a desktop software, OmniGraffle has more features than Lucidchart. However, most of these features are only in the Pro version, which will cost you more money. As I mentioned, OmniGraffle does require installation and it’s only available for Mac OS X 10.10+ and iOS 8.

OmniGraffle has better stencil options and more templates, among other things. Plus, the shared layers feature is a huge time-saver – draw once, share everywhere (even on multiple canvases).

At Lucidchart, there are four subscription plans to choose from. All three paid plans come with a seven-day free trial and can be paid monthly or yearly. Besides the free plan, all plans let you add an unlimited number of objects to each document.

Note: Even if you already have the desktop version of OmniGraffle, you still have to pay an additional fee ($50 – $100) for the iOS app. However, Lucidchart’s iPad app is completely free.

OmniGraffle has plenty of features but is limited to Mac and iOS. Lucidchart is definitely a viable alternative based on that alone; it’s universal. Although Lucidchart’s feature list may not be as long as OmniGraffle, it’s just as efficient and provides the necessary functions to get things done. When it comes to looks, OmniGraffle definitely excels. However, with its user-friendly layout, Lucidchart isn’t far behind. The interface is very clean.

As far as pricing, they’re about even. OmniGraffle gives you a decent amount of features in the Standard version, but for many, it will not be enough. Likewise, Lucidchart’s Free and Basic plans are extremely limited in the features department; the Pro plan is your best bet. The only thing OmniGraffle does better is that it offers a flat rate; there are recurring charges for Lucidchart.

Personally, I find that Lucidchart suits my needs just fine. When I signed up for a free account, it was automatically upgraded to Pro (7-day trial). With that, I’m able to do everything I want and more, so I wouldn’t mind upgrading to Pro once the trial expires. What I like most is that I can use Lucidchart on my Ubuntu desktop, Chromebook and Android tablet. I’m only limited by the screen size (and possibly the hardware) on some of my devices.

How about you? Have you tried Lucidchart or OmniGraffle? What is your preferred tool for creating diagrams and charts? Let us know in the comments.

10 Chrome Flags You Should Enable to Boost Your Browsing

Flash Support Has Ended. Can You Still Use It in 2021?

6 of the Best Alternatives to Amazon

10 of the Best Discord Bots to Improve Your Discord Server

The 7 Best Sites to Play Online Board Games with Friends

How to Copy Text from a Blocked Site in Chrome