In the midst of all the recent heavy criticism Microsoft has received since around the year 2000, some people fail to realize that the company has made some heavy contributions that many believe actually come from other sources. In this piece, we will discuss things that Microsoft has done that hasn’t been brought up in many years, or recent things no one noticed about its accomplishments. Many of the things discussed here are concepts that Microsoft never became famous for, but actually did. Although there might be a lot of bashing of this article, it’s necessary to point out certain things about the company that makes some of its criticism unwarranted.

While everyone today is nuts about the iPad and Samsung’s Galaxy Tab, these aren’t the first tablets. These are simply ARM-based devices that have sprung up after a long silent period. That silent period came after Microsoft invented and debuted the tablet. The announcement came in 2001 when Microsoft demonstrated tablets running the Windows XP operating system. The only disadvantage of these tablets is that they could only run for about 2 hours, like a laptop.

The old tablets included a keyboard and a stylus, allowing you to type quickly and pin-point areas of your touchscreen with more precision. They thought about practically anything and ended up with a near-zero market share as a “thanks” for the introduction of this invention. It was one of Microsoft’s biggest blunders, and today the company still goes unnoticed in the tablet market. Despite the fact their tablets really aren’t that impressive, they should have been back in 2001.

Of course, we’re not really saying that Microsoft was the sole inventor of the tablet computer. Apple tried a similar stunt in a project that started in the 80s. It was known as the MessagePad 100, and looked like an over-sized PDA:

This is far from the modern idea Microsoft came up with, however, which had many more features and gave way to the tablets we use today.

But if you want to say that Apple was first, you’re also wrong. The first concept for a tablet was the teleautograph, patented in 1888.

2. Microsoft Creates “TellMe”, Siri Gets all The Attention

Everyone knows about Apple’s Siri, included in the iPhone as a part of the iOS operating system. However, not many people tell you that they would love to have a phone that includes Microsoft’s TellMe. Besides the obvious fact that Apple’s Siri is better than Microsoft’s TellMe, the latter of the two hasn’t been marketed so well, making the public less aware of its availability. Recently, I’ve watched as Siri beat TellMe in a comparison, yet many people seem to have no problems using TellMe to perform web searches, regardless of their accent. Here’s someone with a Hungarian accent using both systems: 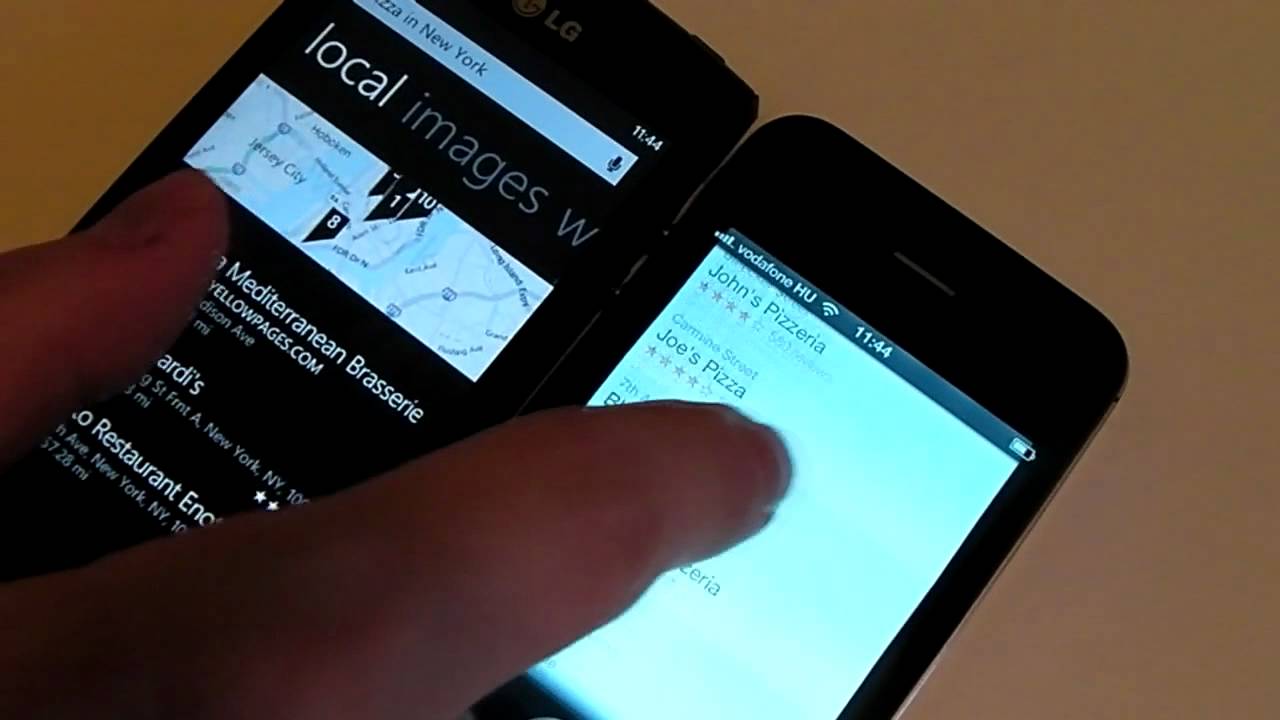 If you notice, there were times when TellMe actually understood something Siri didn’t. Both are search-based, but Siri does a bit better with interpreting the results. The point is that Microsoft put the idea on the table long before Apple presented Siri. However, I think both are admirable and have their merits. Compare that test of TellMe to the marketed concept video that presented what it could do in the future:

Besides the obvious, it seems that MS is going in the right direction. Sure, it just pulls up web results most of the time, but we can only hope for a better version in Windows 8 Phone. Besides, Microsoft doesn’t look that far behind Apple when it comes to mobile computing. The problem is always in delivery, however. Apple just sits quiet and delivers lots of innovative material while Microsoft receives a bad rep because it markets a product that doesn’t exist yet, develops it below the expectations of the audience, then attempts to pick up the pieces while the catastrophe ensues. I still think that Microsoft is underestimated and over-criticized, though.

3. Microsoft Contributes to Linux And All We Hear Are Crickets

On April 3, 2012, Microsoft has been declared the #17 contributor to Linux. Despite being called a company that wants to obliterate free software and establish a monopoly over the computing industry, that same company gave Linux some of the drivers it just recently integrated into the operating system to help it operate more efficiently in virtualized and native environments. Microsoft doesn’t stand to profit from this as much as you think, and paid some of its best developers to come up with the driver software in Linux. This seems like a move of good faith.

Not only did the company also contribute drivers, but it turns out that MS has been helping the Linux project since the release of kernel version 2.6.36, contributing 688 of the accepted changes.

Granted, a significant amount of those changes have to do with its new Hyper-V virtualization technology, helping Linux become compatible with what the company’s about to roll out with. This new Hyper-V technology will allow users of Windows Server run Linux and Windows simultaneously more seamlessly than previously possible. This will effectively cut costs for data centers wanting to offer the best of both worlds, making it possible for them to run a server on both Windows and Linux, while simultaneously offering both types of hosting from one single unit.

4. Microsoft Bob – One of The Worst Tech Inventions in History

Declared as the 7th worst technological invention, Microsoft Bob was an interface that MS quickly took out of the market. It was meant to modify the Windows 95 graphical interface in a way that would be more easily navigable by a computer beginner. It attempted to accomplish this by making the Windows operating system into a house you can walk through, with icons around each “room”. You started out in the “family room”, where a companion would walk you through normal operation of Windows. There were reasons why it failed, even if the concept was very friendly for those who didn’t know how to properly operate a computer.

That’s all we’ve got! If you think you have a fact about Microsoft that would interest people, leave it in the comments below!