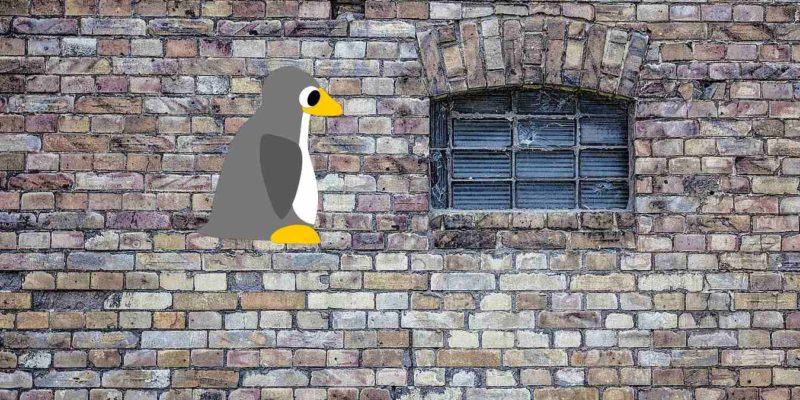 Linux vs. Windows, the age-old battle of the operating systems that caused many flame wars, disagreements and almost fanatical behaviour on Internet forums and blogs for what seems like forever. I think it is important to stress that this article will discuss not which is, “best” because it is impossible to come to that conclusion. Subjective opinion will never be correct to anyone who isn’t that person holding that belief. There are also some age-old cliches about the respective systems that serve no one; therefore, what follows is hopefully a fair review or comparison with a view to where both excel or not, based on specific criteria.

This is one of the most common cliches cited by Linux users over Windows. While there is some small kernel of truth in this, no system is “safe” from a determined attacker. As I said within my antivirus article, security is a concept, not a product. Working within the IT industry for many years has demonstrated to me that users pose the greatest threat to system security.

Linux has the use of a root (or superuser) account that must be given a password when installing software or making changes to the OS. Generally, this is a secure option, as it needs positive input to work. Windows, however, can also achieve the same results by making a separate administration account.

Despite the respective administration accounts, software installation can still pose a risk. Anyone can create an application or script on both sides of the OS fence that can trick users into executing, despite being from an alleged reputable source. Linux fortunately has curated apps within application stores or repositories, and the open-source nature of Linux means that anyone can review the code if they understand what they are looking for.

Windows however is a much more widely-used OS; therefore, it will be popular for attackers given its larger user base. Linux is still a minority OS (for desktop), even in 2018 and therefore is often overlooked. Note that security by obscurity is still not true security.

Windows shoots and scores. Here is where the Redmond offering wipes the floor with Linux. Despite recent improvements in software being ported or developed to Linux, Windows is still the king.

Users of Windows can be certain that most software will work, and even obscure outdated software will continue to work even when it is abandoned by developers. Windows has good legacy support, plain and simple. I know of commercial software that still relies on technologies like Silverlight, Active X and Internet Explorer 11. Linux, on the other hand, can struggle with basics that Windows users take for granted. Adobe Flash Player was missing on Linux for a long time, and even when it did appear within repositories, it was not as actively developed as Windows versions.

With regard to file systems, Linux can also read and write to NTFS- and FAT-formatted devices and USB sticks, whereas Windows will have no idea what Ext4 is.

Hands down, Windows wins again. Steam, among other clients and options, provides a huge number of games both from AAA publishers and small indie developers. While Steam for Linux now allows you to install Windows games, it is still in beta, and not all Windows games will work. It can be frustrating for Linux users, and no doubt the situation will change in the future, but for now in 2018, many Linux users miss out on the top games with their choice of OS. The graphics card vendors also tend to support Windows platforms rather than Linux. They provide timely updates and new features that don’t always filter to other OSes.

This one would have to go to Linux. Given the way Linux operates, it tends to get less “bogged down” with multiple processes, garbage collection in temp files and alike. The common file system of Ext4 is inherently efficient and helps by keeping files together on the disk. Defragmentation is a thing of the past on Linux. It isn’t a cliche to say that even moderate use of a Windows system will slow it down to unbearable levels unless users follow a strict maintenance plan.

Linux users have a private operating system that doesn’t “spy” on them and does not “phone home” with any degree of seriousness. Choosing Linux means the system is yours and yours alone. Add to the mix that most Linux systems come with an option of built-in military grade encryption, and users can be sure that device theft poses no real problem to data.

As a contrast, increasingly over the last few years, Windows has gotten more advert driven. Users are given the choice to opt out, and there are some clever registry hacks that can help, but advertising is now a part of Redmond’s plan. Windows can also watch what users do, offering syncing to the Microsoft OneDrive service or to learn behaviour to make Cortana, the Microsoft personal assistant, better. Personally, I do not favour these intrusive tools, but some users like their features.

This is a tough one to call. Linux over recent years has made huge leaps in usability. Distributions like Linux Mint have made installation and setup simple. Even non-technical users can install software and do normal day-to-day activities like web browsing, answering email, playing music or watching video.

Windows, due to market proliferation, is the default OS on many devices. Buy a new laptop or PC, and there is a very high chance it comes with Windows 10 installed. Users are used to clicking the toolbar, opening favourite programs and alike, which makes it good for power and non-power users.

Which OS is suitable for you?

This depends on what you need to do. If you are a gamer, need 100% compatibility with a particular software or want a user-friendly system, then Windows will serve you well. If you are an advocate of open-source software, or your device is simply too old or lower spec to run Windows, or just plain tired of all the forced update and reboot in Windows, then Linux may be a viable option.

So there is the platform for the arguments. Pitchforks at the ready! I hope this has been a more objective look at both systems, showing situations where each has its benefits and disadvantages. I haven’t discussed every difference or area, as there are simply too many. I use Windows and Linux in equal measure based on what I need to do either by dual boot or virtualisation.

However, what do you do? We would love to hear your comments and ideas below.