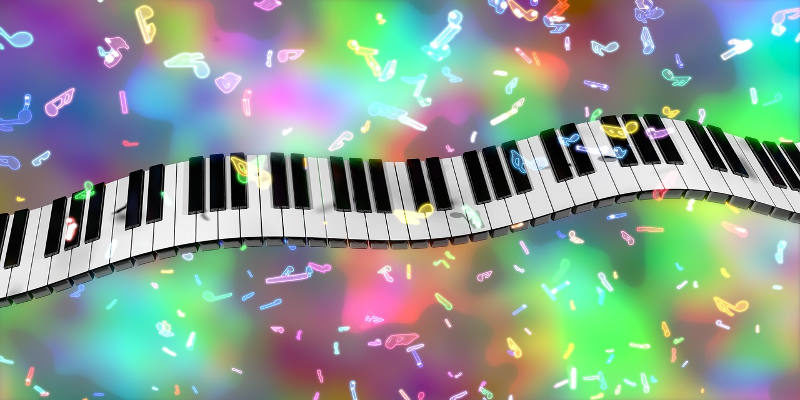 There are dozens of Linux music players out there, and this makes it difficult to find the best one for our usage. In the past we’ve reviewed some of these players, such as Cantata, Exaile, or even the lesser known ones like Clementine, Nightingale and Quod Libet.

In this article I will be covering more music players for Linux that in some aspects are even better than the ones we’ve already told you about.

Qmmp isn’t the most feature-rich (or stable) Linux music player, but it’s my favorite one, and this is why I put it as number one. I know there are better players, but I somehow just love this one and use it most of the time. It does crash, and there are many files it can’t play, but nevertheless I still love it the most. Go figure! 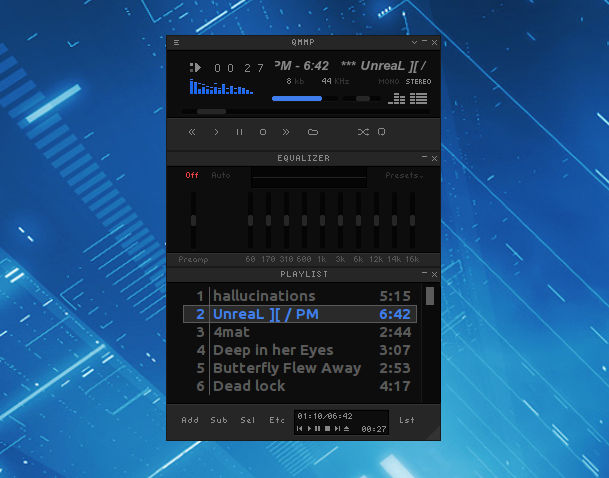 Qmmp is a Winamp port for Linux. It’s (relatively) lightweight and has a decent feature set. Since I grew up with Winamp and loved its keyboard shortcuts, it was a nice surprise that they are present in the Linux version, too. As for formats, Qmmp plays most of the popular ones such as MPEG1 layer 2/3, Ogg Vorbis and Opus, Native FLAC/Ogg FLAC, Musepack, WavePack, tracker modules (mod, s3m, it, xm, etc.), ADTS AAC, CD Audio, WMA, Monkey’s Audio (and other formats provided by FFmpeg library), PCM WAVE (and other formats provided by libsndfile library), Midi, SID, and Chiptune formats (AY, GBS, GYM, HES, KSS, NSF, NSFE, SAP, SPC, VGM, VGZ, and VTX).

Amarok plays a huge array of music formats, but its main advantage is the abundance of plugins. The app comes with a lot of documentation, though it hasn’t been updated recently. Amarok is also famous for its integration with various web services such as Ampache, Jamendo Service, Last.fm, Librivox, MP3tunes, Magnatune, and OPML Podcast Directory.

Now that I have mentioned Amarok and the KDE music player, now let’s move to Rhythmbox, the default Gnome music player. Since it comes with Gnome, you can guess it’s a popular app. It’s not only a music player, but also a music management app. It supports MP3 and OGG, plus about a dozen other file formats, as well as Internet Radio, iPod integration, the playing of audio files, audio CD burning and playback, music sharing, and podcasts. All in all, it’s not a bad player, but this doesn’t mean you will like it the most. Try it and see if this is your player. If you don’t like it, just move on to the next option. 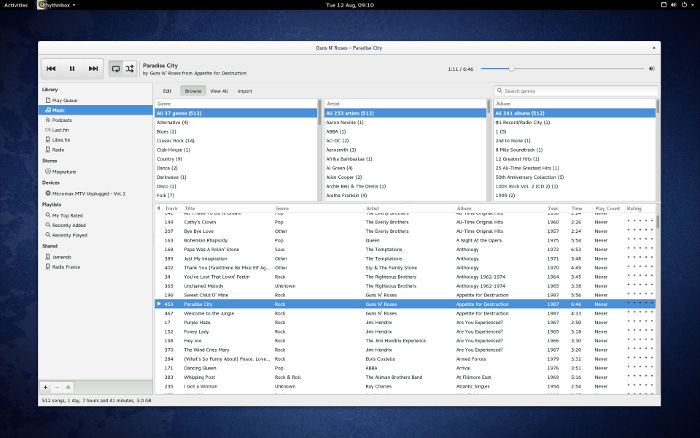 Though VLC is best known as a movie player, it’s great as a music player, too, simply because it has the largest collection of codecs. If you can’t play a file with it, it’s unlikely you will be able to open it with any other player. VLC is highly customizable, and there are a lot of extensions for it. It runs on Windows, Linux, Mac OS X, Unix, iOS, Android, etc. 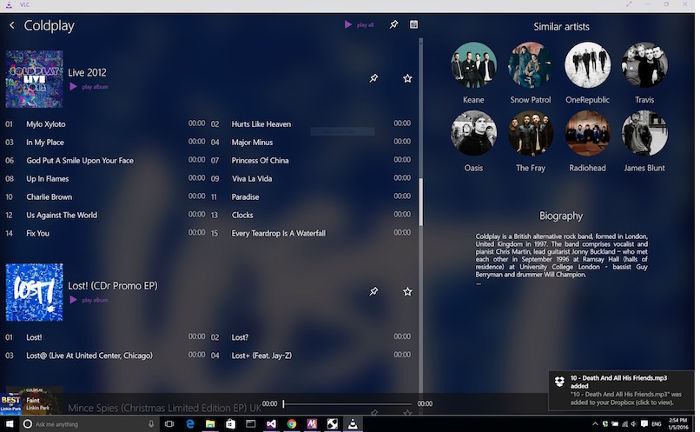 What I personally don’t like about VLC is that it’s quite heavy on resources. Also, for some of the files I’ve used it with, the playback quality was far from stellar. The app would often shut down without any obvious reason while playing a file most of the other players wouldn’t struggle with, but it’s quite possible it’s not so much the player, as the file itself. Even though VLC isn’t among the apps I frequently use, I still wholeheartedly recommend it.

If you fancy command line apps, then Cmus is your Linux music player. You can use it to play Ogg Vorbis, MP3, FLAC, Opus, Musepack, WavPack, WAV, AAC, MP4, audio CD, everything supported by ffmpeg (WMA, APE, MKA, TTA, SHN, etc.) and libmodplug. You can also use it for streaming from Shoutcast or Icecast. It’s not the most feature-rich music player, but it has all the basics and beyond. Its main advantage is that it’s very lightweight, and its memory requirements are really minimal. 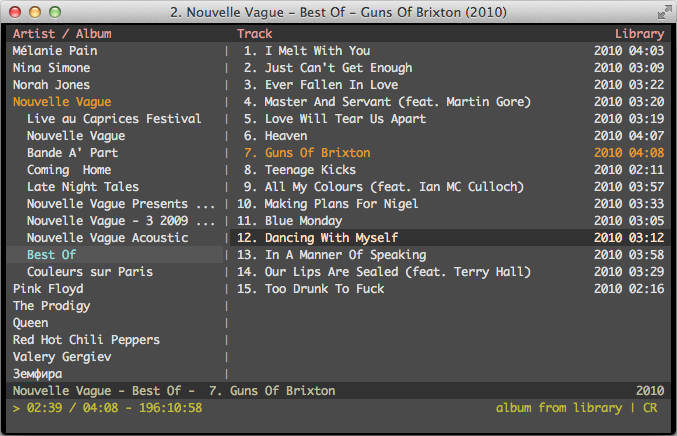 All these music players are great – in one aspect or another. I can’t say there is a best among them – this is largely a matter of personal taste and needs. Most of these apps either come installed by default in the distro or can be easily found in the package manager. Simply open Synaptic, Software Center, or whatever package manager your distro is using, search for them and install them from there. You can also use the command line, or simply double-click the install file you download from their site – the choice is yours.