At first glance, bejeweled-style combined with RPG may seem weird to many. Some may even find it boring. But I can assure you that it gets more interesting and addictive as you play.

In the game, you play the role of a young girl named Claudia. She is thrust into adventure as she searches for her missing uncle among the chaos. In the journey, she has to fight off gremlins and lanas. All she has is four elemental power: water, fire, earth and wind to help her ward off the enemies.

Unlike the usual RPG game where you can move the character around, you will have to complete the bejeweled gem swapping game to be able to move. Similarly, you have to gem swap to form 3 (or more) in a line to build up your elemental power. Each color of the gem represent different meanings. The purple gem allows you to walk, while the blue, red, green and yellow each represent the water, fire, earth and wind element respectively.

As you gained experience, you can up the level of your elemental power and also cast a higher level of enchantments and spells.

As you advance into higher level, you will have more power, spells and ability. And of course, the enemies, especially the boss, are also becoming more difficult to deal with. Juggling between the power build up (gem swapping) and attacking the enemies (throwing of the gems) can be a tough play, especially when you have plenty of gremlins surrounding you. You can be easily thrown into a panic attack when you need to quickly build up a certain power (say the fire element) and the red gem is not widely available. It tested your speed, as well as your mind. Here’s a video to show the game in action: 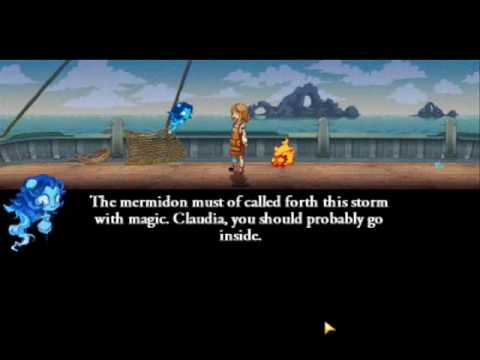 Legend Of Fae is priced at US$14.99 and you can find it here. There is also a demo that you can download and try it out before you buy.

MakeTechEasier would like to thank endlessfluff for their generosity while participating in this giveaway.

How to Play The Legend of Zelda on PC

What Is NVIDIA's DLSS and How Do You Use It?

How to Stream Twitch on Roku

How to Sideload SideQuest Games onto Oculus Quest 2

How to Play Steam Games on Your Phone with Steam Link

How to Connect a PS5 Controller to Your PC

How to Use Nvidia FreeStyle to Enhance Your Game's Visuals

The Best Gamepad for PC Gaming

How to Run Old Games on Windows 10
How to Play Xbox 360 Games on Your PC with Xenia
Best Single Player First Person Shooter (FPS) Games to Play In 2021
What Is NVIDIA’s DLSS and How Do You Use It?
The Best Fighting Games to Play in 2021
How to Play The Legend of Zelda on PC
A Guide to Emulation with RetroPie
9 of the Best Co-op Games You Can Play in Your Browser