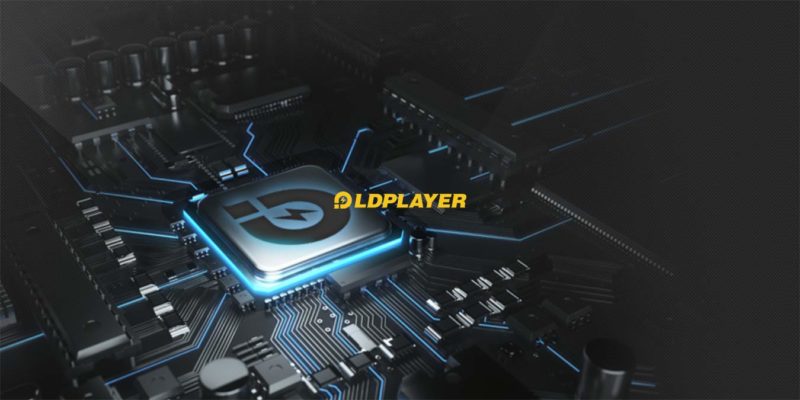 This is a sponsored article and was made possible by XUANZHI. The actual contents and opinions are the sole views of the author who maintains editorial independence, even when a post is sponsored.

There is a lot of great software available for Android. A lot of this software is available for Windows or macOS, or at least as a web app, but not all of it. This is especially true when it comes to games. There are plenty of games that are mobile-only.

What if you want to run your favorite Android games on a bigger screen? Yes, there are tablets, but they aren’t always powerful enough. If you want to take advantage of your powerful PC, that’s where an app like LDPlayer can make your life much easier.

LDPlayer is an Android emulator for Windows. The software runs a virtual version of Android on your computer, letting you run Android apps while taking advantage of a machine that is likely much faster than your phone or tablet.

In the case of LDPlayer, it’s running Android 5.1 Lollipop. This isn’t the newest version of the software. That said, most popular software supports Lollipop, so you don’t have to worry about this limiting the software you can run. Occasionally you’ll find software that requires a later version but not often.

LDPlayer isn’t open source, but it is available free of charge. There are no ads to worry about either. It’s nice to not have to worry about advertising slowing down your experience. The only ads you’ll see are on the loading screen when you first launch the app.

Who Is LDPlayer For?

While LDPlayer works as a general-purpose Android emulator, it seems to focus heavily on gamers. If you’re looking for an emulator to help you squeeze out a few more frames per second in PlayerUnknown’s Battlegrounds, this may be the perfect emulator for you. The software will take advantage of your CPU and GPU and seems to work particularly well with Nvidia graphics cards.

Of course, LDPlayer isn’t just for gamers. If you’re running any sort of application where performance is important, you’ll benefit from the speed. This may not be that important if you’re looking to run the Android version of your favorite notetaking app, but it won’t hurt either.

LDPlayer also aims for optimum compatibility. While its developers can’t claim it will run everything perfectly – some apps aim explicitly for their apps not to run on emulators after all – it will run most apps and games you throw at it.

One surprising feature included in LDPlayer is multiplayer support. The emulator can run multiple instances of games, allocating resources between them. This lets you and a friend play games together without needing multiple mobile devices.

Another gaming-focused feature built into LDPlayer is joystick and controller support. While you can control any app that the emulator runs with your mouse and keyboard, this isn’t always ideal. Plug in a control, and you’ll get a much better gaming experience than you’d get with a touchscreen.

LDPlayer also supports extensive customization. This control over every setting of the emulator can help you squeeze the most performance out of your computer. In some cases this can be the difference between a game running at 30 frames per second or 60 frames per second.

Finally, LDPlayer offers extensive support on its website. Whether you’re unsure how to enable Intel Virtualization Technology or you’re having issues with network errors, there’s an article on the LDPlayer website to help you out.

Getting started with LDPlayer is simple. The first thing you need to do is head to the website and download the installer. This is a fairly small file size, but once you launch it, it will download the rest of the installation, so be aware that this step may take a while.

Once the app is finished installing, it should launch automatically. If it doesn’t, find it in your Start menu or hit the Win key and start typing the name to launch it. From here it will update itself. In our testing, this only happened after the initial install. Loading after this was always relatively quick.

When the emulator launches, you’ll be greeted by the home screen. If you’ve ever used another Android emulator, this will likely seem familiar. You have a few ways to install apps and games. The simplest is to use the LD Store app, which is similar to the Google Play Store.

If the app you’re searching for can’t be found in the store, you’ll have to look online or in a marketplace like FDroid. Once you have the APK file, installing is easy. LDPlayer supports drag-and-drop installation of APKs, so simply drag the file into the main window, and LDPlayer will take care of the rest.

Not only does LDPlayer offer comparable performance to many of the most popular emulators, it might be the fastest, especially with certain software. The ability to take advantage of powerful Intel processors and Nvidia graphics cards makes it a great option if your hardware matches. Not all hardware will work as well, but if your PC is a good match, you’ll see some serious performance.

LDPlayer is free, so it doesn’t cost you anything but your time to give it a try. Unlike some other popular free emulators, LDPlayer isn’t loaded with ads. It also doesn’t appear to contain spyware, which isn’t the case with some other emulators. If Android gaming on a computer is important to you, this absolutely seems like one of your best options.