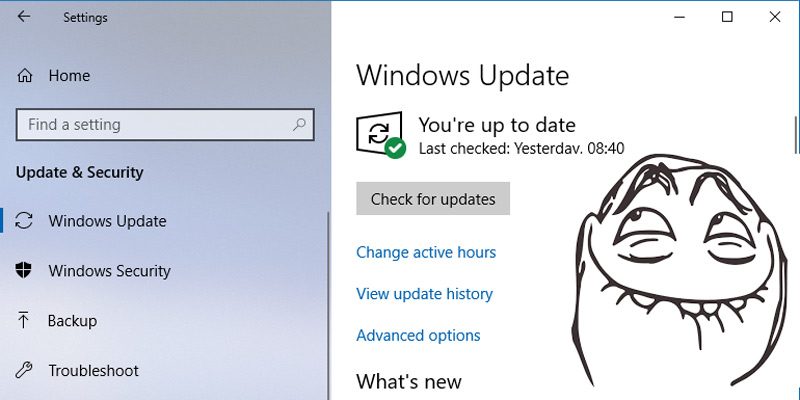 You’d think that someone at Microsoft HQ would’ve made it an explicit resolution to get 2020 off to a get start when it comes to Windows 10 updates. Clearly someone didn’t get the memo, as the year has started off with a major update bug, as well as lingering issues from previous updates.

Thankfully, there are workarounds or outright fixes to many of these, so we’ve decided to keep a monthly feed of the biggest problems blighting the Windows 10 update process, and how to fix them.

On the bright side, Bleeping Computer reported on 9 January that drivers pending approval will no longer be released concurrently with Windows 10 updates. As misbehaving drivers are thought to be the cause behind many faulty Windows 10 updates, this will hopefully decreased the number of update problems in 2020. Here’s hoping…

The good folks at Windows Latest have gathered together numerous user reports complaining that the November 2019 update has caused myriad problems with the all-important File Explorer. Reports range from broken search boxes, to the File Explorer crashing and other malfunctioning core features.

While those in the Windows Insider program have already received fixes for these issues, regular Windows 10 users may have to wait until the February update as Windows Insider employee Brandon LeBlanc tweeted that these are not “pressing problems”.

So it looks like it’s a waiting game with this one. Alternatively, you can scroll down for our advice on how to roll back a Windows 10 update, undoing the problem until Microsoft fixes it.

Luckily, the solution to this one isn’t complicated. Just update your antivirus software to the latest version, then update Windows 10.

Just about a month ago, Microsoft released the cumulative KB4524147 update for Windows 10. What was meant to be a minor assortment of improvements and security updates ended up borking crucial system features like the Start menu, Search, Cortana and Edge.

Since then, Microsoft released the KB4522355 update to fix these problems, but they haven’t been fixed for everyone. At the time of writing, many users are reporting issues with the above features and there’s no official fix in sight. 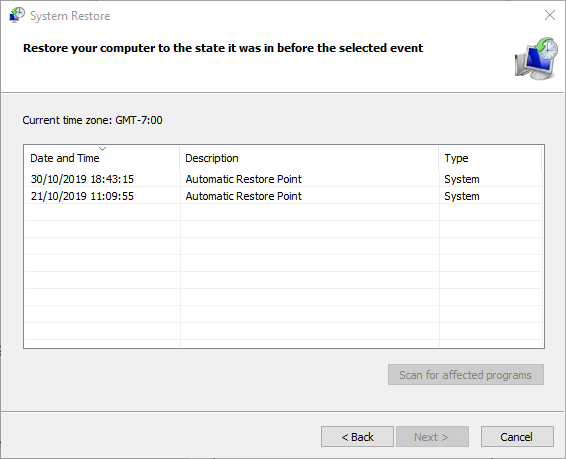 In the meantime, you can work around this issue by performing a system restore to some point before you installed the update. To do this go to “Control Panel -> System -> Advanced system settings -> System Protection tab -> System Restore”, then follow the instructions.

Struggling with high CPU usage? Check out our list of fixes for 100% CPU usage in Windows 10

Microsoft has been forcing users to upgrade to the v1903 Windows 10 update, even though it continues to cause problems.

The cumulative update released on July 26 has caused some serious problems for users with internal PC speakers. Users have reported Bluetooth speakers either not connecting to your PC or emitting poor sound quality. Alternatively, even if you connect a Bluetooth speaker, the sound continues coming through the internal speakers instead.

There’s no proper fix for this yet, but there is a workaround.

Open a command prompt, then enter the following command:

How to Fix and Avoid Broken Windows 10 Updates

Before looking into rolling back and fixing broken Windows 10 updates, you need to check which build of Windows you’re currently on, which will confirm which issues are affecting you. To do this, just go to “Settings -> Update & Security -> View update history.”

In the new window click the arrow next to “Feature Updates” to see the version of Windows that you’re currently using, and click “Quality Updates” to see all the smaller “KB” updates you have installed. 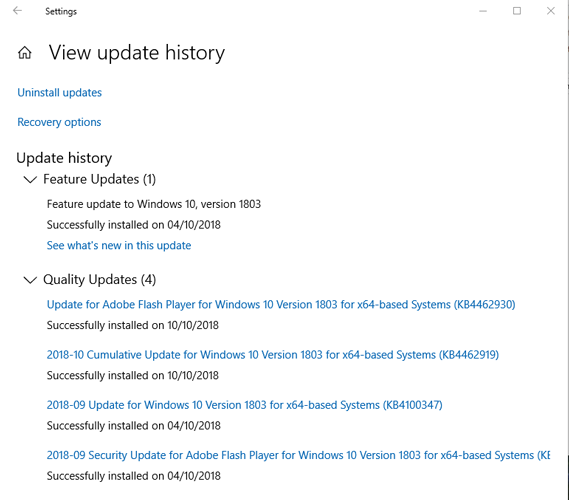 The first thing you can do to avoid getting the above update problems and more is to take over the control when your Windows 10 updates. This way you can hold off getting updates the moment Microsoft rolls them out, monitor the news for a bit to see if any major errors crop up, then manually do the update yourself.

Recently, Windows Insiders revealed that an update is coming to Windows 10 (around April 2019) which will allow all Windows users (including Home users) to pause updates by up to seven days. In the meantime, if you’re on Windows 10 Pro, enterprise, Education or S, you can postpone updates by going to Settings -> Update & Security -> Windows Update. Here, select the option ‘Choose when updates are installed’ and pick the number of days you’d like to delay it by.

There’s another way to take control of Windows 10 updates – depending on whether you have the Home or Pro version of the OS – and we have a guide that takes you through disabling and scheduling Windows 10 updates.

How to Roll Back Windows 10 Updates

After every major update Windows 10 gives you a ten-day window to roll back to a previous version of Windows. It’s a useful feature and should give you enough time to judge whether you have a problematic update. Of course, this won’t recover your files if Windows 10 deletes them, but at least you’ll be on a more stable version of the OS. 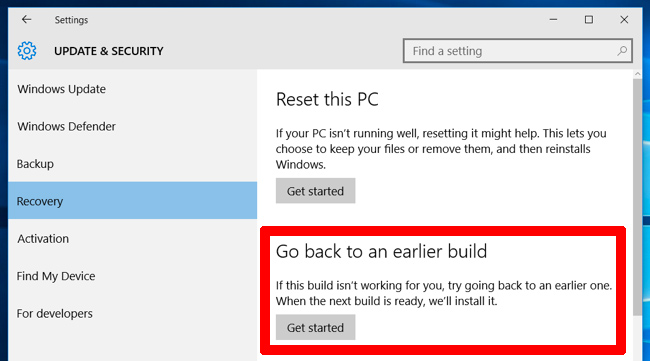 To do this, go to Windows 10 Settings, then click “Update & security -> Recovery.” Below “Reset this PC” you should see the option to “go back to the previous version of Windows 10.” Click “Get started,” then follow the steps to roll back Windows 10. Again, this option is only available for ten days after a Windows 10 build update.

Few things on PC are more frustrating than an update – ostensibly to improve performance – borking your system, but unfortunately Microsoft has form in this respect. It’s worth saying that the majority of users go through these updates without issue, but the majority isn’t enough when the consequences for the few can be so severe. Stay tuned here for the latest Windows 10 update issues and leave a comment if you have new update problems to report – help may be at hand.

How to Increase Laptop Volume in Windows 10
How to Fix Windows 10’s “Unexpected Store Exception Error”
Zinstall Migration Kit Pro: an Advanced, Automated PC Transfer Solution
The Smart Way to Integrate iCloud with Windows 10
Use MEmu Android Emulator to Play Android Games on PC
How to Record Sound Files in Windows 10
How to Use AutoHotkey to Automate Anything in Windows
How to Disable and Enable UEFI Secure Boot in Windows 10