For those who are tempted to use Google Chrome, but are concerned about your privacy being recorded by Google, you can stop worrying now. Iron browser is an exact clone of Google Chrome, without the privacy annoyance features.

Iron browser is developed by a German software company SRWare. It is based on the open source Chromium source code and has the same feature as Chrome. What makes it different is that all the privacy features, such as Client ID, Google update, Google suggest are stripped off and it is able to provide a more secure environment for its users.

Here is a comparison of both Iron and Chrome’s privacy settings:

Iron browser has the exact same features as Chrome. You can pull out tabs to new windows, open browser in Incognito mode, search from the URL bar and almost everything else that exists in Chrome.

Together with the desktop version, SRWare also released a portable version of the Iron browser that you can install on your USB drive and bring it wherever you go. Simply download the portable version and run the exe file in your thumb drive. No admin rights needed.

One of the useful features found in Iron, but not Google Chrome, is the ability to block ads, much like the Adblock Plus extension in Firefox. Download the adblock.ini file and replace the file with the same name in the IronBrowser main directory. Restart the browser. It should automatically block hundreds of advertisers, including the popular Google’s Adsense and Yahoo’s YPN, from appearing now. 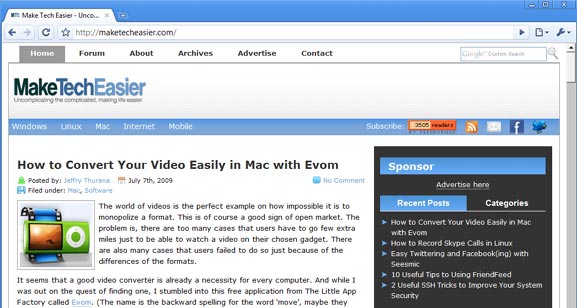 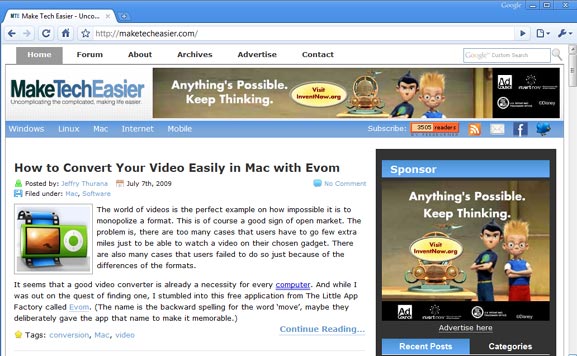 If you love Google Chrome for its slickness and features, but are very much concerned about Google collecting your data, Iron browser would definitely be a good alternative. The stable installer and the portable version are currently available for Windows only. The version for Linux and Mac is still at alpha testing stage and are not suitable for production use. Linux enthusiasts who wanted to test it can download the file here.