This article is part of the iOS Beginner Guide series:

This is the Part 3 of our “iOS Beginner Guide” series.

In iOS, every function is accomplished with the use of an app. There are native apps that are included with iOS, such as Safari and Mail, there are a few apps that Apple makes available to you to add more function, and there are also third-party apps that are available.

iOS didn’t always have third-party apps, yet once Apple added that ability, extending the functions of iOS with apps became big business for them. “There’s an app for that.” Apple came up with this ad slogan to explain the situation they found themselves in. There is literally an app for everything. However, it will take some organization to keep them all organized, as if you can’t even find the app on your home screen, it won’t do you any good. 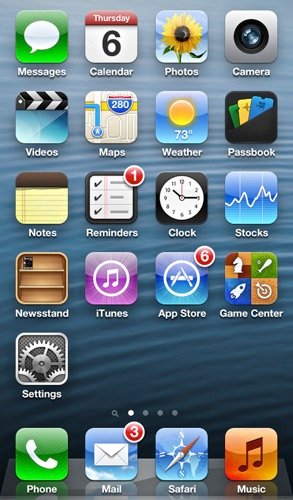 These are the apps that the iPhone 5 comes preloaded with. The iPad has the same apps, save for Passbook and Weather. These can be moved around to make their location work better for you, but they cannot be deleted. To move the apps around, tap and hold on one of them until they start to jiggle. They can now be dragged around. They can be moved within rows and even in the bottom row. This is usually reserved for the most-used apps. If you don’t use the Music app much, move it out of there and put in one that you do use, such as Messages. If you want the Passbook app in the upper left, just drag it up there and the other apps will readjust. You can also create separate pages. Drag the app off the screen to the right, and it will place it on a second page.

There are other apps that Apple provides, some for free and some not, and they can all be downloaded from the App Store app. These will provide you with extra functionality. This includes the iWork Suite with Keynote, Pages, and Numbers, for working with presentations, word proessing, and spreadsheets. The iLife Suite includes iPhoto, iMovie, and GarageBand, for editing photos, movies, and music. iBooks allows you to read eBooks on your device, iTunes U provides collegiate education, Cards helps you create your own custom greeting cards, and Find My iPhone, Podcasts, and iTunes Movie Trailers are self-explanatory. 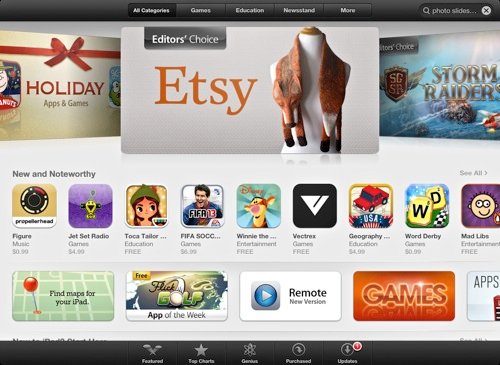 After you’ve explored the native apps and additional Apple apps that are available, you’ll probably be looking for more functionality from your device, whether you’re working or playing. There are literally hundreds of thousands of apps available, from games to utilities to productivity apps. I’m a writer, so I have a lot of productivity apps, but I write about technology as well as entertainment, so I have a lot of entertainment apps as well for music, television, movies, etc. And let’s not forget games. Everyone likes a little downtime playing solitaire, if not Words with Friends, Angry Birds, Mortal Combat, or Grand Theft Auto. You can download whichever apps appeal to you and can literally become lost in the App Store. 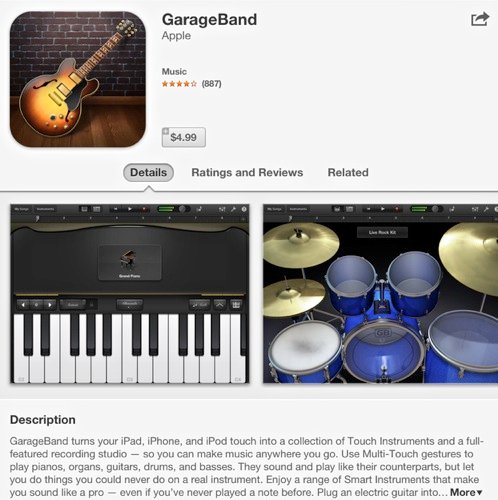 Installing apps from the App Store is an easy process. After locating the app you want, whether it be an additional Apple app or a third party app, there will be a price listed, or it may also state that it’s free. Click on the price or “free,” and it will confirm that you want to buy it. Click the confirmation, and it will show your Apple ID and ask for your password. Most likely you added or created an Apple ID when you first turned on your device. If not, you can go to Apple and create one. After you put in your password, the app will begin downloading. When it’s done it will appear on your home screen. 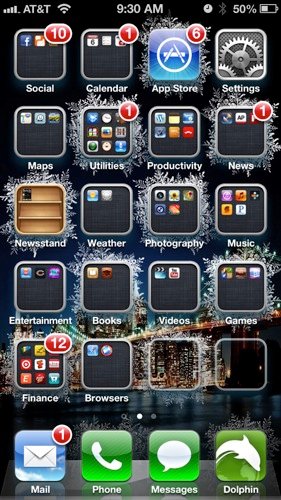 After you have begun to download more apps, you’ll notice your home screen is getting a little busy. Looking at the photo above, you’ll notice that my iPhone screen doesn’t look like yours. This is because I have many, many apps. I have 48 third-party apps on my iPhone and 162 on my iPad. I would never be able to keep those straight if I just left them as is. Not only can you move apps from screen to screen and change the ones in the special bar at the bottom, you can also group them into folders. To do this, drag one app onto another, and it begins a new folder. You can change the name of the folder at this point. Clicking outside of the folder takes you back to the home screen where you can see your new folder. You can create as many as want and create categories such as Music, Entertainment, Productivity, etc.

Adding apps to your iPhone, iPad, or iPod Touch allows you to make iOS work for you. After all, you invested a lot of money into buying your device. It should work for you and do what you want it to. You can usually find apps that will let you do everything you need and want. In the next article, we will go through Safari in detail. Stay tuned.