VMware player is a free virtualization software which can be used to run multiple operating systems without disturbing or modifying the host operating system (the operating system you physically installed in your machine). Recently, we have shown you how to install Ubuntu in VMware and to enjoy its full potential, you need to install VMware tools.

Actually, VMware tools are installed by VMware player automatically, but sometimes VMware may fail to install those essential tools due to reasons like crashing, network connectivity, etc. If your Ubuntu guest doesn’t come with VMware Tools installed, here is how you can get it done.

Why You Should Install VMware Tools

How To Install VMware Tools

Note: The commands shown here are case sensitive, pay attention while reproducing them.

1. To start with, we have to mount VMware tools to a CDROM. To do that, navigate to “Player -> Manage” and select “Install VMware Tools” to automatically mount the VMware tools image to your virtual CDROM. 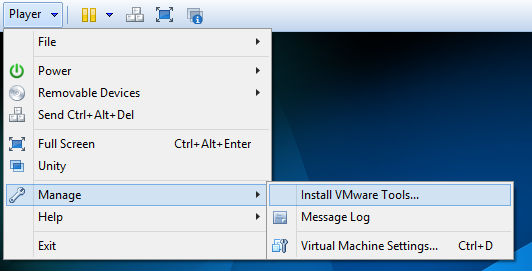 2. After mounting VMware tools to the virtual CDROM, a window will open showing you the contents of the VMware tools image (ISO). It will look  something like the below image. 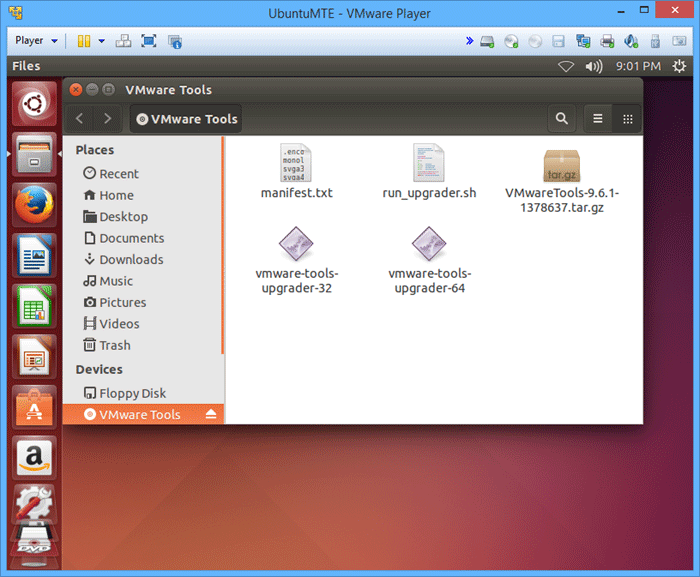 3. Now open the Ubuntu terminal by pressing “Ctrl + Alt + T” or by going to the dash and typing “terminal”. Once the terminal is opened, enter the following command and press the enter button. What this command does is extract the package to a temp directory. 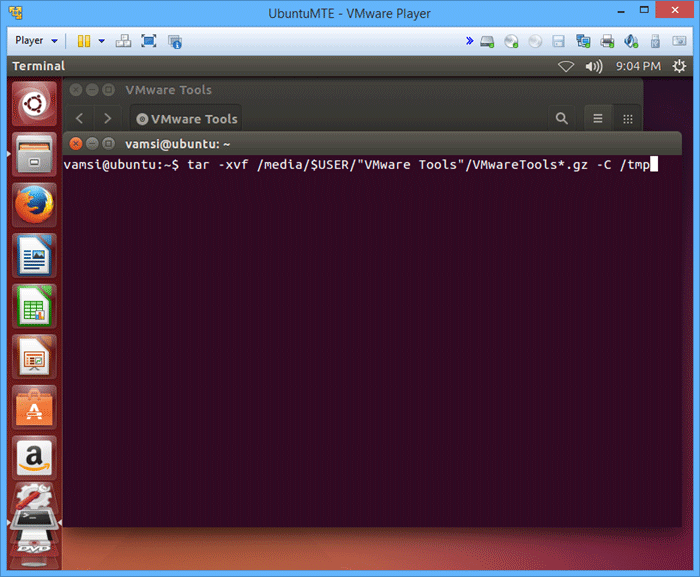 4. Once everything is extracted, use the following command to start installing VMware tools in Ubuntu. 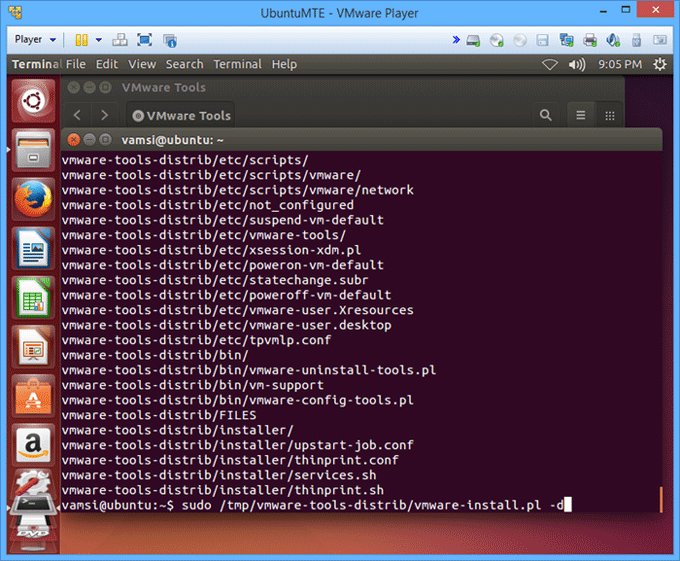 That said, only change the default settings if you know what you are doing because changing defaults may interfere with the working of VMware tools.

When the installation is completed, VMware tools will greet you and unmount the mounted CDROM. 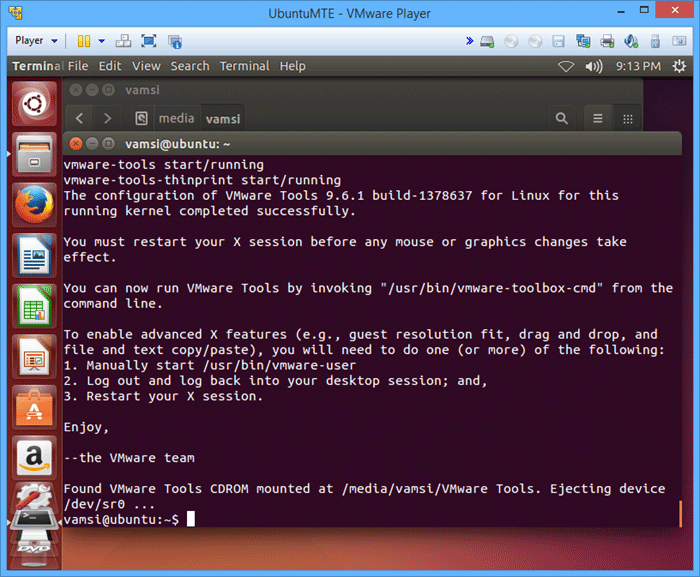 Just restart your Ubuntu virtual machine and you can enjoy the full potential of the VMware. That’s all there is to do.

Leave a comment below if you face any problems while installing VMware tools in Ubuntu virtual machine.