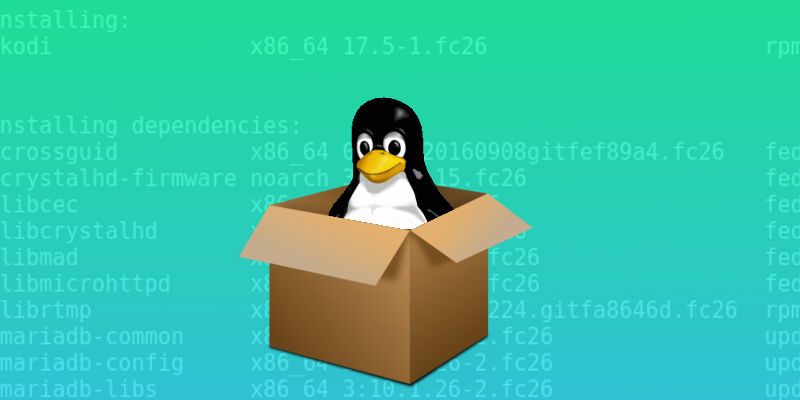 When it comes to Linux, there are tons of Linux distributions to choose from. Some are popular and used by many people, some just disappear not long after they are released to the public. For installing software in these distributions, most come with a software center where you can install (or remove) software easily, but internally they are using a different architecture from each other, and installing software via the command line is different for different distros.

The distributions listed below are the most popular. Even more distributions are derived from these, so learning this list of install commands will allow you to install software on nearly any Linux distribution that you’ll encounter. 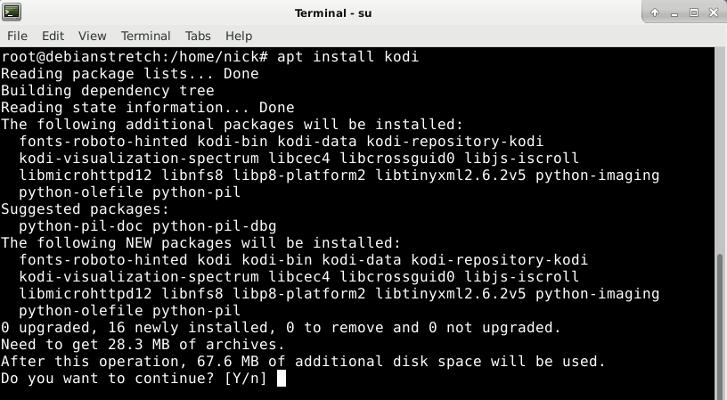 Debian is the ancestor of a huge chunk of Linux distributions, including Ubuntu, and just about all of them use the Apt package manager. Installing packages with Apt only requires that you tell it to install and specify the name of the package. 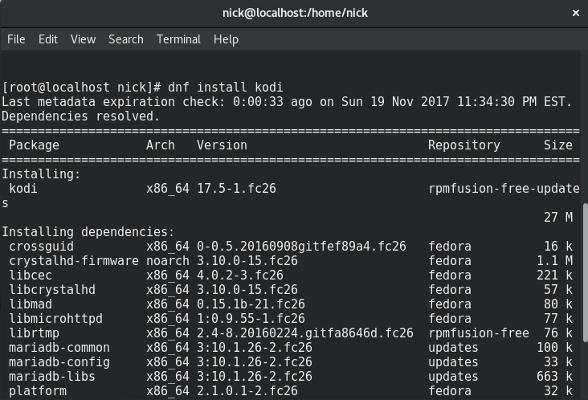 Fedora is the first of the Red Hat family of distributions to adopt the new DNF package manager. It will probably be picked up by RHEL and CentOS in the 8.0 release. DNF behaves a lot like the old YUM package manager and is very easy to use. Tell it to install and which package to grab.

CentOS and RHEL use the old YUM package manager. It works the same, though. Tell it what to install.

OpenSUSE uses the RPM package format like the Red Hat distributions do, but it uses its own package manager – Zypper. Zypper allows you to tell it to install, or you can shorten it to in.

Arch Linux has its own package manager, called Pacman. Pacman isn’t really like the others. It was written just for Arch with a focus on simplicity. Pacman uses flags instead of words to specify an action. To install, use the -S flag.

Gentoo is yet another step away from the norm. It uses the Portage package manager. Portage is something entirely different because Gentoo is a source-based distribution. It doesn’t have compiled packages. It pulls the source code of a program and compiles it on demand, so Portage is essentially a gigantic unified install script. To install a package with Portage, use the emerge command.

Void Linux is sort of an odd newcomer to the Linux world, but it’s showing some real promise to be a top distribution in the future. Void is not a descendant of any existing distribution. Instead, the creators of Void built their distribution from the ground up, picking the software that they wanted to include.

As a result, Void has its own package manager, XBPS, that behaves a lot like Arch’s Pacman, is still very much a different system. Like Pacman, XBPS uses flags, but in this case it includes the “install” keyword in the command as well.

Solus is another fairly new distribution. It actually aims to be one of the few stable rolling release distributions in the Linux ecosystem. Oddly, Solus is not geared for servers at all.

Instead, the Solus developers have devoted all of their efforts to making Solus the best desktop distribution possible. Solus also has its own package manager, Eopkg.  Eopkg feels and behaves a lot like Debian’s Apt. Tell it to install and what needs to be installed.

Any one of these package management systems is great. They all have their nuances that only using them for a stretch of time will prepare you for. There is also a lot more depth to these. Most, if not all, of them are capable of managing all of the software on your system.

That means that they can remove and reconfigure packages as well as update everything all at once. On some distributions, like Debian and Ubuntu, you can upgrade the entire system to the latest release through the package manager.

Once you’ve settled on a distribution, take the time to learn the package manager thoroughly. It will save you a lot of headaches in the future, and it can become one of your greatest assets in configuring your system exactly how you like it.