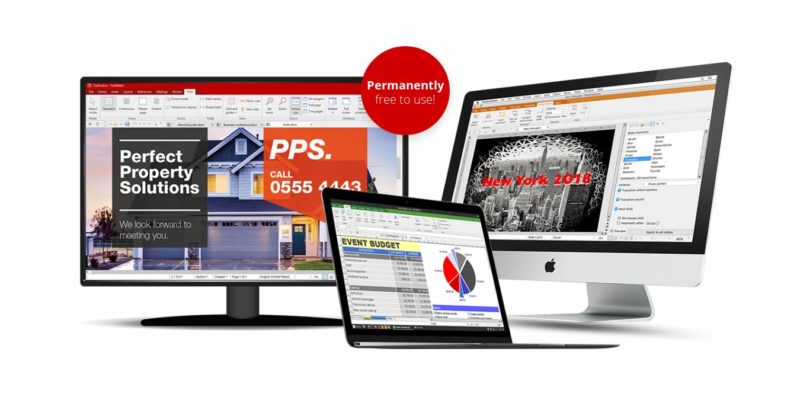 FreeOffice is the freeware version of SoftMaker Office, considered one of the best alternatives to Microsoft Office on Linux. With its three different office applications, FreeOffice provides a robust substitute for Word, Excel and PowerPoint that will run on most Linux machines.

Below, we’ll cover how to install FreeOffice in Linux as well as an overview of its features and drawbacks.

To start, head to the official FreeOffice website and navigate to the downloads page. There you’ll be able to select the version that works best for your system. The Linux version of the FreeOffice software package is available in three different file formats: DEB, RPM and TGZ.

If your machine is running Debian, Ubuntu, Linux Mint or any other Debian-based distro, you’ll need to download the DEB package. Once downloaded, you can double-click it to open the installer. Alternatively, if your distro doesn’t support the graphical installer, you can either install gdebi or simply run the command in the terminal:

If you’re running Fedora, openSUSE or any other distribution that uses RPM packages, you’ll need to download the RPM version of the package. Install it with the command:

If you’re not running a distro that can install RPM or DEB files, you’ll need to use the tarball package. Download the TGZ package, then extract it as shown below.

Navigate to the extracted folder and run the installation script.

FreeOffice comes with versions of the three classic office applications:

Upon startup, you’ll need to choose between two interface sets: ribbons for those familiar with Microsoft Office and a classic option for those who prefer old-school word processors. You’ll then be able to launch any of the three apps. 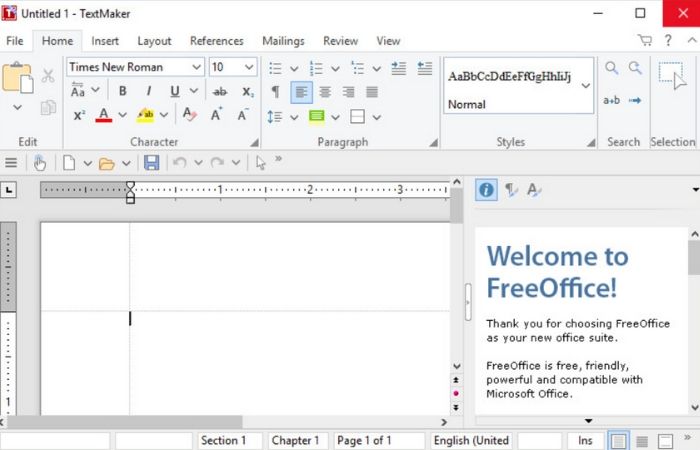 The first of these, TextMaker, is a fairly robust piece of word processing software. It isn’t as full-fledged as Microsoft Office, and power users may be disappointed by its more limited feature set. TextMaker does, however, fill just about 100 percent of the needs of a casual user. 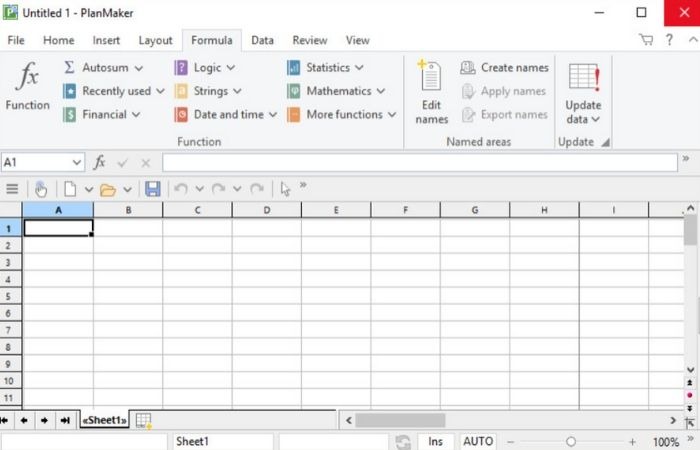 PlanMaker is a spreadsheet app with similar functionality to Microsoft Excel and other open spreadsheet software. If you’ve worked with programs like Excel or OpenOffice Calc, you will feel right at home.

The same is true of Presentations, the slideshow app. It’s not nearly as fancy as PowerPoint – and may feel a little bit outdated, even by open-source slideshow standards – but it gets the job done.

In general, FreeOffice will seem a little pared down compared to both Microsoft Office and the other big-name open-source word processors, OpenOffice and LibreOffice. And there are a few limitations to the software you’ll need to keep in mind: while you can open .docx and .pptx files, you won’t be able to save them, for example.

But with such a small memory footprint and quick load times, FreeOffice is a great option for casual word processing and spreadsheet design.

Depending on when you download, your download might help out others, too. A handful of times in the past — most recently, over the Christmas season in 2018 — SoftMaker has run a charity campaign in which the company donated €0.10 per download to charitable projects around the world.

FreeOffice is a simple alternative to Microsoft Office and other open-source office software. FreeOffice will work with most versions of Linux, and its software package comes available in formats that make it easy to install on Debian, Ubuntu, Fedora and other Linux distributions.