Seemingly everyone watches YouTube, but few people know how YouTube partners make money behind the scenes. There’s a good reason for this – YouTube partners are contractually forbidden from revealing how much money they generate from their videos. But the times are changing. Google recently unveiled pay-per-view YouTube channels, introducing a far more transparent means of raising money through the popular video streaming service.

While many YouTube watchers have been annoyed by the steady increase of ads on the website, they are a necessary evil. Traditionally, these advertisements provide the money YouTube makes. While Google makes money when advertisers pay to put banner ads across the site, YouTube partners make money only from the ads that appear within videos.

The vast majority of people who produce content for YouTube never see a dime. The simple truth is that it takes millions of views to make even thinking about becoming a partner worthwhile. Official numbers haven’t been produced, but YouTube partners are known to make a fraction of a penny per view.

Let’s say you obtain 200,000 views on a video. It’s a respectable number, but a penny-per-page view would amount to $2,000. At a mere fraction of a penny, partners would be grateful to bring in an eighth of that amount. Again, the official rates are not published, but there is anecdotal evidence out there.

Video advertisement can be bought by ad agencies at a certain rate per thousand views. Some of this makes it to the YouTube partner, but we do not know how much. Some ad buyers pick specific videos they want their ads to appear in. They also pay varying amounts for different types of content, and they may choose to pull their ads out of videos containing content considered too inappropriate or risky.

YouTube provides an ad performance report to each partner that displays data based on CPMs (cost per 1,000 views), gross revenue, impressions, and playbacks for each ad format that runs on their content. This allows partners to monitor how well they’re performing and how much they can expect to make. 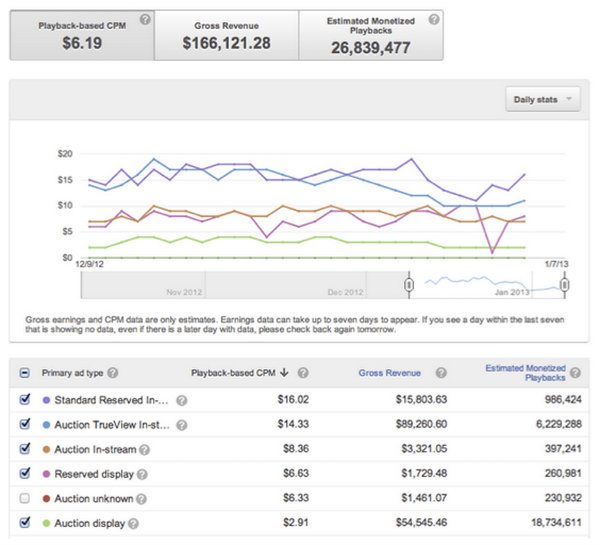 YouTube producers can supplement the income they bring in from Google with money made from outside sources. Some companies will pay YouTube partners to sponsor their product. For example, a producer known for her makeup reviews may get offered a certain amount of money to review specific makeup products on her channel. Some YouTube sensations are paid to come on TV shows or offered large sums of money to appear in commercials.

YouTube’s new model allows channels to produce pay-per-view content. To watch the videos, visitors must first subscribe to the channel. YouTube partners can set their fees as low as 99 cents per month. Each comes with a 14-day free trial and can offer discounted yearly rates. Some may still come with ads, but if a paid channel charging $1.99 a month has 125,000 subscribers, we can start making better guesses regarding how much that particular partner might be making.

When looking at the way YouTube partners make money, it’s much like making money from blogging; it’s a very murky process. It varies based on each person’s success, their marketing skills, their outreach, and their ability to negotiate. Even then, much of it is luck. The popular “David After Dentist” video brought its creator over $100,000 after acquiring over 100 million views, but there’s no predicting when or if similar home videos will go viral. 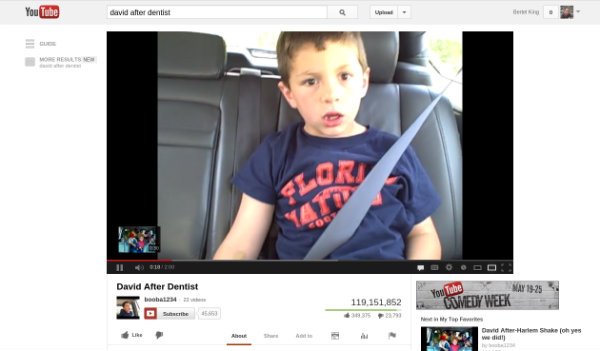 Making a living off of producing content for the internet is still a relatively new and rapidly changing frontier. YouTube’s new model could join Netflix, Hulu, and similar video streaming services in shaking up the traditional way commercial media is created and delivered to consumers. But this will only happen if YouTube partners continue to flock to the service and visitors show an interest in subscribing to content. How much money partners make on YouTube depends mostly on whether viewers will continue to see watching YouTube and streaming media online as preferable to watching cable or satellite. Only time will tell.