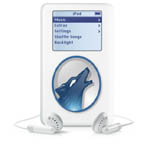 Since there is no Linux version of iTunes, Linux users have to fall back on gtkpod, Amarok, Rhythmbox or Banshee to sync their iPOD. However, in the later version of iPOD, which include iPOD Classic and iPOD nano 3rd gen, there is a change in the firmware that resulted in conflict between iPOD and the syncing software. While it is possible to transfer songs from Amarok (and other software) to the iPOD, the iPOD just don’t register any songs in it.

If you are having this problem, here is a fix for it.

Once you have finished downloading the files, click on them in the order above to start the deb installer. If you have previously installed the older version of libgpod, it will prompt you to overwrite. Click “Continue”

Next, if you don’t have Amarok in your system (especially in Ubuntu), install it.

You should see something as shown in the screenshot.

The 16 characters long hash is your iPOD FirewireGuid. Record it down.

Open up your Nautilus (or any file manager), and navigate to /media/ipod/iPod_Control/Device/ (replace the /media/ipod/ with your iPOD path), look for a file called SysInfo. Open it with a text editor (or kate, kwrite, nano etc) and add the following to the file

Replace the 16 characters after the “0x” with the one you have recorded just now.

Save it and exit.

If the SysInfo file is not found in the iPOD folder, open your text editor, paste the line onto it, name it as SysInfo (without any file extension) and save it in the /iPod_Control/Device folder.

Go to Setting -> Configure Amarok. On the left, click on Media Devices. 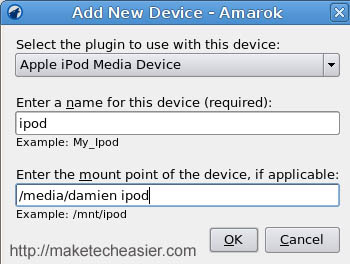 On the Amarok main screen, click on Devices on the left sidebar and you should see your iPOD mounted. You can now transfer songs to your iPOD. 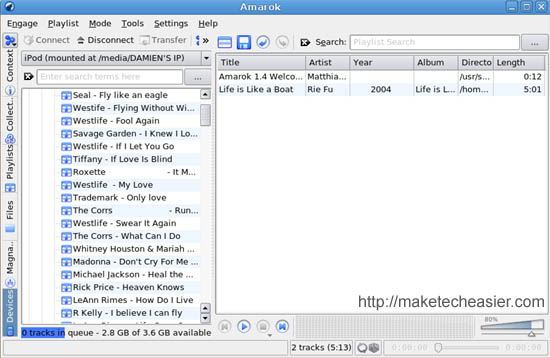