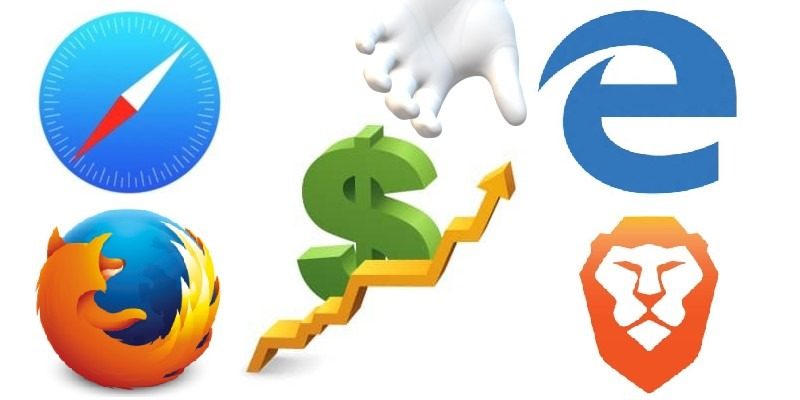 In a recent survey where we were to be limited to just one mobile app, the Internet browsers won first preference over others. These humble software applications are usually taken for granted despite their immense contribution in making the Internet come alive.

Considering that they provide a free service, how do these browsers even make money? Typically, we assume “ad money,” but that is just one part of the overall revenue mix. Here we examine a few popular browsers and their unique approaches to revenue.

Related: 4 of the Best Web Browsers for Linux

It will not surprise anyone that Mozilla Foundation does not operate as a non-profit anymore. According to its latest financial statement, the company earned $562 million in 2017. Out of this, 96 percent. or $539 million, came through search engine royalties.

Once again, Mozilla signed up with Google as its default search engine in Firefox Quantum. Although they will not disclose the exact revenue share, it is safe to assume that this deal is very important to them. One might think Google practically owns Mozilla Firefox amid a possibility that it may not renew the deal in November 2020. But with Firefox users searching the web more than 100 billion times a year, it is unlikely that Google will pull the rug out from under them.

However, that doesn’t stop Google from harassing Firefox users, seeing that both browsers are still competing in the same market. In one of the examples, as this tweet shows, a user noted that Google Flights was blocked on the Firefox Android app. 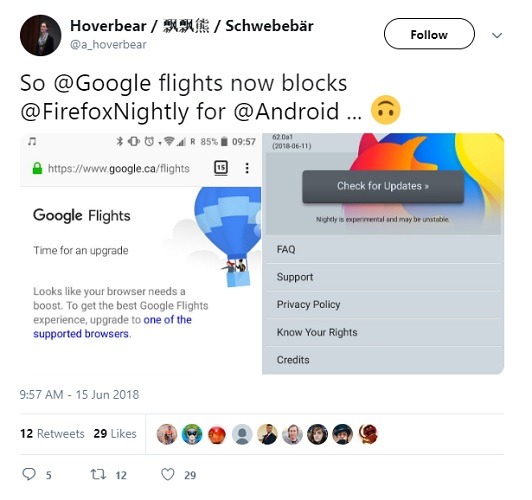 In all fairness, Mozilla has tie-ups with Yandex in Russia and Baidu in China, which are more important than Google in these countries. It is also trying to diversify with Firefox Pockets and user-centric advertising and even selling ad impressions. 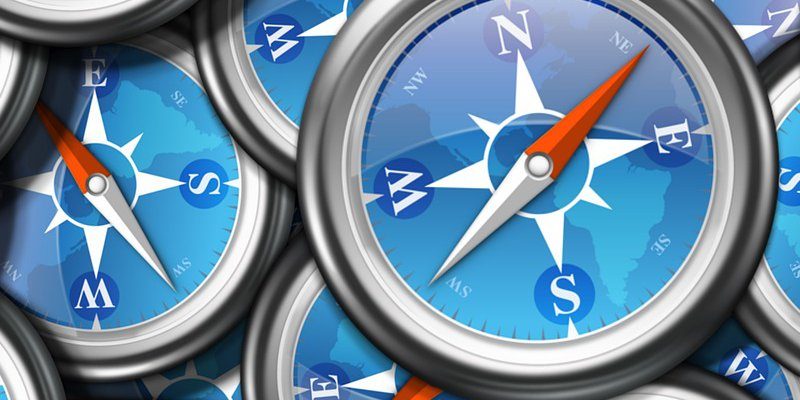 Similar to the Firefox revenue model, Safari earns royalties from search engines, especially Google. Except, in Safari’s case, they have a greater leverage than Firefox considering that Google recently paid them $12 billion to keep using it as a default search engine. Thanks to the hundreds of millions of iPhone and Mac users, Apple can continue to make a good deal with Google year after year, which makes Safari the richest browser after Chrome. 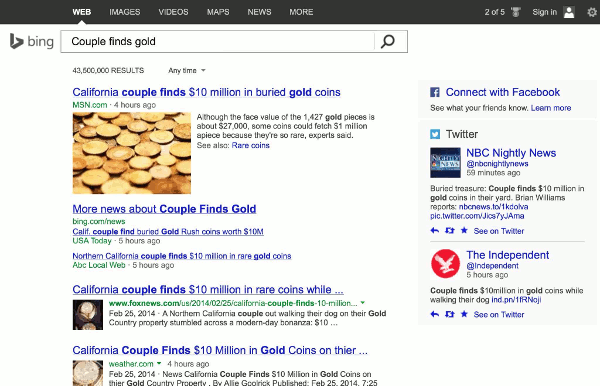 Similar to Google Adwords, Microsoft Edge’s primary revenue comes from the Bing search engine. However, at a 4 percent market share, which is not likely to increase anytime soon, it is having a harder time catching up with Chrome. Moreover, Bing ad revenue fell 7 percent in the fourth quarter of 2018, which means the era of stagnation is far from over. Even as Microsoft finds it impossible to beat Google at its own game, its only hope is to continue to reward users with gifts and coupons for using Bing and Edge.

One of the more modest browsers in terms of reach, Opera seems to have perfected the knowledge of how to leverage a browser profitably. With 182 million active users globally, Opera is witnessing year-on-year revenue growths of 28 to 34 percent. While it does share Firefox’s revenue model of partnering with search engines (Yandex in Russia, Baidu in China, Google everywhere else), there are other techniques that deserve a mention. 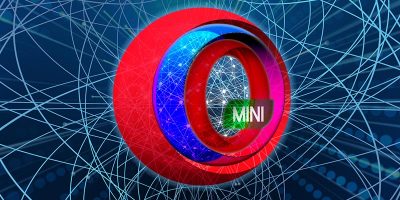 For one, Opera has licensing deals with many websites such as Booking.com and Ebay. It also has device-level agreements with smartphone companies such as Oppo and Xiaomi, in which Opera is the main browser in the dock. It is also venturing into artificial intelligence-driven content discovery technologies.

Related: 4 Tweaks to Speed Up Any Web Browser in Windows 10

The Brave browser prides itself as private, secure and fast. With ad blockers and zero log policies, it is a wonderful browser to use. However, they have to earn money, too. For this, they use cryptocurrency, which they call Basic Attention Tokens (BAT). Just like Microsoft Rewards, a user gets paid BAT units for using the service. They also have tie-ups with HTC Exodus, the first blockchain phone. Brave works with verified publishers on YouTube and Twitch as a secondary revenue source.

We saw that each browser has its own income strategies with all of them very different from the next. We did not mention Google Chrome in this list because of its double advantage as Google’s vehicle for search ad revenue. This unique position makes it a formidable player that leaves everyone behind by a long shot. Because of the huge ad revenue component, Google has little need to adopt the interesting methods pursued by other browsers.

What do you think is the ideal way for browsers to earn money? Do let us know in the comments.