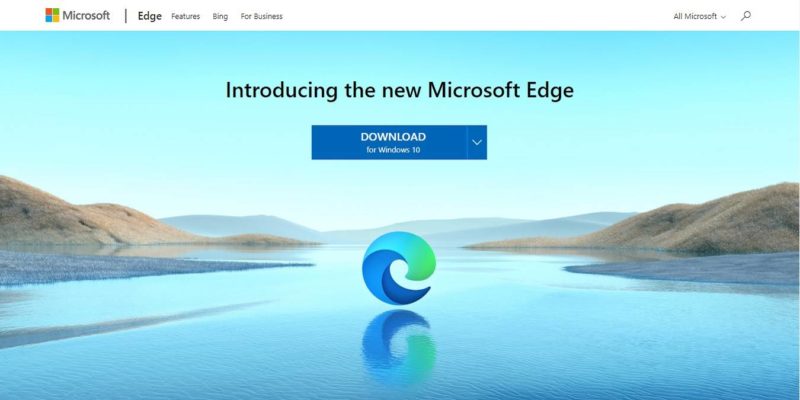 Microsoft’s much anticipated Edge Chromium browser is finally here. While there are many other browsers based on Chromium, the new Edge has been optimized for Windows 10. With an “if you can’t beat ’em, join ’em” motto, it looks like the new browser could pose a significant challenge to the decade-old reign of Google Chrome.

Whether or not it can catch up with Chrome is another matter. Compared to the previous Edge browser, the new Edge is a different beast. It does not feel clunky, unfamiliar or unstable. By capturing the essence of a Chromium build, Microsoft seems to have corrected its previous errors. In fact, not too many people are going to miss the older Edge.

In this hands-on review, we will look at why you must give this new browser serious consideration.

For too long, Microsoft browsers have lived under the shadow of their more successful Google counterpart. This explains why the whole design of the New Edge is to assist users migrating from Chrome without hassles. After you download and install the software, you will be immediately asked whether you want to import your entire Chrome profile.

The compatibility with Chrome is superb, and you even get a live preview of all the sites and bookmark settings.

The new Edge extensions are fully compatible with Chrome extensions, which is again a big plus. Just enable an option called “Allow extensions from other stores,” then visit the Chrome extensions webpage and add any extension to Edge as if you never left Chrome in the first place.

Of course, Microsoft has its own set of extensions for you to populate Edge with.

The browsing experience on the new Edge does not feel any different from Chrome. Unlike the older Edge, the menu icons have greater space. Every menu option is right where you’d find them in the Chrome browser, which makes the browsing experience very intuitive. Microsoft has finally listened to user feedback and gotten rid of some clunky items which were not very popular, such as Web Notes.

Multitaskers rejoice! If you felt the older Edge was a drain on your time and energy, the new Chromium version will erase those bad memories really quickly. Microsoft has indeed shown remarkable improvement in multi-tabbed performance speed.

Based on my experience, the new Edge even outdid Google Chrome on CPU performance. The exact same tabs were open on both browsers, and Edge’s CPU utilization was consistently less compared to Chrome. It did consume slightly more memory, but that is nothing compared to the older Edge.

Note: this result is for a Windows 10 laptop.

The new Edge has an option called “Browser Task Manager,” which allows you to keep a tab on the browser windows which are consuming more memory. I had 81 tabs open at one point, and it did not slow down my laptop.

A routine check at speed-battle.com gave the new Edge a score of 358.19 which is just slightly below Chrome’s 371.87. However, the actual speed doesn’t feel any slower for Edge anymore. The scrolling effort is minimal in all browser windows and tabs.

The 4K rendering of YouTube videos on the new Edge browser is a brilliant achievement. The videos stream is as fast as Chrome. You need not visit the YouTube website either as Bing maintains an intuitive collection of related searches of all YouTube videos, which only goes to indicate the level of competition between the two browsers. This is a nice feature which I really like using.

In an Acid test, which measures a browser’s animation-rendering capabilities at acidtests.org, the new Edge scored the same (97/100) as Google Chrome. Also, the HTML5 testing score (481) was identical for Version 79 of both browsers. For most practical purposes, Edge is no longer behind Chrome in terms of speed and stability: the gap has been erased for good.

From a privacy standpoint, there is a clearly available option to prevent Microsoft from using your browser history or syncing the account.

Further, from “Settings” you can block a majority of trackers using a Strict option.

Around a year ago, after a head-to-head performance comparison, we had written off Edge, believing it “has a long way to go before it can catch up with Chrome.” But that was its previous buggy version which will soon be forgotten. The new Microsoft Edge Chromium is the real deal and a pleasant surprise, which you must try to believe.

Personally, as a Chrome user for the last twelve years, I am seriously thinking of switching over to Chromium Edge. In fact, as soon as I started writing this article on Chrome, I couldn’t resist finishing the piece on this new browser. With Chromium Edge, scrolling long pages seems less of an effort, as this thing seems naturally designed for Windows laptops. Even with multi-tasking, the CPU load feels light as a feather in comparison to Chrome; and of course, the exact same user experience is a big plus.

How has your experience been thus far with Microsoft Chromium Edge? Please share your observations in the comments.