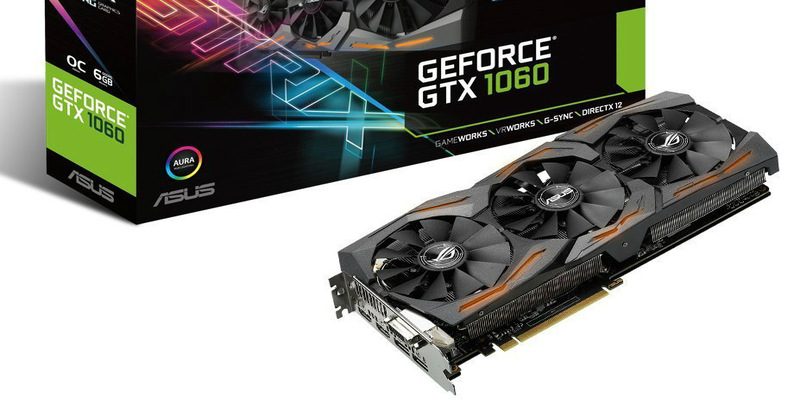 If you’re looking into building or buying a powerful gaming rig, you will need to pay close attention to the graphics card. The graphics card is the most important component in a gaming PC. But buying a GPU can be a challenging task because there is so much to consider, from the type of the monitor you’re using to the size of your chassis and more.

But it doesn’t need to be that tough. If you know your budget, PC requirements and performance goals, you’re already a step closer to finding the perfect graphics card for your needs. Our GPU buyer’s guide will explain the nitty-gritty surrounding graphics cards and shed light on the key features to look out for when making a buying decision.

Today, the GPU market is saturated with hundreds of graphics cards from different manufacturers, but only two companies make the GPUs that power these components: Nvidia and AMD. So which one should you buy, Nvidia or AMD? It will all boil down to your personal preferences. 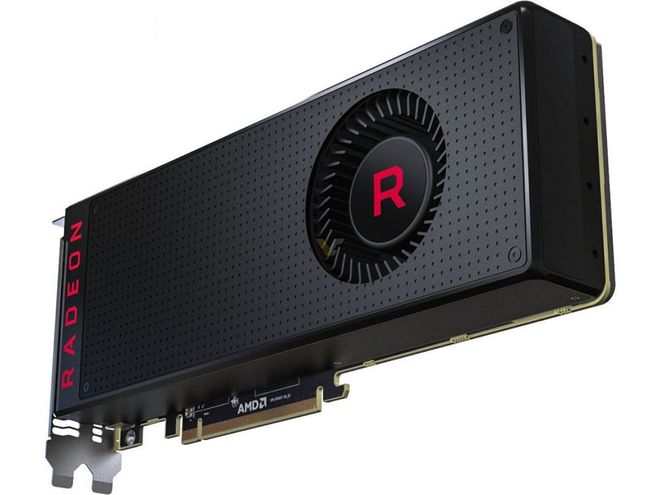 If you’re on a tight budget, go for AMD. Nothing beats AMD on price. The AMD Radeon RX Vega 64, for example, which is currently the most powerful graphics cards in the AMD family, is available for around $500. AMD offers competitively priced, yet powerful budget, mid-range, and upper GPUs. However, compared to Nvidia’s latest offerings, AMD cards are less power efficient.

If you’re into sheer performance, Nvidia should be your go-to choice. Nothing from AMD can outperform Nvidia’s top of the range RTX cards today. However, they come at a hefty price tag. Nvidia says “you have to pay to play.” And boy do they mean it! One of their top-end cards, the RTX 2080 Ti, costs around $1,700.

AMD Radeon RX graphic cards seem to consistently offer more bang for your buck in the lower price bracket. Nvidia, on the other hand, rules the high-end GPU market with more powerful and expensive cards. Another factor that should determine whether to buy NVidia or opt for team Red is your monitor requirements. Does your monitor support Nvidia G-Sync or AMD FreeSync?

G-Sync and FreeSync are technologies developed by Nvidia and AMD respectively. Buying a monitor that supports one of these features will help with synchronizing the display with the attached graphics cards, which helps to reduce screen tear and input lag. Again AMD tech (FreeSync) is cheaper than Nvidia’s G-Sync.

Performance You Get at Various Budgets

With price comes performance, especially when it comes to GPUs. A good GPU will enable you to play recent games at smooth frame rates. But a great GPU will enable you to play those games at a higher resolution as well as perform high-end creative work, like 4K video editing flawlessly. You’ll find such GPUs on the higher price bracket. Here’s our GPU performance hierarchy guide. 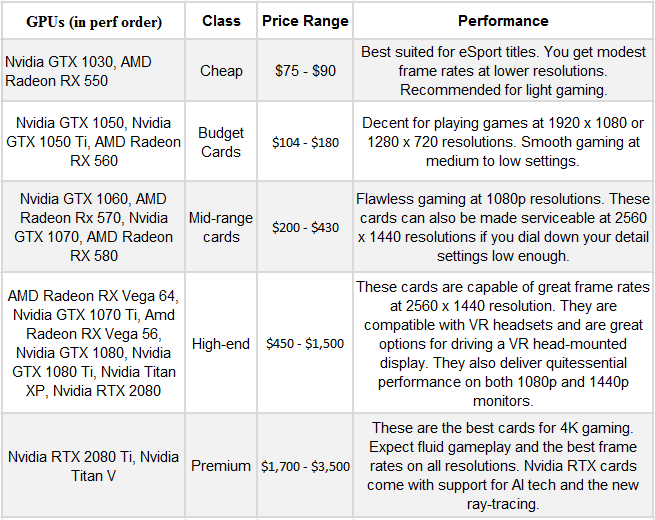 If you’re a hardcore gamer looking for full immersion and uncompromised 4K gaming and are ready to splurge, Nvidia RTX 2080 Ti is the GPU to go for. Currently, the RTX 2080 Ti rules the high-end gaming market with an iron fist.

What to Look for When Buying a Graphics Card

As mentioned earlier, there are many manufacturers in the market today, like Asus, EVGA, Gigabyte and more who make their own brands of graphics cards. These cards are all powered by either Nvidia or AMD GPUs.

However, they differ from each other in terms of memory type, heatsink used, speed, bandwidth and more. Knowing how each of these components work can help you choose the perfect card for you. Here are the things to look for when buying a graphics card.

Nothing can be more frustrating than excitedly opening up your case to install your new graphics card, only to realize it’s an inch longer. Before you commit to buy, do your homework and find out how much physical space your case can offer.

Take note of the power supply as well. How many amps can it supply on the 12v rails? How many watts is it rated for, and how many six- and eight-pin PCIe connectors does it have? Cross-reference this information with the graphics card you want to buy. If your computer can’t handle it, you’ll want to look for a graphics card that will require less power or consider a power upgrade.

Lastly, check the ports. Some monitors use DisplayPort, others have HDMI, and some older units only use DVI. Ensure the card you want to buy has the connectors you need for your monitors. If you buy a card with different ports from the ones on your monitor, you may have to buy an adapter at an extra cost.

Your system dictates the kind of graphics card you should buy. Knowing your system’s limitations can save you money and headache. For example, if you’re running an older dual-core CPU like Pentium or Celeron, it won’t keep up with high-end graphics cards. In such cases, go for mid-range cards and save your hard-earned money.

Your display is also an important factor to consider. You won’t require high-end graphics hardware if you’re using an older 1280 x 1024 resolution monitor. Conversely, if you intend to run three 1080p monitors in surround, a mid-range card will not get you decent framerates in modern 3D games.

Many will tell you that the bigger the graphics card memory, the better the performance. Well, that’s not always the case. Unless you’re using it with ultra-high resolutions, like 4K or with multiple monitors in surround, the quantity of RAM won’t make much difference. Also, most if not all high-end graphics cards come with high memory by default.

What you need to pay more attention to is bandwidth. Data ready to be processed by the GPU is usually stored on the card’s own dedicated memory called GDDR3 and GDDR5. Note that GDDR5 memory provides twice the bandwidth of GDDR3 clocked at the same rate. 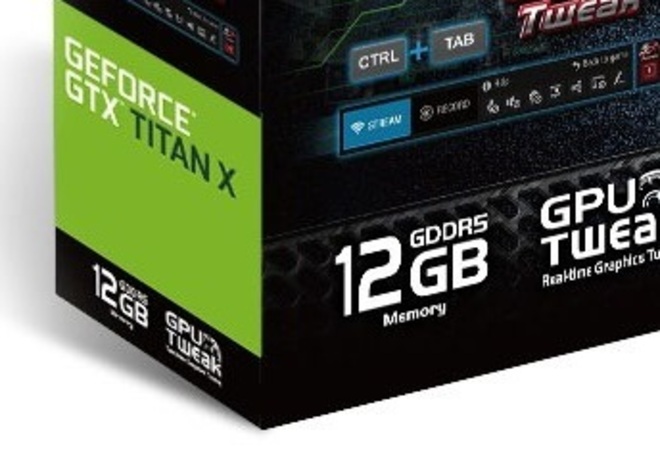 Since memory bandwidth is an important performance determinant, you should always choose GDDR5 for better performance. In fact, 1 GB of GDDR5 is more preferable than 4 GB of GDDR3, as far as performance is concerned.

While CUDA cores don’t tell you much about performance, they are very important, especially in gaming. CUDA (Compute Unified Device Architecture) is Nvidia’s proprietary parallel computing language that works to leverage the GPU in specific ways to perform tasks with greater accuracy. A CUDA core is Nvidia’s equivalent to AMD’s Stream Processors. 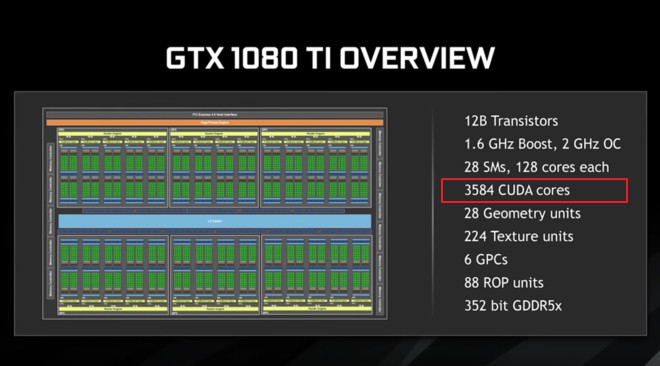 The more the number of CUDA cores or Stream Processors, the better the GPU is at rendering outstanding visuals. This is very important for handling intensive graphics work or in gaming where frame rates are paramount.

Just like CPU, the GPU produces heat for all the processing work it does, which is shown by its TDP value. TDP values indicate the amount of power required to keep the GPU at an acceptable temperature. The more power the GPU requires, the more heat it will produce. As such, always go for the GPU with the smallest TDP value.

Investing in a capable GPU will not only get you a capable PC for graphics intensive work but also give you a more fluid and immersive gaming experience. We hope our GPU buyer’s guide will help you to easily narrow your choices to only the right ones for your needs. Feel free to comment and share.