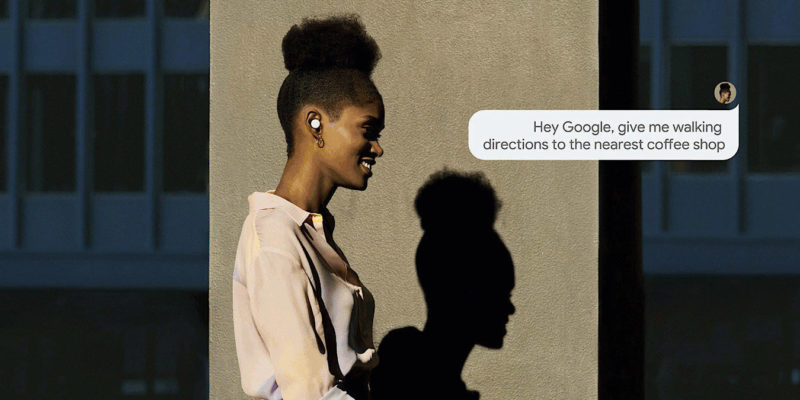 Google showed this week that, like Apple and Amazon, it can also pull out an event and announce several new or improved devices. It may not be with as flashy of an announcement as Apple’s, but they still seem to have the goods, while not being unique, with some of the devices chasing Amazon.

The Google Pixel 4 and Google Pixel 4 XL will be available October 24. With Pixels known for their cameras, it has an upgraded rear camera with a 16-megapixel telephoto lens and 12-megapixel main camera and can adjust brightness and saturation while setting up the shot in an HDR+ viewfinder while capturing clear nighttime shots.

Its radar sensor enables it to have the fastest unlock time of all smartphones, while it can tell when you pick it up and allow you to control it with air gestures. Additionally, a voice-recording app will transcribe the words it hears in real time.

Google’s answer to Apple’s AirPods were initially released in 2017 and are now getting an upgrade. Just like Amazon’s Echo Buds, the Pixel Buds will be Google Assistant-enabled and will be truly wireless for the first time.

They support a long-range Bluetooth connection, working three rooms away inside or up to a football field outside. They’ll have a five-hour battery life with the case adding another 24.

The improved Pixel Buds will be available next spring for $179.

The Pixelbook was also initially released in 2017 but is now adding the Pixelbook Go to the lineup. Available for a lesser price, it’s seen as a budget version of the initial Pixelbook. It’s lighter than the original despite having a battery that is 15% larger. While offered in a pink color for the first time, the pink version will not be ready just yet.

You can currently order the non-pink version of the Pixelbook Go for $649.

Following Amazon again, the Home Mini was released last year, similar to the Echo Dot. Once Google took over Nest this year, the new Home Mini became the Nest Mini.

It’s the same price as its predecessor and looks nearly identical as well. But it now sports a hook that allows you to mount it on the wall, and the bass is improved two-fold. A dedicated AI chip helps Google Assistsant learn your most-used commands to store and execute locally without the cloud.

Nest takes over the Google Wi-Fi mesh network as well. The router covers 2,200 feet and can add another 1,600 feet with the “Wi-Fi point” that doubles as a smart speaker. Smart home devices that are not Wi-Fi-enabled will still be able to connect without a third-party hub.

Are these devices game-changers? It doesn’t seem so, as they seem to be mostly following in Amazon’s footsteps. We’ll know once these devices ship if they pass the muster our out-do Amazon.

Are you planning on buying one of these new devices? Tell us in a comment below.