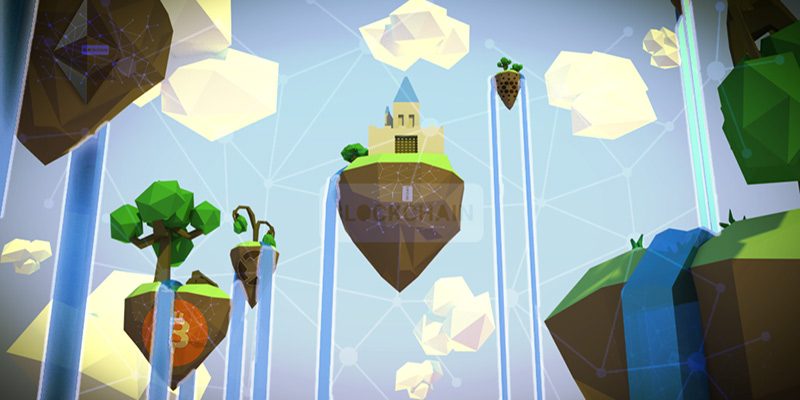 There are thousands of blockchains, all out to improve the way some system works: international money transfer, medical record-keeping, supply chain-tracking, etc. Here’s the catch, though: most of them can’t talk to each other, making their data useful mostly within their own ecosystems.

Every blockchain works differently, and there currently isn’t a set protocol that can reliably transfer data between multiple chains. That’s likely to change, though, as there are projects currently working on everything from chain-to-chain transactions to an “internet of blockchains.” If they’re successful, the way that data moves around the world and how we control it could change on many levels. 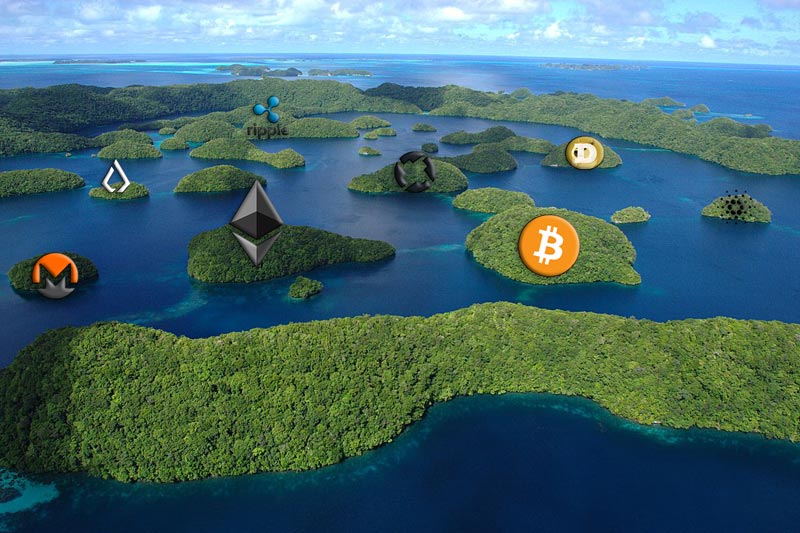 Bitcoin, Ethereum, Ripple, Monero, Cardano, and all the other blockchains/cryptocurrencies are like islands, each of them with their own government, ecosystem, and population. The islands can see each other but don’t have any way to reach each other. Even if they could get across, though, they all have different languages and different writing and organization systems.

If an intrepid traveler made it to a new island and fell ill, that island’s hospital would need to create a new medical history for him, since even if he had happened to bring along his medical records, the new hospital wouldn’t be able to read them and port them over.

That’s why blockchain interoperability is one of the most important issues in the space today. Blockchains are really just a new kind of data storage, and if that data can’t move around freely between systems, it becomes exponentially less useful.

What can we do with interoperable blockchains?

In its current form, the Internet lets you transmit any kind of data you want as long as you use standardized protocols, but what happens on either end of that network is up to the sender and the receiver.

Connected blockchains would look similar: a network that takes data from different blockchains, gets it to behave in a manageable way, and delivers it, not interfering with how either blockchain actually functions. This opens up a lot of possibilities: 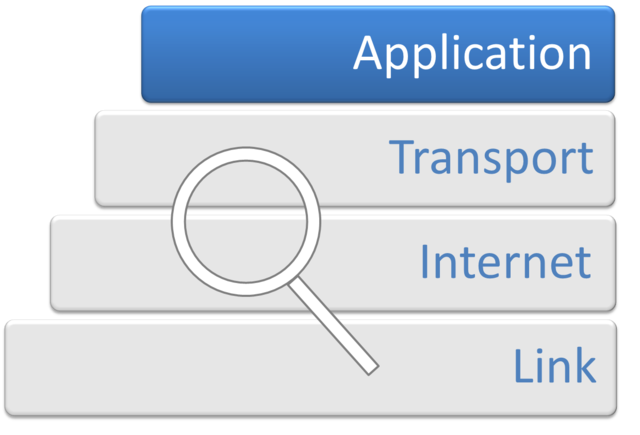 We need to build bridges, hire translators, and figure out ways to get some very different systems to play nice with each other. The technical challenges here are massively complex, but we have a few main options:

1. Blockchain platforms/sidechains: There’s no shortage of projects that promise more or less interoperability if you build on their infrastructure, but generally, the catch is that you only get to connect to the other blockchains that are tapped into the same system. Given how many platforms are out there now, there’s very little chance that every project will fall in line behind just one or two of them. This is like building a new island with one system and telling everyone to move there.

2. Open protocols: This is essentially how the modern internet works. Everyone has generally agreed that there’s a good way to connect things, with TCP/IP, DNS, HTTP, and a lot of other standards being universally implemented and used. Since most blockchain projects aren’t likely to agree on and implement a single communication standard, the best way to make this work would be by implementing an internet-like communication layer that any chain can tap into and send data over.

Projects like Interledger are working on this right now. This is like building a bridge network and establishing trade agreements and a common second language between the islands.

3. Multi-chains/metachains/parachains/bridge chains: These are probably the most popular solution in development right now, with projects like Polkadot, Cosmos, Aion, ARK, Block Collider, and many others all throwing their hat in. Though the approaches differ quite a bit, the general idea is that you can build relays or bridges from each individual blockchain to some sort of hub, which is itself a blockchain.

This is like building transportation hubs between the islands (airports, docks, etc) that come equipped with travel services designed to help visitors navigate unfamiliar territory.

Not just for blockchain geeks

While the technical side of blockchain interoperability is a topic that only a few people will really get excited about, the long-run implications are far-reaching. After all, the internet was also a bunch of islands in the beginning – before TCP/IP was standardized in the 1980s, there was no single protocol sending data around, and it took a while for anything resembling the modern unified internet to emerge out of the fragmented intranets.

Blockchains aren’t as visibly revolutionary of a technology, but they’re already changing the way we think about data, both on the macro and on the personal level. As debates over data handling and control heat up, we may see a lot more user-friendly blockchain-based technologies popping up with solutions to streamlining our digital existence.