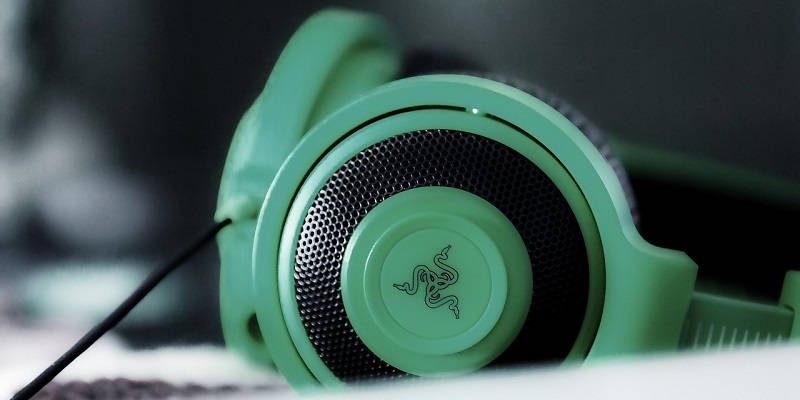 So you’ve just picked up a new pair of 5.1 surround sound gaming headphones, and you’re all set to bring your game to the next level — what’s next? Before you can just plug in and start fragging, there are a few settings to tweak and techniques you can use to guarantee you get the absolute best performance out of your headphones depending on the way you use them.

First, it helps to know the difference in gaming headset styles. The first is the more commonly used model, known as “closed-back” headphones, which means that the casing around the headphone driver is completely closed off from the outside world. The next are “open-back” headphones, which leave some of the space that would normally be closed off by the casing open to the surrounding environment.

Closed-back headphones make for a much more immersive experience since outside sound can’t leak in, but some gamers tend to think that open-back options create a larger, more accurate soundstage which can be better for identifying the location of footsteps in games like Counter Strike: Global Offensive or Rainbow Six: Siege.

Personally, I think closed-back headphones give you more control over how well your EQ settings perform (more on that in the next section), and some have also argued that open-back headphones can be harder on your ears since you often have to turn the volume up louder to counteract sound leakage from the outside.

That said, which style you go with will ultimately come down to your own preferences, as well as what kinds of games you plan to play using your headphones.

Once you’ve decided on the style of headphones you’re going with, it’s time to tweak your sound settings to hone in on the best equalizer settings for individual applications. There are several ways to do this, and that will usually depend on the brand of gaming headphone you’ve decided to go with.

Some companies like Astro and SteelSeries will include proprietary software with their headphones that let you customize the EQ of your headphones for optimal usage. Astro, in particular, will even let you sync the settings directly to the headphones themselves (in the case of the A50’s), which means you can take the presets with you wherever you go, including for usage on consoles and TVs as well.

If you’re using a pair of gaming headphones released by a company like Sennheiser, though, you’ll need to use a third-party EQ program like EqualizerPro to get the same results. Another strong recommendation in this category is the Razer Synapse Surround program, which costs $5 more than EQPro but is a lifetime license and also comes with several voice EQ settings that we’ll discuss below.

In general, it’s recommended to configure EQ settings for games in a way that favors highs and reduces bass, and may want to drop out mids entirely depending on the game. You can see in my example below that I’ve struck a balance between the bass and the mids, while cranking the highs up as high as they’ll go. This is because in competitive games you want to be able to hear things like the position of gunshots and footsteps over loud explosions to retain a competitive edge. 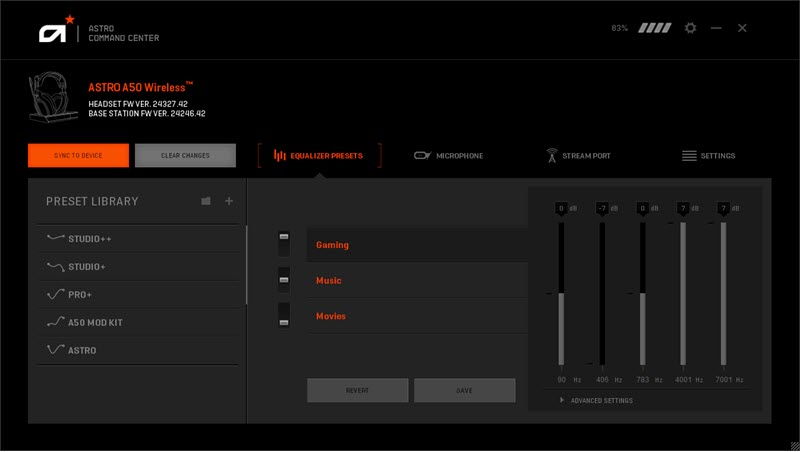 But, if you’re playing a more relaxing single player title with immersive sound and music like Subnautica, for example, you may want to go with a more bass-rich EQ configuration instead.

This next EQ setting will be highly subjective, and to get the most out of your headset you’ll probably want to try and have a different setting available for each genre of music you listen to rather than just sticking to the broad EQ configuration of “music.” We don’t recommend using the gaming setting for music, though, because there really isn’t a genre out there that requires you to drop out the bass and crank the highs as much as gaming does. 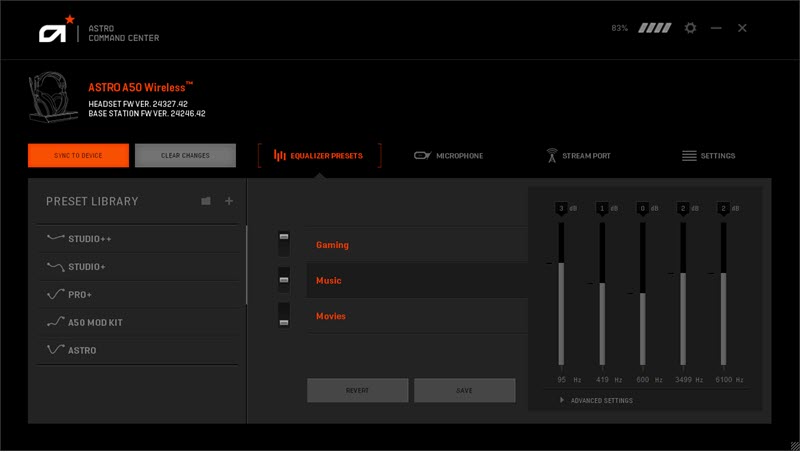 Personally I listen to a lot of bass-heavy electronic music, which means I fire up the lower end of the spectrum while keeping the highs within a decent ratio to the mids. Again, this changes on a track-by-track basis, and which EQ setting will fit your ear depends entirely on your own listening habits.

Movies are probably the most “balanced” EQ setting of the bunch, with bass and highs that reach around the same level on your EQ and mids that are about three-quarters of the way up. This gives big action scenes the kind of “oomph” you want out of a big explosion but also lets you hear what the characters are saying clearly without being drowned out. A dialogue-heavy drama may have different settings than a Transformers movie, but generally you can’t go wrong with using a similar EQ to the one shown below. 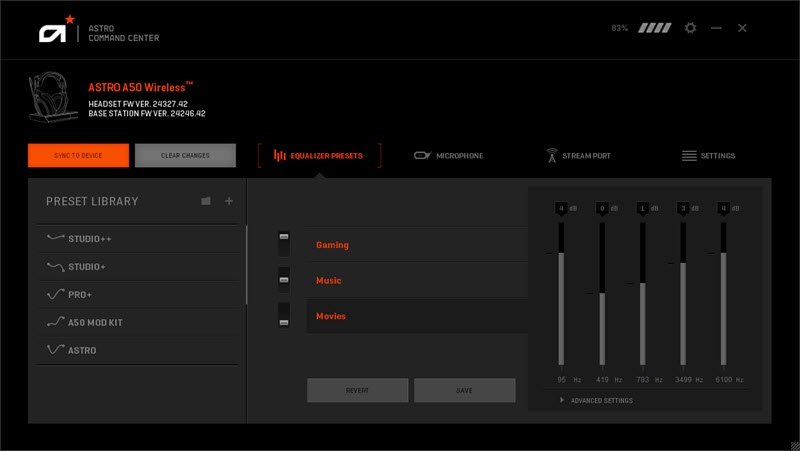 Finally, if you play a lot of multiplayer games, you’ll want to configure your microphone to properly pick up your voice without deafening your teammates in the process. This is where custom software like the Astro Command Center come in handy since they have a number of presets available that will adapt to the environment around you to gate out ambient noise and focus in on your voice instead. 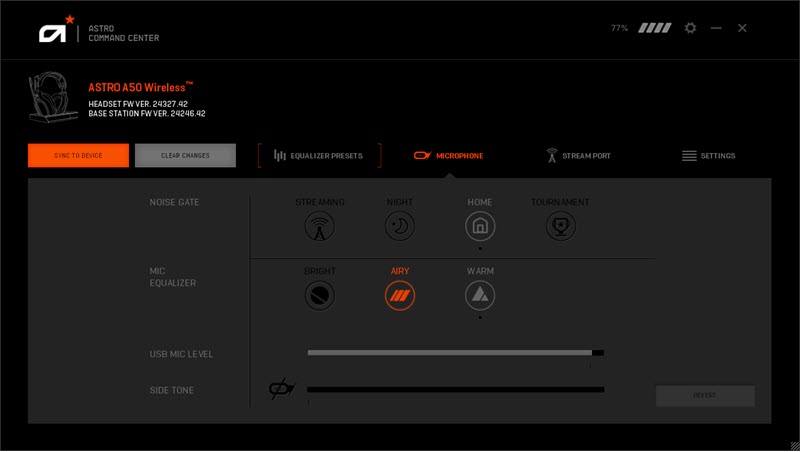 Gaming headsets can be a great way to improve your gaming experience and having them properly configured using a third-party EQ system will let you fine tune your experience and give you the edge the next time you’re battling it out online or off!