When helping a new iPad owner learn her way around the tablet the other day, I realized how much more there is to learning it if you’ve never had a mobile device before. Even if you have, all mobile devices aren’t the same, and what may work on one, might not work on another.

It can be a learning process for sure to figure out the way around an iPad’s touchscreen, from gestures to simply selecting something on a touchscreen. There are so many different nuances to the way something is selected with a single tap, double tap, long click, swipes, etc. But all anyone seems to mention are the gestures. The following is a listing of the gestures, as well as the different tapping and selecting methods for the iPad. 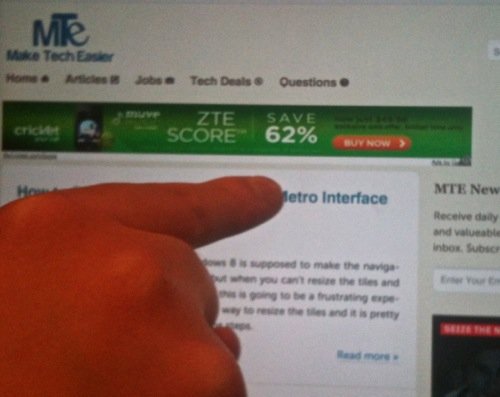 1. One Finger Select – Selecting something with just one tap is quiet easy, and is done so often on the iPad, as it replaces the click of a mouse. I’ve even gone back to my MacBook and forgotten what I was working with, trying to select something with my finger on the laptop screen.

2. Double Tap – This depends on where you’re doing it. If you tap twice in Safari it enlarges that section of the screen. Double-tapping again allows you to scroll up by section. If you do it over text in the Pages app, it selects the word, while doing it three times selects the paragraph. Third party apps sometimes use it completely differently. 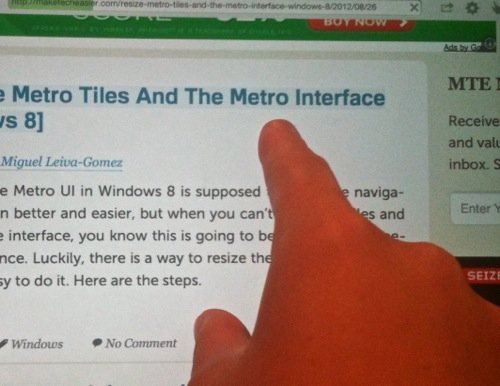 4. Long Tap – A long tap, that is tapping and holding for a second or so, has several different functions. In the onscreen keyboard, it brings up other characters, such as accented letters. Doing it on text that can be edited will produce a magnifying glass that will allow you to move the cursor around. Long tapping on a link will allow you to do other actions other that navigating to the link, such as copying the link. Doing it on an image will allow you the option to save the image to your Camera Roll. Doing it on email addresses, physical addresses, and phone numbers offers you options for saving them. A long tap on an app in the home screen gives you the option to delete it. Doing this action in Maps will drop a pin. 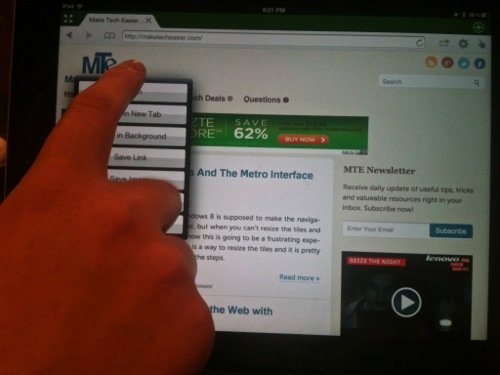 6. Five Finger Pinch – A five finger pinch allows you to go to your Homescreen, the same as tapping the Home button once. 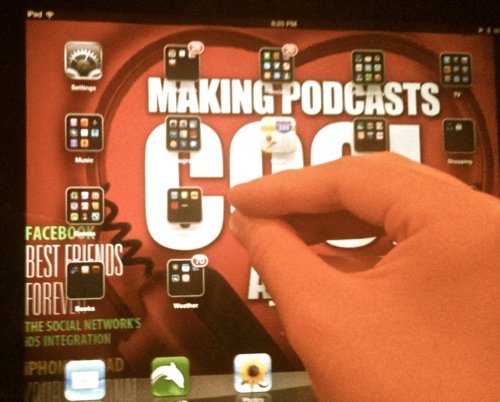 7. Four or Five Finger Swiping – This allows you to switch between your open apps – in order. Some planning to go along with this can make things much easier for you. If you have three or four apps that you are working with, you can open them in the order you’d like to refer back to them, and then zipping back and forth is easy as you just have to swipe with four or five fingers a few times here and there to get to the open app you need next.

8. Four or Five Finger Movement Upwards – This reveals the multitasking bar. All of your open apps are displayed here in order of last used, as well as volume control, iPod controls, brightness control, and orientation lock. This does the same as double-tapping the Home button. 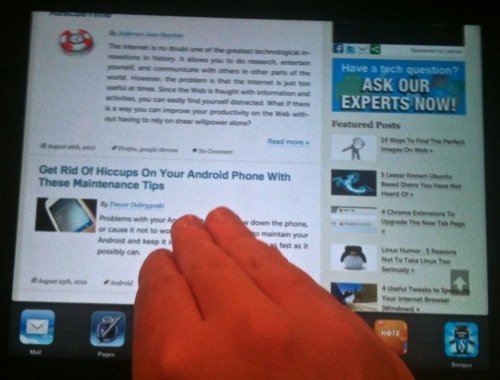 Truthfully, it’s a little hard to remember these in the beginning, but once you start to remember them, and realize how much easier it is to move around with these gestures, it makes you wonder why you didn’t start doing it a long time ago.

How to Transfer Voice Notes from iPhone
How to Back Up Your Whatsapp Chats in iOS
How to Set Live Wallpapers on an iPhone
Apple Pay Not Working? Here’s How to Fix It
Syncing macOS and iOS: How Do They Connect?
Last Minute Gift Ideas for iPhone and iPad Users
How to Disable Auto Brightness in iOS
How to Stream Playstation 4 Games to an iOS Device