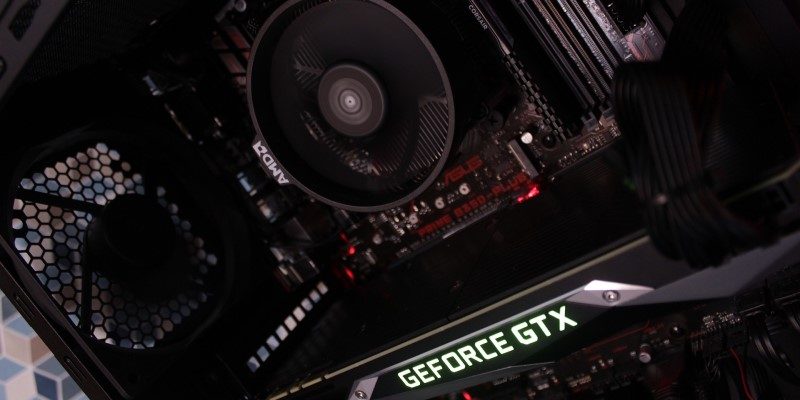 At a time when video card prices keep going up, it’s important to know how to best spend your money. People that work in marketing are certainly doing their jobs well, impressing with big numbers, cool designs, press articles and so on. You might be tempted to get that “deal” on 32GB of RAM that runs at 3600MHz just because those numbers look impressive. But that won’t boost your game FPS as much as you might think. In fact, the improvement is usually so small, it’s basically wasted money.

Just because you are building a high-end gaming PC doesn’t mean you have to pay an insane price for every single part. Here are some mistakes people make when buying parts for a gaming PC and how you can avoid them.

Related: Graphic Card Buyer’s Guide 2019: What to Look for When Buying a GPU

This might seem counter-intuitive. You’re a gamer: you want the best. You don’t want that regular RTX 2080 Grandma is using. You want that beast: “RTX 2080 Gaming OC eXtreme Edition.” But slapping the words “gaming” and “OC” (overclock) next to video card names is simply a marketing trick to make people pay more for almost the same hardware. Not to say that this applies to all gaming hardware. For example, a gaming mouse may be worth the extra price.

When a manufacturer launches a video card, it’s in their best interest to push their hardware to the (safest) limit. It would make no sense that a regular 2080 would score, say, 10,000 points in a benchmark, while the gaming version would score 12,500. It would mean that the entire team of engineers at a huge manufacturer left 25% of performance on the table.

“Gaming” video cards are simply slightly overclocked versions of the regular card. In some cases they may also have better cooling, but that’s it. That means that you might get, say, 5% more FPS in your favorite game.

However, the price for a gaming card is usually much, much higher than that of the regular version. So you might pay 30% more money for 5% more performance, which is clearly not a win for you. Furthermore, you can overclock a regular card just as well, and you will get the same boost in performance.

This means that rather than paying 30% more for a “gaming card,” just pay 30% more for another (regular) card that is 30% better (or in the vicinity of that).

Related: Buying Memory/RAM: What to Know

RAM Frequency Is Not Important in Games

Not to say that it doesn’t matter at all, but double the RAM frequency won’t give you double performance. Not even 50%. If you upgrade from, say, ancient 1333Mhz to 2666, you might get 10% more FPS as a best-case scenario. The improvements are usually much smaller than that. It does depend on how the game is coded, but most games won’t see significant boosts in FPS. That’s simply because the video card processes frames internally and rarely needs to access data in your system RAM while it’s rendering.

RAM speed may give you significant improvements in other areas, such as compiling programs, rendering videos, photos, etc., but it matters very little in gaming. So just pick a respectable brand of RAM and pay no attention to frequency. If lower frequency is cheaper, buy that and invest the money you saved in a better video card. You will see much higher improvements.

And, just like “gaming” video cards, just because it looks cool and claims to be optimized for games, it doesn’t mean it’s worth the extra money.

Related: Buying a Processor: What You Need to Know

Don’t Judge a CPU by Generation and Number of Cores

There is a huge difference in performance, between a first-generation Intel CPU and a second-generation. But when you go from second-gen to third, you won’t see significant gains. Sometimes a new generation brings improvements to the integrated GPU: lower power requirements and new features introduced.

But in terms of how fast it can process data, the improvements may be very small. It depends on what the engineers tried to improve on that specific new generation.

The rule of thumb is the same as above: don’t pay 50% more money for 10% improvements.

Regarding cores, you might get 60 FPS with a 12-core CPU and 80 FPS with a 4-core CPU. When it comes to gaming, single-thread performance matters much more than the core count. That’s because this is real-time rendering. From the time you click your mouse button to the time some action happens on the screen, the CPU has to rush and prepare data for the GPU. Having twenty-four cores won’t help it do that faster. Although, multiple cores can help in games where many things need to be processed at the same time. For example, hundreds of enemy units, with complex artificial intelligence, in a strategy game.

Think of single-threaded performance as how fast the CPU can respond. The faster it responds, the faster the video card can know what image to render. And think of cores as how many things at once the CPU can do.

Consult benchmark results to decide on your CPU. For example, if you google “i7-7700K passmark,” you will find this benchmark. Then google “ryzen 7 1800x passmark” if you think that CPU might be better and cost less. While the total score is higher, the single-thread rating is much lower.

We hope you’ll be able to save a few dollars by avoiding unnecessary upgrades, and reinvest it where it matters most: a better video card. May it never let you fall under 60FPS ever again! Well, at least for a few years.

How to Fix an Unformattable and Unusable USB Drive
USB Flash Drive vs. External HDD and SSD: Which Is Best for You?
How to Completely Reboot Your Home Network to Fix Network Glitches
How to Speed Up Your Printer and Make the Printing Process More Efficient
How to Upgrade Your Hard Drive to SSD
Why Does My TV Say No Signal? A Quick Troubleshooting Guide
AMD vs. Intel CPUs: Which Company Is Winning in 2019?
AMD vs Nvidia: Which GPUs Are Best in 2019?