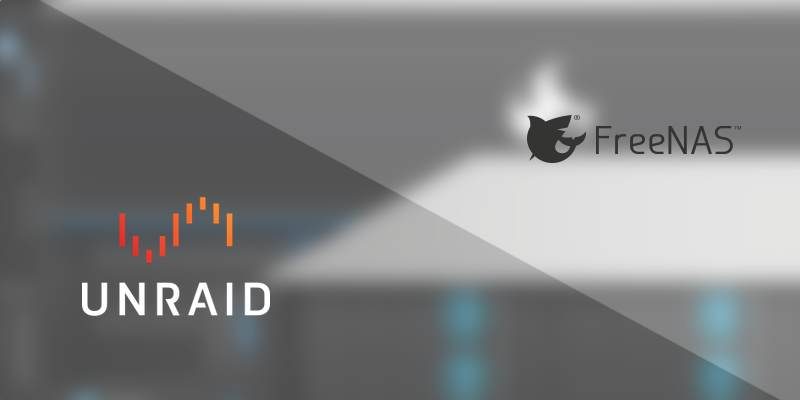 If you’re building a Network Attached Storage (NAS), you’ll know it’s more than just the hardware that matters. You need software to run on it as well. While you can use nearly any operating system, such as the Linux distribution of your choice, there are more specialized options.

FreeNAS and Unraid are two popular options, but it can be tough to figure out which one is best for you. There are a few factors that make it easier to choose which one to use.

FreeNAS is free, both in terms of price and in that it’s open source. The project is based on the FreeBSD operating system, and its source code is freely available on GitHub. If you’re using FreeNAS for a business, commercial support is available via TrueNAS, the project’s enterprise version.

Unraid has no free version and is closed source, owned by the company LimeTech. The software runs a proprietary operating system called Unraid OS. What you pay depends on the hardware you’re using.

In the project’s own words, “file sharing is what FreeNAS does best.” If you’re looking to store large amounts of photos, music, videos, or other files, FreeNAS will do that very well. It’s possible to use the software for other things, like a Plex server, but this is secondary to the project’s overall goal.

The features reflect this. For example, FreeNAS features built-in cloud backup, with support for Amazon S3, Azure, Backblaze B2, and Google Cloud. It also features email alerts, as well as integration with services like Slack and Hipchat to notify you of system events. 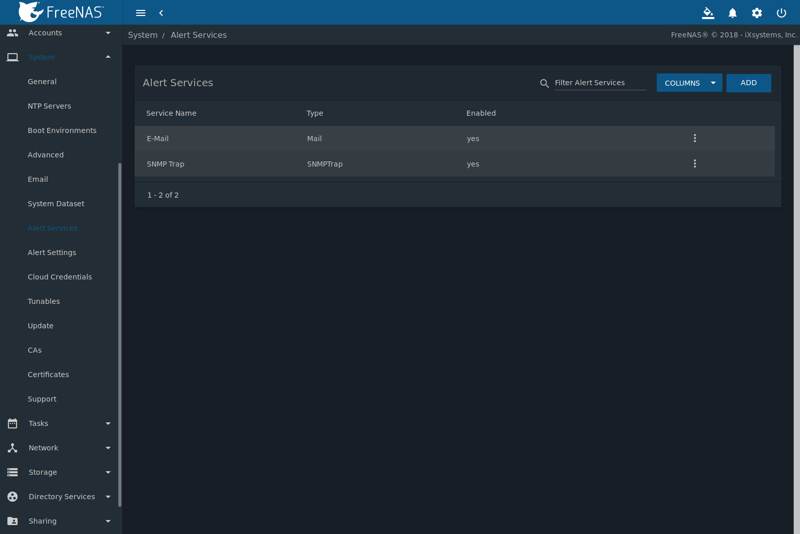 Ease of operating is also a major focus for Unraid. For example, unlike a traditional RAID setup, you can add any drive of any size, without having to worry about matching them. This focus on flexibility means it’s very user-friendly.

Both FreeNAS and Unraid include remote graphical control panels, encryption, and built-in support for protocols like SSH, FTP, and rsync.

Related: How to Create Your Own NAS With GlusterFS

FreeNAS generally has steeper hardware requirements than Unraid. First, you’ll need to be running 64-bit hardware, as 32-bit isn’t supported at all. For a small NAS, the requirements are a boot drive of at least 8 GB, and 8 GB of RAM. You’ll also need an Ethernet connection and at least one storage drive.

For a home media server, the project recommends a boot drive at least 16 GB in size and 16 GB RAM. As you add more storage, you’ll need to add more RAM. Otherwise, performance may suffer.

Like FreeNAS, Unraid requires a 64-bit CPU. Otherwise, the recommendations for a basic traditional NAS are much more lenient. For home users, 2 GB RAM is required, while 4 GB ECC RAM is recommended for business users. In addition, you’ll need an Ethernet connection and one or more storage drives.

For an application server, like a Plex or Minecraft server, the recommendations still aren’t too high. LimeTech recommends an i3 or higher CPU with at least two cores and 4 GB to 8 GB RAM.

When it comes to ease of use, users often cite Unraid as being the easier of the two to use. In the case of adding a drive, you power off the server, add the new drive, turn it back on, and it will show up under Unassigned Devices. Next, run a plugin called Preclear to prepare the drive for use, then format it. 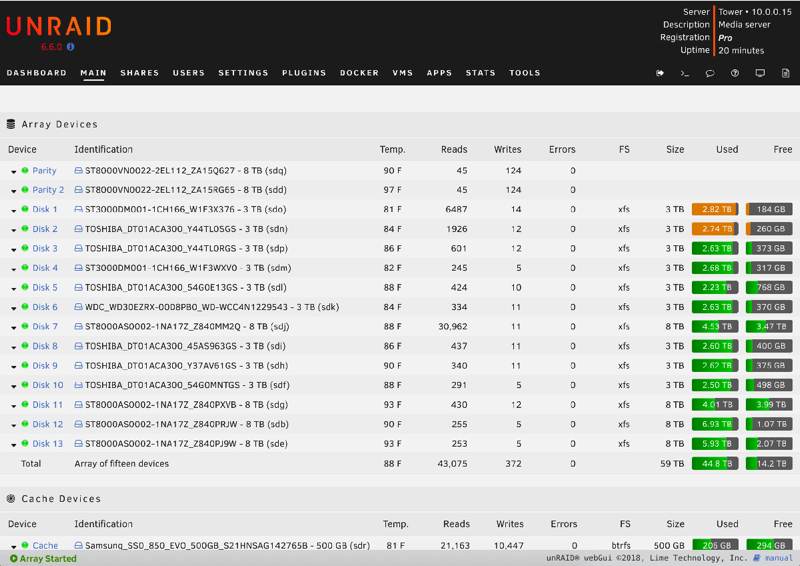 With FreeNAS, you instead have to extend the disk pool manually. This isn’t incredibly complicated if you’re familiar with the process, but it’s not quite as easy as Unraid’s method. You’re much more hands-on with FreeNAS, which some may see as a plus while others see it as a minus.

Both options offer a wealth of features, but in the end it will probably come down to ease of use and pricing. Unraid is a better choice if you’re willing to spend money in exchange for easier setup. If you’re willing to handle more of the setup yourself, FreeNAS can save you some cash. Just keep in mind that if you’re using more modest hardware, Unraid is likely to be a much better option.

Zinstall Migration Kit Pro: an Advanced, Automated PC Transfer Solution
The Four Best Data-Modeling Tools for Designing Databases
Edraw Max vs. SmartDraw vs. Microsoft Visio: Comparing the Best Drawing Tools
Update Multiple Computers Effortlessly with Patch Manager Plus
5 of the Best Game-Programming Languages for Developers
Keep Your Identity to Yourself with IdentityForce
4 of the Best Game Engines for New Game Developers
How to Use the Google Translate App Like a Pro