The more computing becomes a part of our daily life, the more having a WiFi connection becomes a necessity. For me, that’s become a main factor in determining some of the places I go, especially when I travel. Whether I’m working away from home, or just keeping up with my friends and family via email and Facebook, being online is a necessity. Because of this, apps that find WiFi hotspots are a utility, a necessity.

There are a lot of WiFi finder apps out there, including a handful of them that are free. With these apps, you should be able to find free WiFi hotspots … for free. Some of them are more basic than others, and some include everything you would possibly need in your search. 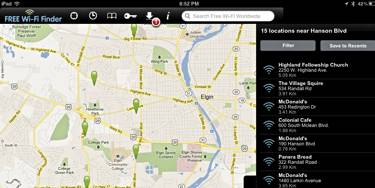 The first two apps include nearly every piece of information you would need in your search for Wi-Fi hotspots. Free Wi-Fi Finder and Wi-Fi Finder work and look the same, except Free Wi-Fi Finder doesn’t differentiate between paid and free Wi-Fi spots, and Wi-Fi Finder does. They both work on all iOS mobile devices, being optimized for whichever device is in use. The hotspots are plotted out on a map, and can either be found via GPS, or by address. Additionally, an offline map can be generated to help you search while you are away from a WiFi connection. Other key spots are located on the map as well, such as bars, gas stations, libraries, etc. However, not all are listed. 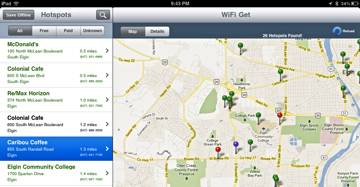 WiFi HD Free is similar to the first two apps, and WiFi @ is simply the iPhone version of it. What separates these apps from the first two is that they have offline results right out of the box, without having to load them separately. You can also save your search to be used offline as well. 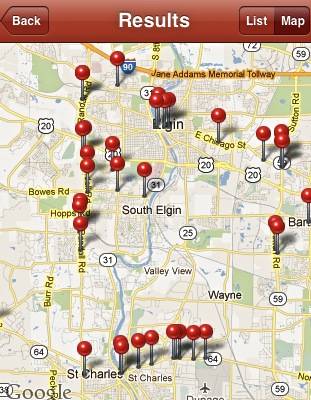 Free Wi-Fi Locator features the absolute minimum of features with no extras. Search for WiFi hotspots and plot them out on a map. That’s it. There’s no guesswork here. Find what you’re looking for easily and quickly. 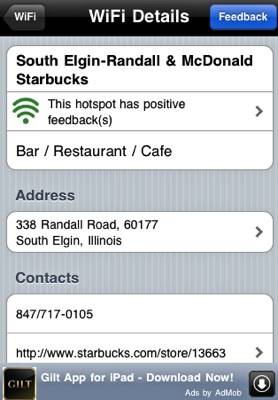 WiFi Finder offers a basic search for iPhone, just like the last app, with one difference. It allows customer feedback for the hotspots, although many are untested. No one wants to travel all the way to a hotspot, only to find out it’s not available, or that it doesn’t work as presented. This could save you some time, but again not all of them are tested out. It might be worth a look just to see if the spot you find has been tested or not, even if not many of them are. 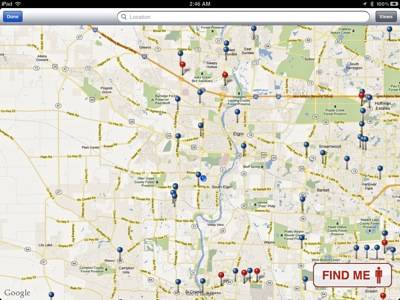 Boingo Wi-Finder works for finding hotspots other than Boingo as well. However, you do need an account. I don’t use Boingo regularly, but have used it when I’ve been in airports that do. I have paid a few dollars to use it for the day. Once this app asked me to sign in with my Boingo account, I used the info from when I used it before, even though it was a few years ago, and found it was still an active membership, despite not paying for it other than those few days I’ve spent in airports. It doesn’t show all hotspots that are available, though. Bingo hotspots are shown in red, and the blue hotspots are non-Boingo; however, those seem to be limited to the major ones, such as McDonalds, Starbucks, and Panera Bread.

Just the knowledge that all McDonalds, Starbucks, and Panera Bread provide free WiFi might be enough. As long as there is one of these restaurants near you, you don’t even need to search. Additionally, most hotels provide free WiFi to their customers. For times other than those instances, one of these apps will come in handy.