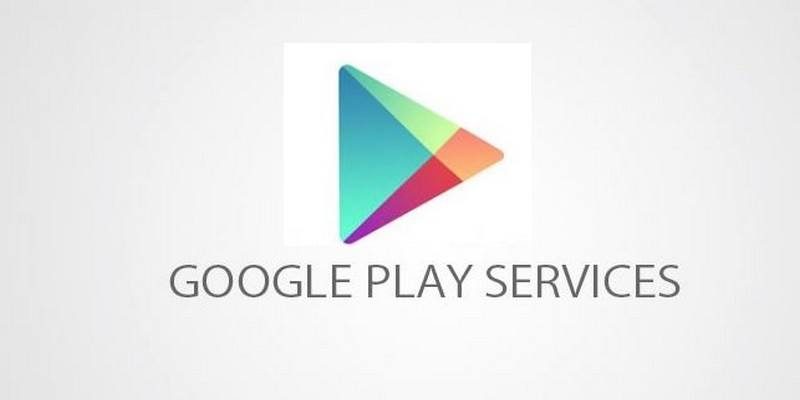 Google Play Services is sort of like the blast furnace powering many of the apps and functions of your phone. It’s an API package that essentially allows apps on your phone to communicate with each other, as well as with things like your GPS, to give you location-relevant information. It’s very important, in other words, but if it starts draining your battery, then that’s a problem.

Google Play Services’ battery drain is, to some extent, a misnomer, because it’s often caused by external apps and functions that use features like location, metrics, Wi-Fi and so on, which are handled by Services.

Usage of these features ends up being reflected in the battery usage of Services. We’ve put together a bunch of solutions that should help you fix it and get Play Services playing nice again.

How to Detect Google Play Services’ Battery Drain on Android

The good news is that to detect if Google Play Services is draining your Android device’s battery, you don’t need to install another app. It’s as easy as going into your device’s Settings and tapping “Apps & notifications.” 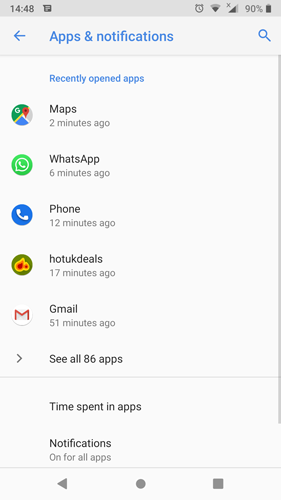 Next, tap “See all xx apps” scroll down to “Google Play services” and tap that.

Tap “Advanced” then take a look to see what it says under “Battery.” 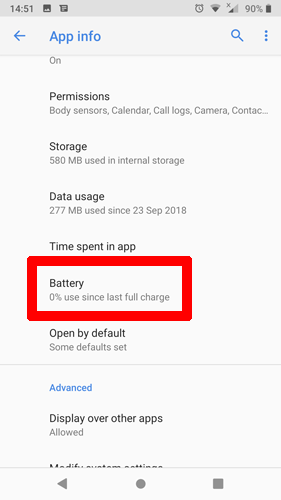 What percentage of battery has been used since the last full charge? If it’s using more than a few percent of your battery (i.e. if it’s going into double figures), then that’s too high, and you need to act to address the problem.

Related: How to Recalibrate Android Battery and Improve Its Battery Life

A simple first thing to try is clear the Google Play Services cache, which may have become bloated with excess unnecessary information that’s causing it strain. 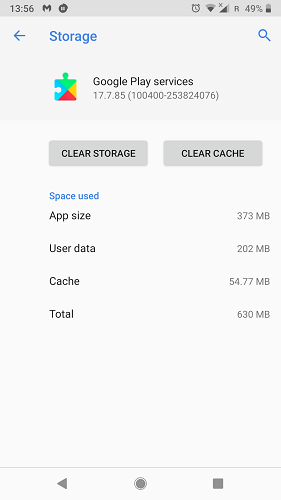 If you’re still suffering from battery drain, then the more radical step is to clear Google Play Services data, which will require you to sign back into your Google account after you’ve done it. 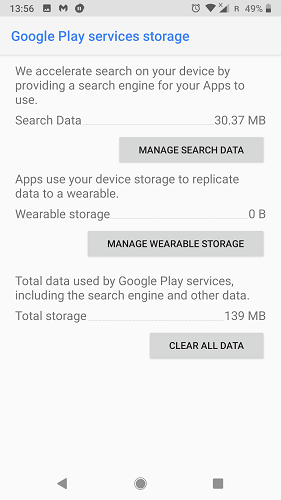 If you have more than one account connected to Google Play Services, that could explain the battery drain issue. Since Google Play Services has to look at your location for new events in your area, emails, notifications and more, it’s continuously running in the background. Therefore, the s even more money.

You can fix this by turning off auto-sync for various accounts such as your email, Calendar, and Drive, as well as third-party apps such as WhatsApp. To do this, go to “Settings -> Accounts,” then tap each account to see whether syncing is switched on or off for it. 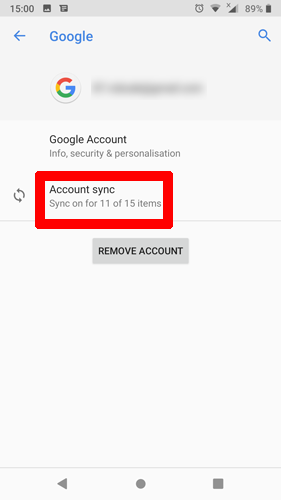 If it says “Sync on,” tap “Account sync” to go into that app and control the various syncing options for that app. Obviously, if auto-sync is very important to you for a given app, then leave it on and try turning off auto-sync on the less important apps first. 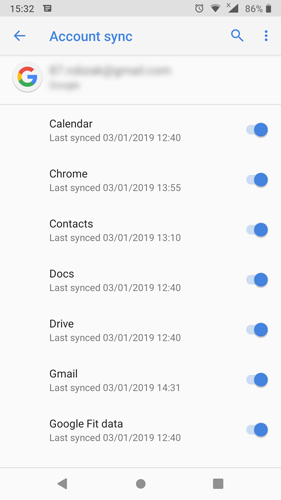 Sync Errors Could Be the Culprit

Whenever Google Play Services tries to sync data but can’t, you obviously get sync errors. These errors can also be the reason why you have to charge your phone more than before. Take a look at your contacts, calendar, and Gmail account, and see if you can spot any errors. Try removing any emojis you may have on any contacts, as Google doesn’t like that.

You can also try removing and re-adding accounts to try and fix those sync errors. Turning off mobile data in your device’s Settings for a little more than a minute can also help, but remember to turn it back on.

An App Is Requesting Your Location

There are plenty of apps that will ask for your location. The issue is that when they do, they ask for it through Google Play Services, which then uses your GPS to get that information.

Open the apps that are asking for your location and toggle off the location permission. You can do this by going to your device’s Settings -> Apps & notifications -> [App name] -> Permissions. 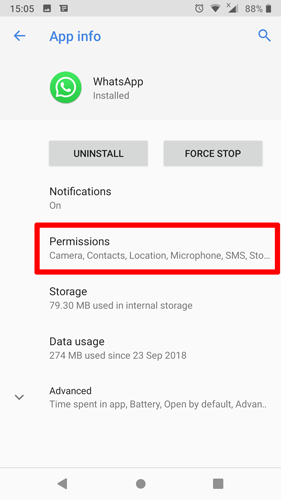 Once you’re here, tap the ‘Location’ slider to turn off location syncing, which can cut down on Play Services’ battery use. 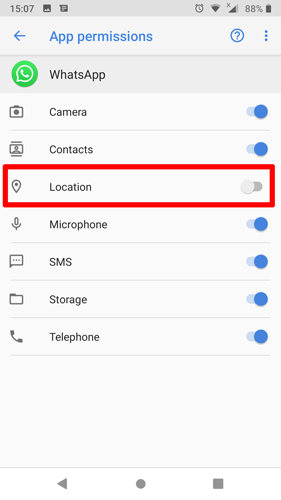 A misbehaving third-party app can also cause Google Play Services problems as well. Try booting into Safe mode to see if the battery issue continues; if it stops, then you’ll know what the problem is. Did I miss a tip you use? If so, share it with us in the comments.

This article was updated in July 2019.