After upgrading to OS X Mavericks, many users have reported that the Finder windows and desktop in their account has been crashing repeatedly. If this is happening to you, it is highly possible that Google Drive is the cause of the crash.

A number of users who have upgraded their precious Macs to Apple’s newest OS, namely OS X Mavericks have found that when they log into their systems, the Finder windows no longer run stably. Instead, it quits and relaunches repeatedly. This problem has also been mentioned again and again on Apple Support forum threads, including here and here. When this problem occurs, all Finder windows and desktop items disappear, and then after a little while, reappear. 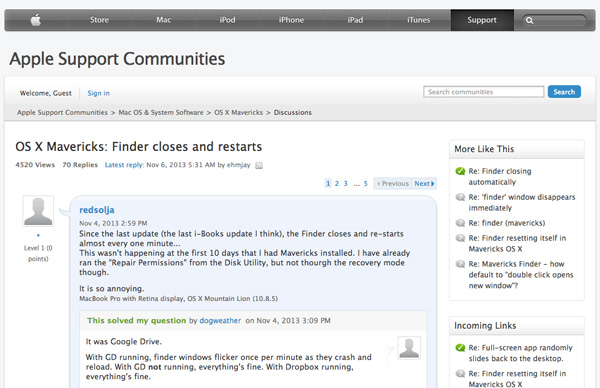 In addition to this problem, many users have also found that the system may switch to the desktop or to Finder windows while running other applications, without any specific action from the users. This issue was unlike other “break-in” problems which were experienced immediately after upgrading to Mavericks. The aforementioned issue started occurring days after users had made the anticipated upgrade to the new OS.

This specific problem appears to be related somehow to Google’s desktop client (current version 1.12, released on September 25) for accessing its Google Drive service. Whenever Google Drive synchronises, the folders that you have set up to sync should be showing a small sychronization icon next to them. It appears that the way Google Drive adds these sync icons to folders is the issue that is crashing Finder windows in Mavericks. 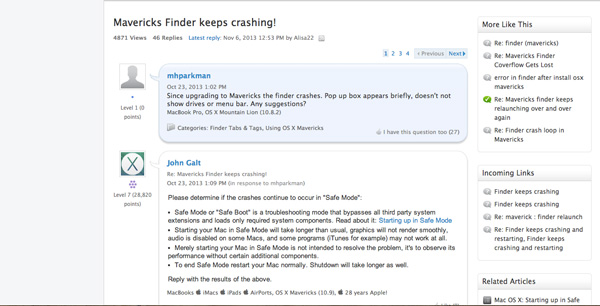 To clear the problem, Google has instructed users to simply quit and relaunch the Google Drive application.

But if the above mentioned solution doesn’t work for you, then there are a couple of approaches you can take to clear it. The first approach is to uninstall Google Drive from your system, which can be done with the following steps. But if Google Drive is a necessary part of your Mac, and you can’t live without it, try the second approach. 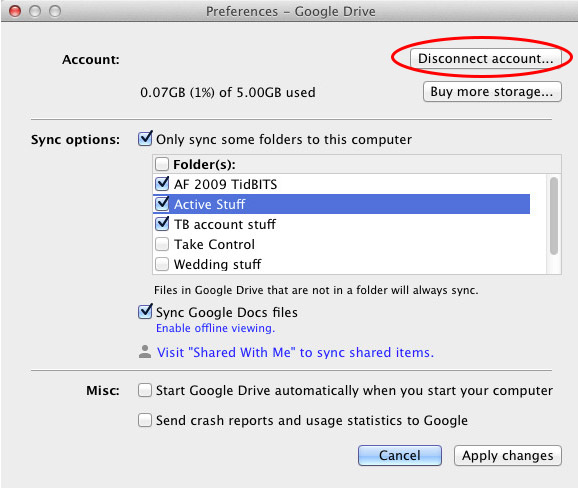 3. Drag the Google Drive application and folder to your Trash.

4. Log out and back in, or restart your system.

As we mentioned before, some users can’t really afford to uninstall Google Drive. If you need Google Drive at all costs, another solution is to simply disable the placement of sync icons in Finder. This is only a temporary solution that should work until Google updates its program to fix this problem, which should happen really soon. To do this, follow these steps: 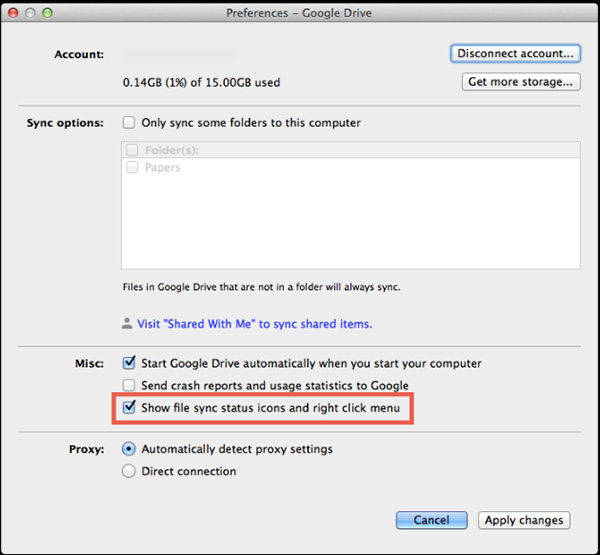 With this setting changed, Finder should no longer crash when Google Drive synchronizes; however, you will not see a visual indication of when a folder is being synced.

Hopefully Google will update its software to rectify this problem, but until then, these two options should keep your Mavericks system from experiencing repeated crashes.