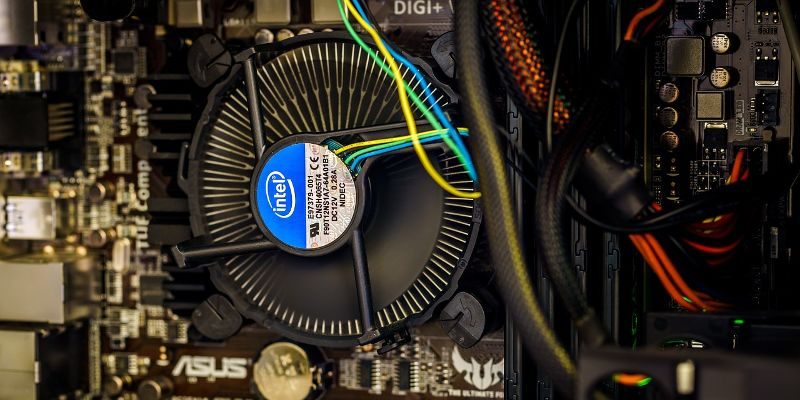 A loud fan in your PC is annoying, especially if, like me, you have a big old tower with a total of nine fans inside it sitting on the desk near your head. There are times when you need to bite the bullet and accept that your PC will sound like a light aircraft, such as when you’re doing temperature-raising activities like gaming and video editing. At these times, fans should kick into gear according to your PC settings, and increase their speed (RPM) to blow all that hot air out of your PC.

But during standard daily usage, your fans should be running nice and quietly, because browsing the web and writing emails isn’t exactly going to melt down your PC. Here’s how to take control of loud fans on your PC, adjusting their settings to suit you.

First Up, Clean the Inside of Your PC

How often do you clean your PC? Be honest – because it’s important. If your fans are louder than usual during daily usage, consider that perhaps they’re having to work extra-hard because a) they’re clogged up with dust or b) Your PC components are covered in dust, overheating more, therefore forcing your fans to work harder. Or maybe it’s both.

Really, you should be opening up your PC and blowing it out with compressed air every couple of months to keep it in good working order (I do it about every three months, which admittedly isn’t great). Open up your PC, blow the dust away, and see if that helps your fans (Remember, don’t shake compressed air canisters before using them – they’re not graffiti cans).

Change Fan Settings in the BIOS

As your PC is booting, repeatedly press the “Delete” key (or whichever key you have set to go into your BIOS) to enter your BIOS. 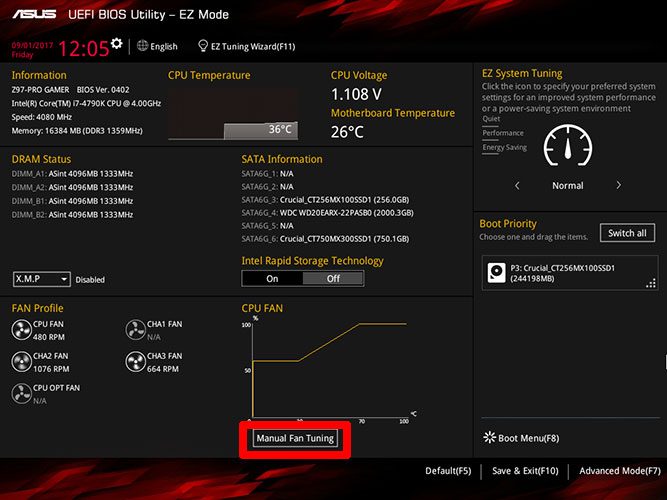 From your BIOS screen, go to “Manual Fan Tuning” where your fans should be listed. Here you can set various power/noise profiles, which you can select, and instantly hear whether they make your fans quieter. Bear in mind that a silent profile doesn’t need to come at a cost of higher temperatures – it just means that the default speed of the fan at low temperatures will be lower. It will still speed up when temperatures in your case get higher. Keep your ear close to your PC so you can learn which fan in the BIOS corresponds to which fan in your chassis.

You’ll also notice that you can switch each fan between PWN (Pulse Width Modulation) and DC (Direct Control) options. PWN fans usually have four-pin connectors, and can save energy (and cut down on noise) by functioning at lower RPMs/speeds. Generally, if you want to set a quieter noise profile, go for PWN when possible. 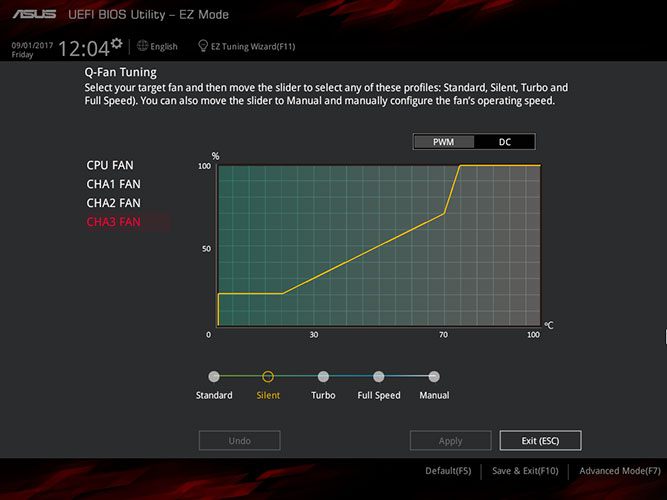 When you’re done, hit “Save & Exit” to reboot your PC with the new settings. 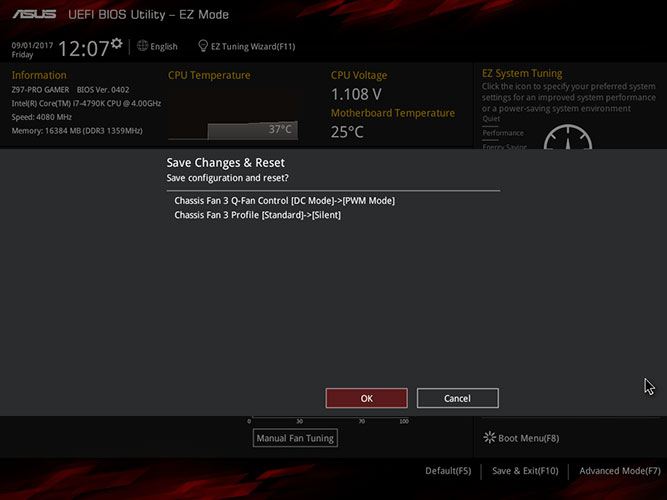 Speedfan isn’t my first choice for fan control because the app has a tendency not to always “see” all the fans plugged into your PC (it’s an independently developed app, and doesn’t always keep up with the latest developments in the PC fan industry).

With that said, it works for many people, and if you like tinkering then it’s worth a try. You can download the latest version of Speedfan here. 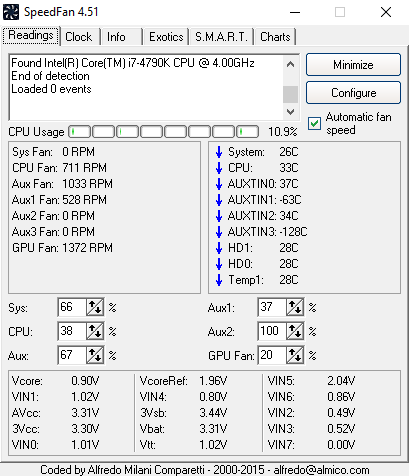 There are lots of controls to play with in Speedfan, but a starting point is tweaking the speed percentages of the fans from the main “Readings” tab. If you want to get more in-depth, click “Configure”, go to the “Fan Control” tab and tick the “Advanced fan control” box.

Here you can create fine-tune settings for your fans, deciding what the fan speed should be in relation to the temperature of various components in your PC. Click “Add” in the “Temperatures” box to select which component’s temperature your fan should correlate with (the CPU is always a safe bet), then you can change the temperature/fan speed graph by clicking the points you want the blue line to pass through. 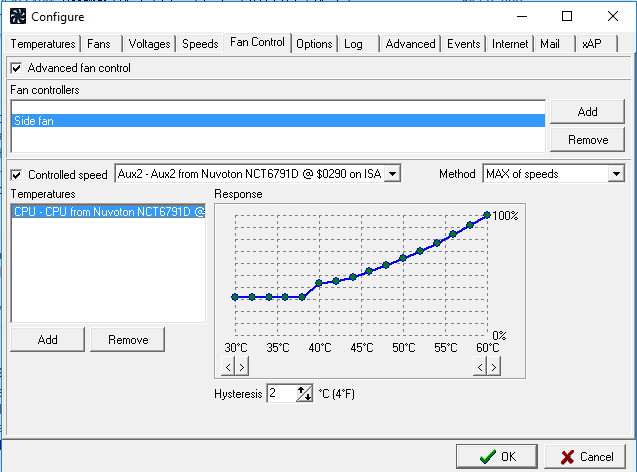 If a particular fan’s too loud in daily use, try lowering its speed when your PC temperature’s under 40C to 30%, then 25% etc. until its noise no longer bothers you, then hit OK. Remember to keep track of your PC temperature in the Speedfan readings to make sure it doesn’t get too high when you turn your fans down.

Hopefully with this guide you’ll gain more control over the noise of your fans, and prevent them gusting around when they don’t have to be. My suggestion is to always start by cleaning the inside of your PC, then playing around with the fan speed presets in the BIOS, before moving to Speedfan if you’re feeling confident.