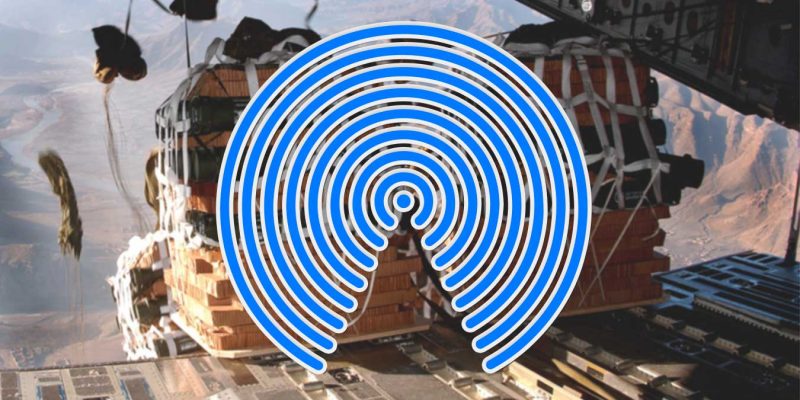 AirDrop is, in many ways, a feature without an interface. It either works, or it doesn’t, and there isn’t a ton the user can do when it breaks. When it does work, it’s magical. When it doesn’t work, it can be infuriating. Here a few commonly-overlooked solutions to AirDrop problems on your Mac and your iPhone.

How Does AirDrop Work?

AirDrop uses Bluetooth to create an ad hoc, peer-to-peer Wi-Fi network between the two devices. This connection uses the Wi-Fi antennas to transmit data and Bluetooth Low Energy to detect devices and establish the connection. Once the data transfer is completed, the ad hoc network is dissolved. AirDrop does not use slower near-field communication (NFC), which some Android devices use for local file transfers.

The transferred data over AirDrop is encrypted during transit, so it cannot be intercepted or read by an outside observer. AirDrop will automatically detect any compatible devices, and only requires a reliable Wi-Fi connection for file transfers, allow transfer at a greater distance than Bluetooth would support. Devices can connect up to thirty feet away from each other.

Related: How to Use AirDrop Over Ethernet and Unsupported Macs

Is AirDrop Turned On?

Of course it is, I can hear you insisting. But actually take the time to check! There’s a reason this is the very first thing you should do. You can check the AirDrop icon Control Center on iOS and iPadOS and in Finder’s AirDrop tab on macOS.

1. Is Your Device Supported?

All newer Apple devices are supported in Airdrop, so there’s a chance this won’t be the issue. Still, do make sure your specific device is supported. Here’s the complete list of supported devices:

AirDrop between Mac and iPhone or iPad:

AirDrop between Macs (both computers):

In order to share files over AirDrop, both devices need to be on the same Wi-Fi network. Check your network connections on both devices to ensure you’re using the same network.

But what about subnets on dual-band routers that use the 2.4 GHz and 5 GHz connections? These Wi-Fi networks tend to start with the same name and end with their GHz value. In theory, your iPhone could be on the 2.4 GHz network and your Mac could be on the 5 GHz network and still share files successfully, since the networks are both created by the same router. But if AirDrop isn’t behaving, you can eliminate a possible cause by connecting the devices to the same subnet.

If both devices are connected to the correct network, try restarting your Wi-Fi connections. Turn Wi-Fi off on both devices and wait at least ten seconds before enabling Wi-Fi again.

AirDrop doesn’t just work over Wi-Fi. It also requires an active and enabled Bluetooth connection on both devices. Check the Bluetooth settings on both the sending and receiving devices. If Bluetooth is off on either device, make sure to enable it. However, you do not need to actually connect to the device with Bluetooth. The Bluetooth connection is used passively, and won’t actually pair with a device during the transfer.

If Bluetooth is on, we recommend disconnecting any Bluetooth devices. Then, restart your Bluetooth connection by turn it off for about ten seconds before re-enabling.

Wake both devices from sleep and unlock both devices, entering passcodes or passwords as necessary. On older Macs, it can also help if you open AirDrop tab in Finder.

5. Set AirDrop to Allow Transfers from “Everyone”

The default setting for AirDrop is to only allow your device to be discovered by devices attached to the Apple IDs of people in your contacts. As you can imagine, there are plenty of ways this sensible restriction can fail to function as designed. Even a device owned by someone in your contacts might not be discovered properly, so it’s often easier to simply disable this protection. Note that this should only affect device discovery, not transfers.

Navigate to the AirDrop settings on the target device and select “Everyone”. If this is already set, leave it as is. If this setting is stuck on “Receiving: Off,” it might be blocked in parental controls.

6. Turn Off Do Not Disturb and Personal Hotspot

Do Not Disturb hides your device from incoming AirDrop connections. This way, you can’t be bothered by connection requests or file downloads. However, it’s easy to leave DND on accidentally. Visit the Notification Center on Macs and Control Center or Settings on iOS and iPadOS to turn off “Do Not Disturb”.

If nothing works, your final option is to restart both devices. You can also try sharing a different file from a different app, to see if there’s some kind of problem with the file or app you had been using at first. But, as with many Apple features, AirDrop either “just works” or it “just doesn’t.”